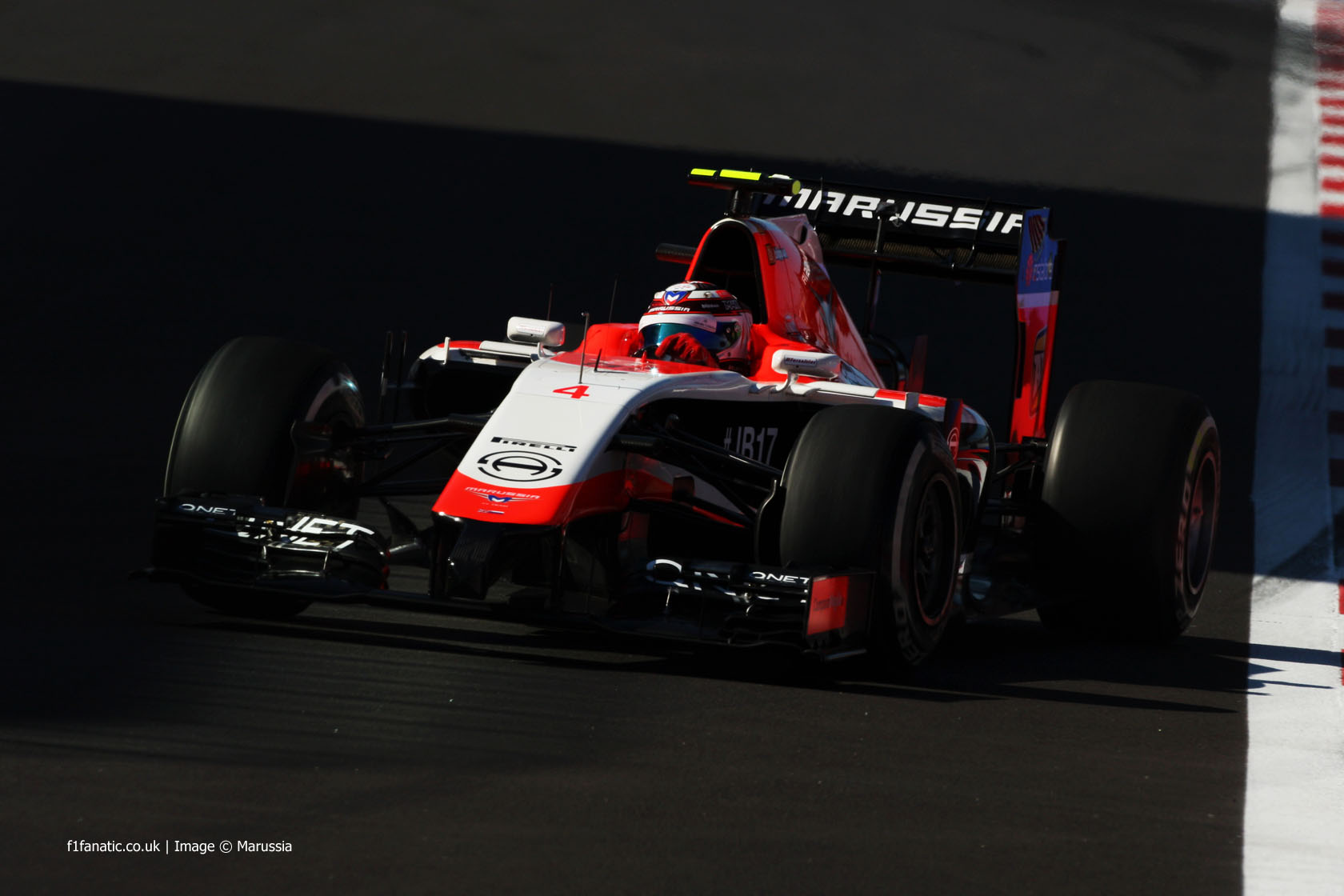 Manor F1 Team, the new identity of the former Marussia team, is continuing its efforts to compete in Formula One this year despite being refused permission to use a 2014 chassis.

The F1 Strategy Group decided against granting a dispensation to the team despite having previously indicated to Manor it would be forthcoming, the team claims.

“The team was informed on 5 January 2015 that the Strategy Group felt that two teams – Marussia and Caterham – should be permitted to race a 2014 car in the 2015 championship,” said Manor in a statement.

“The letter stated that the Strategy Group agreed that the car should comply with all of the 2015 technical regulations, with the exception of four articles, those articles being Articles 3.7.9, 15.4.3, 15.4.4 and 16.2. The team can confirm that the modifications to its 2014 car would meet this stipulation.”

Former Marussia CEO Graeme Lowdon, who now represents Manor, reacted to the Strategy Group’s refusal to let them use their old chassis. “I was surprised to hear some of the comments made today,” said Lowdon, “particularly regarding an application we were said to have made to yesterday’s meeting, which I can confirm was not the case.”

“We did make a request on 17 December last year and we have been working since to satisfy the requirements subsequently communicated to us, specifically complying with all the regulations, aside from the exempted articles.”

“The comments also mentioned that issues of compliance were raised, that it was felt that our application lacked substance and contained no supporting documentation to reinforce the case for offering special dispensation. Again, we did not make any application to yesterday’s Strategy Group meeting and nor were we asked to.”

Manor says a “significant number of staff” has begun work on converting its 2014 chassis to comply with the alterations originally requested by the Strategy Group, and it is working on a new 2015 car.

“We are doing everything possible to adhere to the process set out for us to return to the 2015 grid,” said Lowdon. “This is a fantastic good news story for the whole sport and we just want to go racing.”