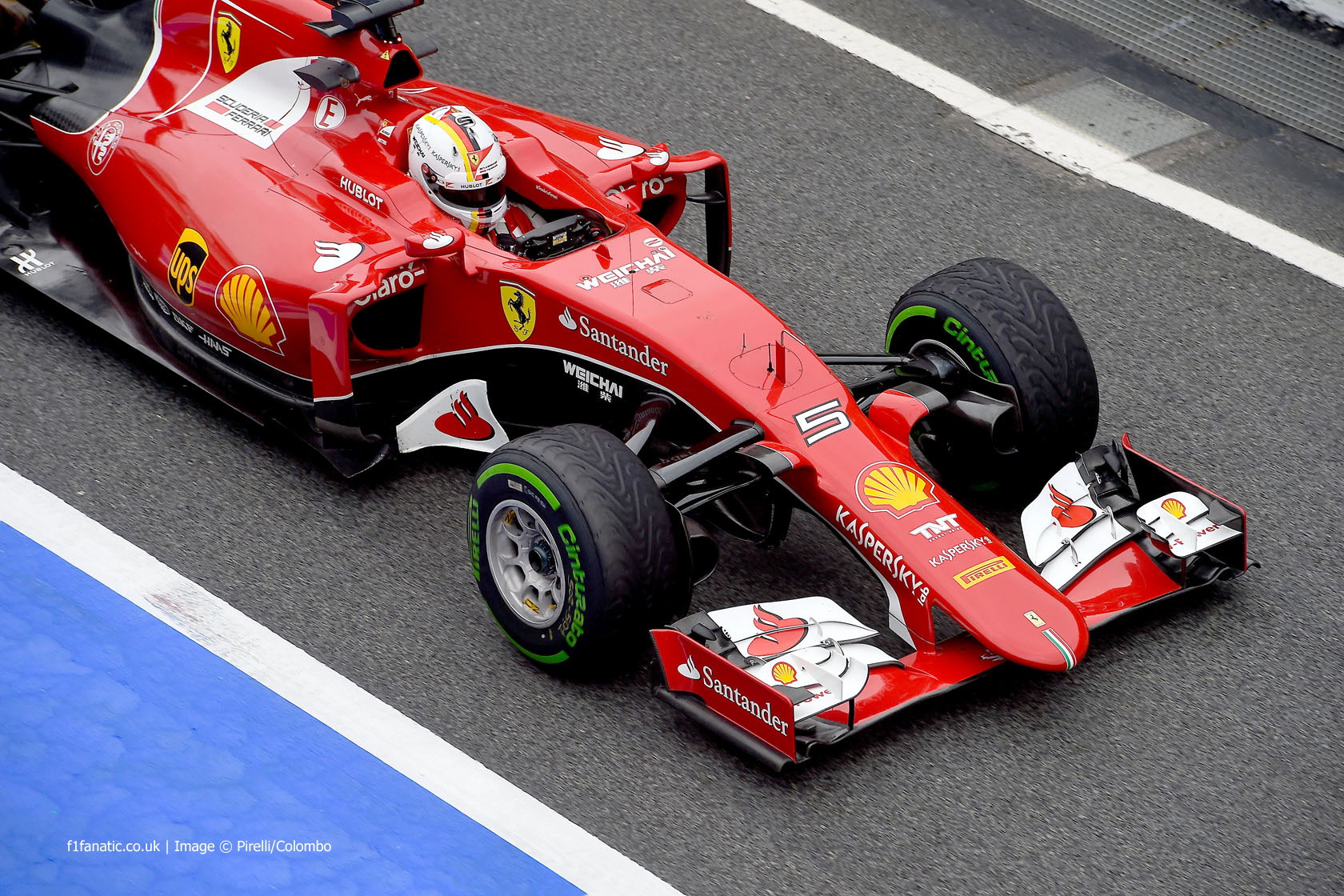 Sebastian Vettel accepted the blame for his spin at the beginning of today’s test session.

Vettel put his Ferrari in a gravel trap early at the beginning of the test, causing the session to be red-flagged.

“This morning I was sleeping a bit and, coming out of the pits on cold tyres, I spun,” he explained. “The least I could do was help the guys clean all the gravel out of the car.”

However once he returned to the track Vettel had a productive day, completing over 100 laps of the Circuit de Catalunya. “We worked mainly on reliability, doing a good number of laps,” he said.

Although the car has run consistently, Vettel says he is not yet sure how competitive it will be. “We are managing to run without too many problems,” he said, “but it’s really hard to tell where we are compared to the others.”

“In general, both me and Kimi [Raikkonen] are pleased with the way it handles, but there’s still a lot to do.”