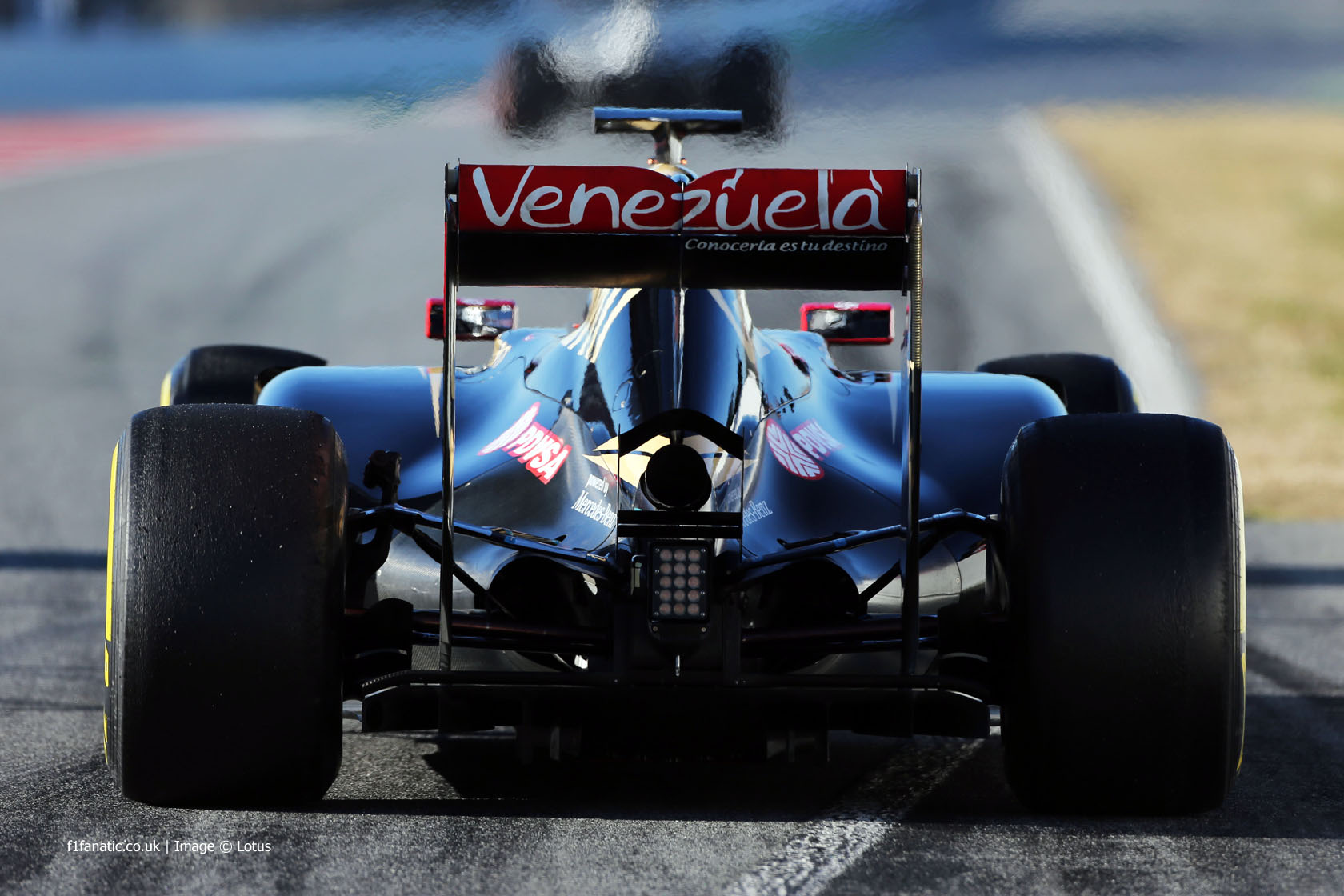 Lotus has become the latest team to confirm it only used a single Mercedes power unit throughout its pre-season testing.

Mercedes motorsport director Toto Wolff previously revealed his team used the same power unit over the course of the 12 days of testing, during which they covered 6,120 kilometres, more than any other team.

Now Lotus technical director Nick Chester has confirmed they also only used one engine. Lotus, which is using Mercedes power for the first time this year, completed 4,230 kilometres of testing.

Formula One engines will have to last longer than ever this year as drivers will only be allowed to use four power units per season. Each engine will therefore have to do a race mileage of over 1,500 kilometres – plus more for qualifying and practice.

“The power unit has strong performance and response and it’s extremely reliable – we’ve only used one unit throughout testing,” said Chester. “Its installation is nice which gives us some benefits, such as the way we’ve organised our cooling system.”

Renault has said one its power units completed “completed five grand prix cycles” during the tests at the Circuit de Catalunya. However McLaren’s Honda power unit only covered a total of 1,750 kilometres, and was changed more than once.

Chester admitted Lotus has taken a “conservative” route on cooling its Mercedes package ahead of the first race of the season.

“The area where we didn’t take too many risks was the engine installation,” he explained. “We wanted to be reasonably comfortable with cooling and we’ve been quite conservative ahead of Melbourne.”

“It’s been a challenge to fit the engine as the rear surface of the chassis is quite different and we had to do a lot of work to have a neat installation,” he added. “We’ve gone back to air to air charge air cooling because the packaging switch to Mercedes power on a short timeline meant we had to find a simple solution.”

16 comments on “Lotus also used a single engine throughout testing”