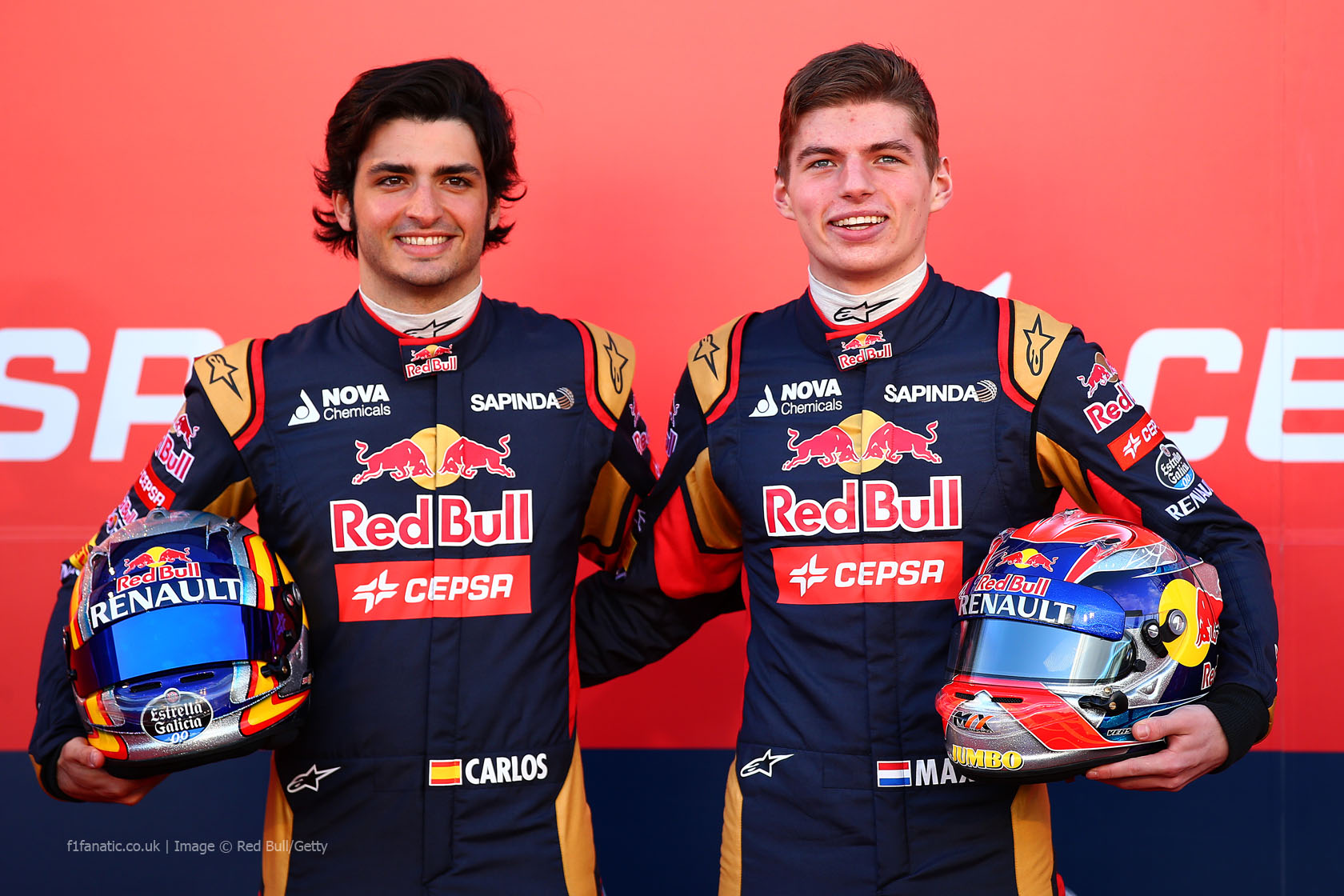 Four teams have kept the same driver line-ups for 2015, but three of the others have new occupants in both cockpits for the year ahead.

But from the front of the grid to the back, every driver starts with the same goal: To beat the guy in the other car.

Who will achieve that goal this year? Give your verdict on who will win the battle of the team mates.

Last year the drivers’ championship fight was an all-Mercedes affair. Hamilton decisively won the most races – eleven to Rosberg’s five – but the scoring system kept Rosberg in the hunt until the final round.

Rosberg never managed to beat Hamilton over a season when they were in the same karting team, and although he took the most pole positions last year he seldom had an answer for Hamilton on Sundays. Does he have something up his sleeve for 2015?

Which Mercedes driver will finish ahead in the championship?

Against expectations, Ricciardo walked into Red Bull last year and humbled four-times world champion Sebastian Vettel. So he would be forgiven for having concerns Kvyat might do the same to him this year.

But Red Bull’s newest driver arrives with a lot less experience than Ricciardo had when he moved up last year. Coming off the back of his breakthrough season, Ricciardo will surely be eyeing more wins this year, and a title shot if the RB11 is up to it.

Bottas has beaten both his team mates in F1 so far. Can he keep up the trend for a third season in a row?

He will have to fend off a rejuvenated Massa who enjoyed a strong conclusion to his 2014 campaign. Williams may find themselves having to cope with more on-track confrontations between their drivers – such as the testy encounter between the pair at Sepang last year.

Which Williams driver will finish ahead in the championship?

The first of two all-champion pairings in the field, these two endured bruising 2014 campaigns.

Raikkonen has the benefit of continuity within the Ferrari environment, and as the team has had over 12 months to develop this car to his liking there should be no reason why he might be as far off the car’s potential as he was last year.

Will Vettel take as long to settle in at Ferrari as Raikkonen did on his return last year? That may be the key to how this battle unfolds.

Which Ferrari driver will finish ahead in the championship?

Alonso is already on the back foot on his return to McLaren as the concussion he suffered in a testing accident will keep him out of the cockpit for the first race. He expects to be back in the car in Malaysia.

However with McLaren endeavouring to solve the myriad problems with their new Honda-powered car, even when Alonso returns we may not get a very clear impression of how he stacks up against Button in equal machinery. Reliability is likely to be a major factor in this fight.

Hulkenberg and Perez complemented each other very well at Force India last year. Hulkenberg scored the bulk of the team’s points, while Perez took their only podium finish, in Bahrain. Perez seemed to thrive on stop-start, high-traction circuits, while Hulkenberg was at his best on more flowing courses.

The pair are likely to be in the thick of the midfield fight this year, and we can expect to see Force India splitting their strategies to get the best from their drivers’ differing styles.

Which Force India driver will finish ahead in the championship?

Toro Rosso’s line-up of promises to be a tasty encounter for many reasons. Not only do they have two rookies in their cars, but this is also the youngest pair of team mates ever seen in F1.

Then factor in that long time junior team member Sainz was initially passed over for a place on the team in favour of newcomer Verstappen, giving each a huge incentive to put one over the other. Add the possibility that whichever driver comes out on top could be fast-tracked into a Red Bull seat, and we have a recipe for a very spicy intra-team contest.

Which Toro Rosso driver will finish ahead in the championship?

The two Lotus drivers were more concerned about their performance of their own machine rather than the other car last year. That should be different with the much more promising Mercedes-engined E23.

Both have shown tremendous speed, and both have had reputations for recklessness. Grosjean has gone some way towards shaking his off, but Maldonado crunched his car into several walls and competitors last year, indicating his racing aptitude is still not what it might be.

Which Lotus driver will finish ahead in the championship?

Sauber have cleared house for 2015, promoting Ericsson from Sauber and bringing in GP2 driver Nasr. On the face of it, you’d expect the driver with (almost) a year’s F1 experience under his belt to lead the way.

That won’t necessarily be the case, however. Nasr has a reasonable amount of recent F1 experience thanks to his outings for Williams last year. And Nasr had the beating of Ericsson in their last GP2 season together two years ago, despite Ericsson having considerably more experience at that level.

Manor: Will Stevens vs Roberto Merhi

The Manor duo have a mountain to climb in a team whose entry was only confirmed at the very last minute, driving a slightly updated version of last year’s car with a 2014 Ferrari power unit.

The pair raced each other last year in Formula Renault 3.5: Merhi won three races to Stevens’ two, but Merhi scored much more consistently and stayed in the hunt for the title until the final round.

However this may prove a short-lived contest as Merhi has only been confirmed to drive for the team in the “opening rounds” of the season.

Which Manor driver will finish ahead in the championship?

Revisit how the team mate battles unfolded in 2014: