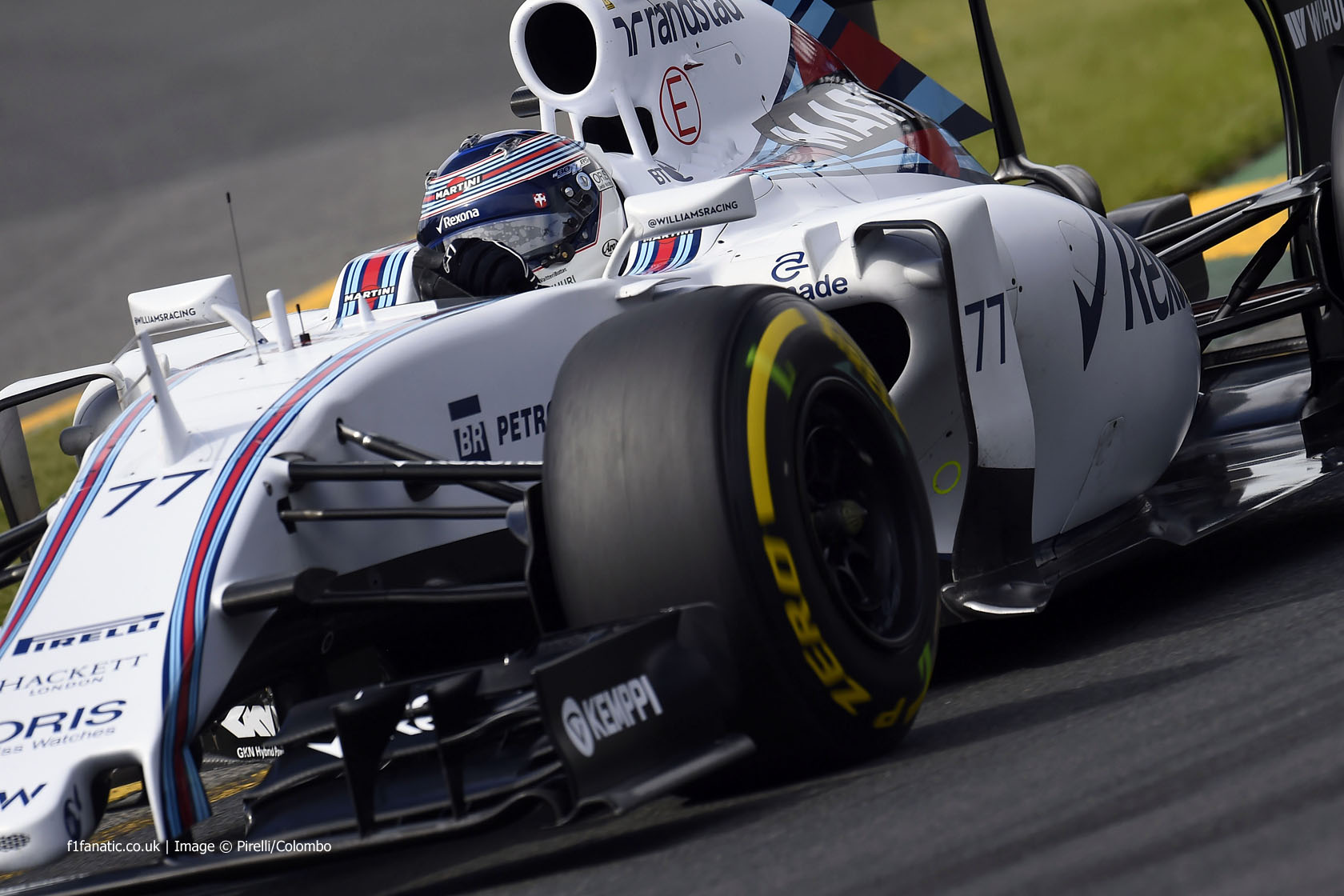 Valtteri Bottas will not contest the opening race of the 2015 season due to a back injury, Williams has confirmed.

The Williams driver was taken to hospital yesterday when he was found to have suffered soft tissue damage to his lower back during qualifying yesterday. Following further inspection the FIA’s Medical Delegate has ruled he cannot start the race.

“Scans revealed that Valtteri had suffered has a very small tear in the annular part of a disc in his lower back,” said the team in a statement.

“Valtteri has since been evaluated by the FIA’s medical team and following a series of tests the FIA Medical Delegate has deemed Valtteri unfit to take part in this afternoon’s race.

“The team respect the FIA’s decision and will now work with Valtteri ahead of the Malaysian Grand Prix to ensure he receives the treatment required to get him back to full fitness.”

The news means only 17 out of 20 cars will participate in the first race of the season as both Manor cars failed to qualify.