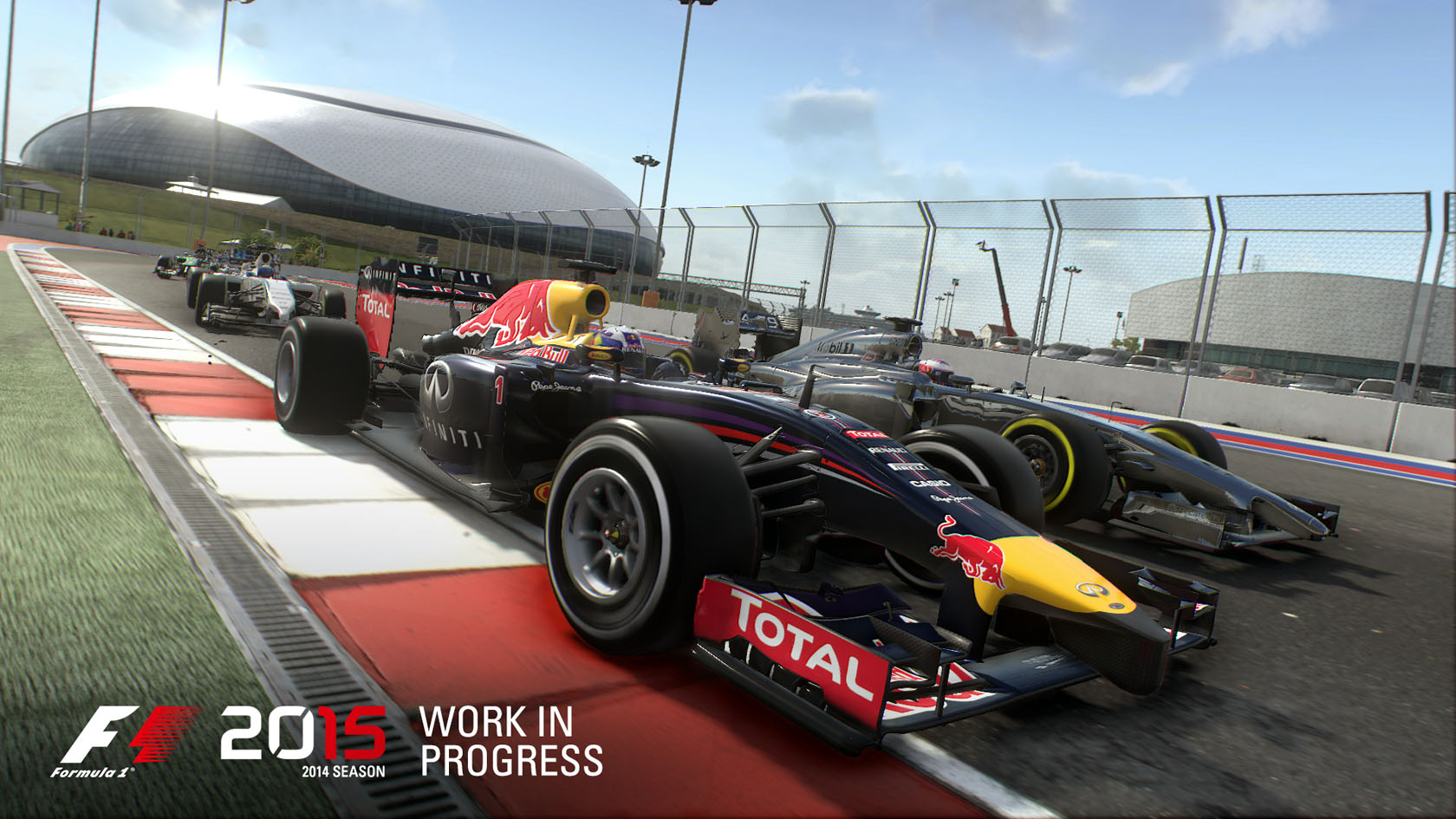 F1 2015, the latest edition of Codemasters’ official Formula One game, is set for an earlier release than its predecessors. The first F1 game for next-generation consoles will go on sale in June.

The game will run on a new version of Codemasters’ EGO graphics engine which the publishers say will offer “spectacular visual fidelity” and “a significant step forward in the physics-based handling model of the game”.

As well as all the teams, drivers and cars from the 2015 season, the new game will include last year’s season data as well.

“The handling is a vast improvement from our previous games. In particular our new tyre model is a superb step forward towards realism, letting you explore where the limit is and allowing you to instantly feel much more connected with the car. You can now experience the changes in grip caused by temperature changes, wear, car set-up, debris and weather conditions.”

F1 2015 will be released for PlayStation 4 computer, Xbox One and PC.

Order your copy of F1 2015 for Xbox One, PlayStation 4 or PC from Amazon using the links below you will also be helping to contribute to F1 Fanatic:

This year’s F1 Fanatic Predictions Champion will win a copy of Codemasters F1 2015 plus a stunning £1,600 gaming system from NVidia to play it on. The top 20 players overall will also win copies of F1 2015. Enter here for your chance to win: