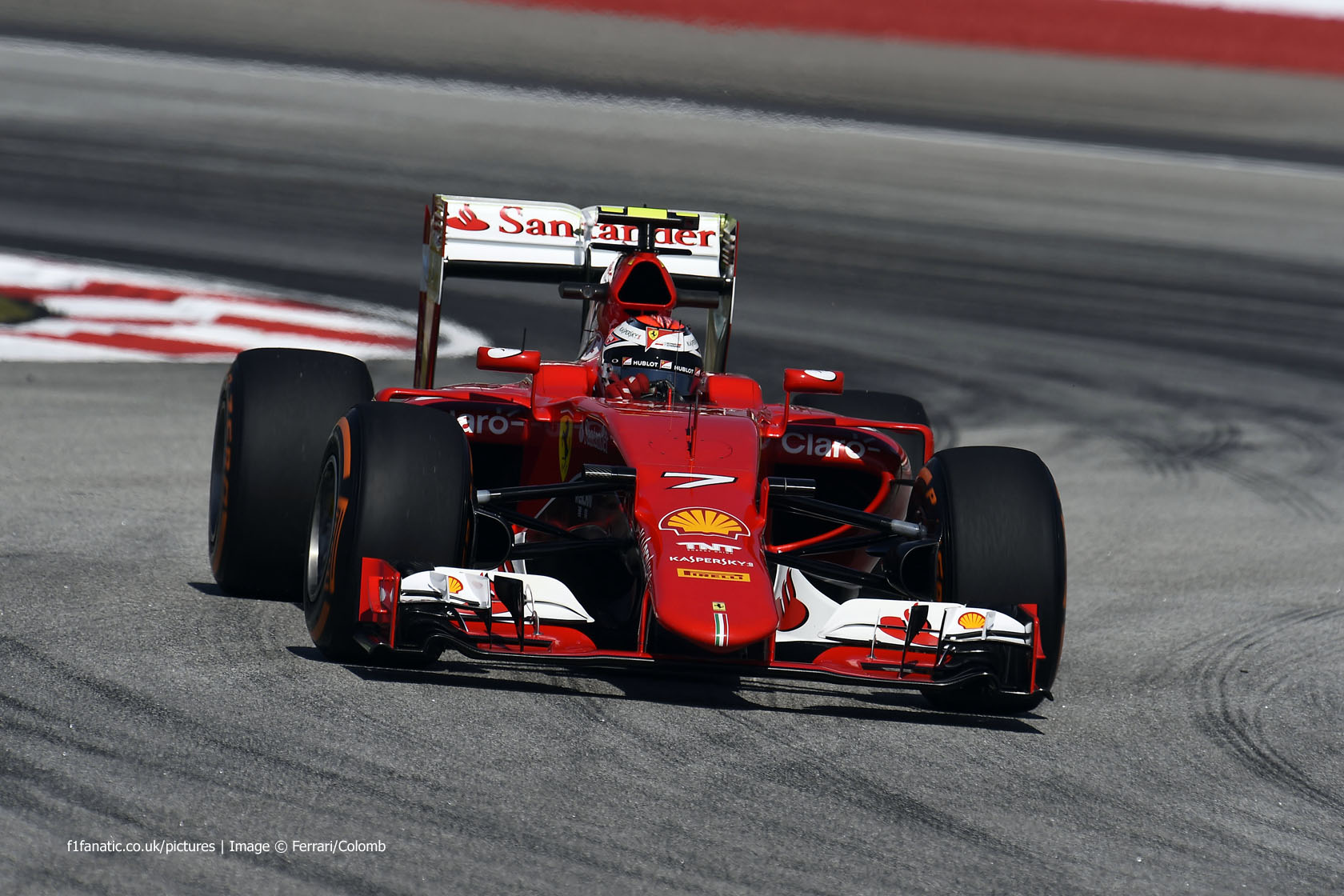 While there was doom and gloom after the Australian Grand Prix that Mercedes had pulled out an even greater margin over their rivals, practice for the Malaysian Grand Prix indicated Ferrari have made gains on the silver cars.

Stifling heat at the Sepang International Circuit made for slippery track conditions which caught several drivers out during today’s second practice session.

Pirelli expected to see a performance swing of up to a second a lap between its two tyre compounds and some drivers saw that. But the red flag caused by Roberto Merhi meant the Ferrari drivers had to abort their first run on the softer medium compound tyres and Sebastian Vettel and Nico Rosberg made mistakes.

Even Lewis Hamilton, who set the day’s fastest time, was hampered by a fault on his power unit inlet system which meant he was in a rush to catch up during second practice.

“In terms of set-up I didn’t have time to make any changes,” he said afterwards, “I just went with what we brought over from the last race. It’s probably quite a bit off where I’ll eventually want it so there’s definitely improvements to be made”.

“We’ll need to work hard too as Ferrari looked great out there,” he added. Ferrari’s late runs at the end of first practice brought them within a few tenths of Mercedes in that session, and they seemed to treat their tyres better in the fierce afternoon heat.

The medium and hard compound tyres Pirelli has brought to this race appear to be performing as usual. For the race, the hard compound is likely to be the preferred tyre, while the limited durability of the medium means it is likely to only be used for a short stint at the end of the race.

Here too Ferrari’s long-run pace looks respectable even compared to the Mercedes. The degree of drop-off in their lap times was comparable even in the punishing heat of the late afternoon.

As for the progress of those at the back of the field, Jenson Button is optimistic McLaren will have a better race than he initially expected. “I may have been wrong yesterday when I said that we might not be racing other cars on Sunday,” he said. “It would be a massive step forward for us if tomorrow we’re able to get in among some of the runners currently ahead of us in the pecking order.”

The are at least comfortably ahead of Manor, whose cars managed little more than half a race distance between them on Friday. In order to qualify they need to set a time within 107% of the fastest lap in Q1.

Will Stevens’ best effort was 105.93% off and Merhi was 107.45% away. Given the team are likely to find more time tomorrow, and that the front runners are unlikely to use the softer tyres or reach their full potential in Q1, the signs are good that Manor will make it onto the grid for the first race of the season.