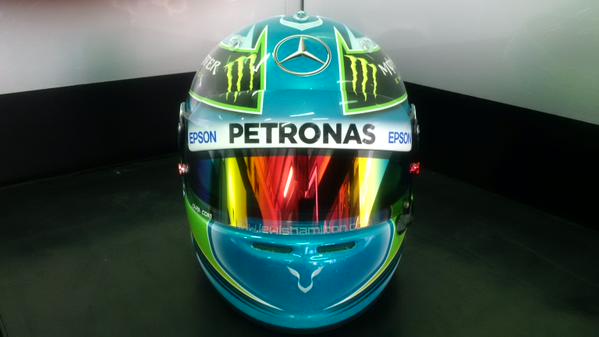 Lewis Hamilton is the first driver to have been affected by the FIA’s new rule preventing drivers from altering their helmet designs.

The reigning world champion planned to use a special helmet design for this weekend’s Malaysian Grand Prix, but says he will not do so because of the rule which was introduced for this season.

“I had a special helmet made this weekend to celebrate Petronas and Malaysia as I love this race,” Hamilton wrote on Instagram, “but due to the FIA’s new rule of not allowing drivers to change their helmet designs, I cannot wear it”.

Drivers are required to use a helmet “in substantially the same livery at every event during a championship season”.

Hamilton, who won last year’s Malaysian Grand Prix, sported his usual helmet design during the first practice session but stopped with an engine problems on his fourth lap.