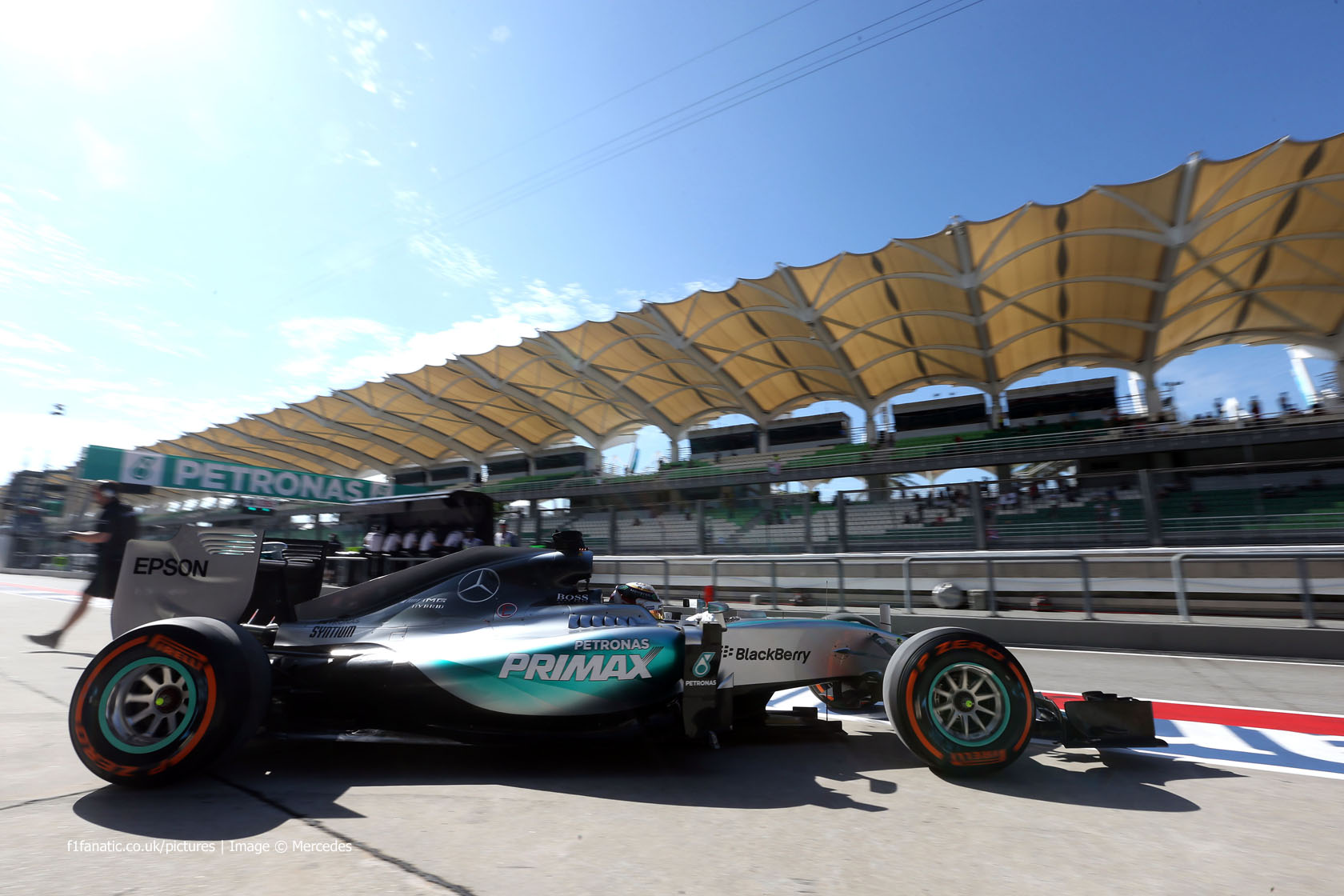 Lewis Hamilton overcame a series of problems to lead the second practice session at a searingly hot Sepang International Circuit.

Hamilton’s car was still being worked on as the session began following the power unit glitch which halted him in first practice. The team said the problem will not compromise his allocation of four engines for the season.

Further telemetry problems hampered his progress once he joined the track. However a late performance run on the medium tyres was enough to put him on top of the times by three-tenths of a second.

Team mate Nico Rosberg made a mistake on his medium-tyre run, and with track temperatures pushing 60C found he could not find time on his second attempt.

Both the Ferrari drivers also had compromised performance runs. Kimi Raikkonen and Sebastian Vettel were among the first to take to the track on the softer tyres, but had to return to the pits when the session was red-flagged.

The red flags came out after Roberto Merhi pirouetted his Manor into a gravel trap at turn 11 having covered just half-a-dozen laps. Once the session resumed Vettel had a similar spin, but avoided getting stuck in the gravel and was able to continue.

Daniil Kvyat was fourth-fastest for Red Bull but headed for the pits in the final minutes after reporting a problem with his engine. His team mate also suffered cars problems and only covered a handful of laps.

The Lotus drivers had problems too. Pastor Maldonado’s car shed part of its left sidepod early in the session, while Romain Grosjean reported a loss of power on his car and after turning into the garage never emerged again.