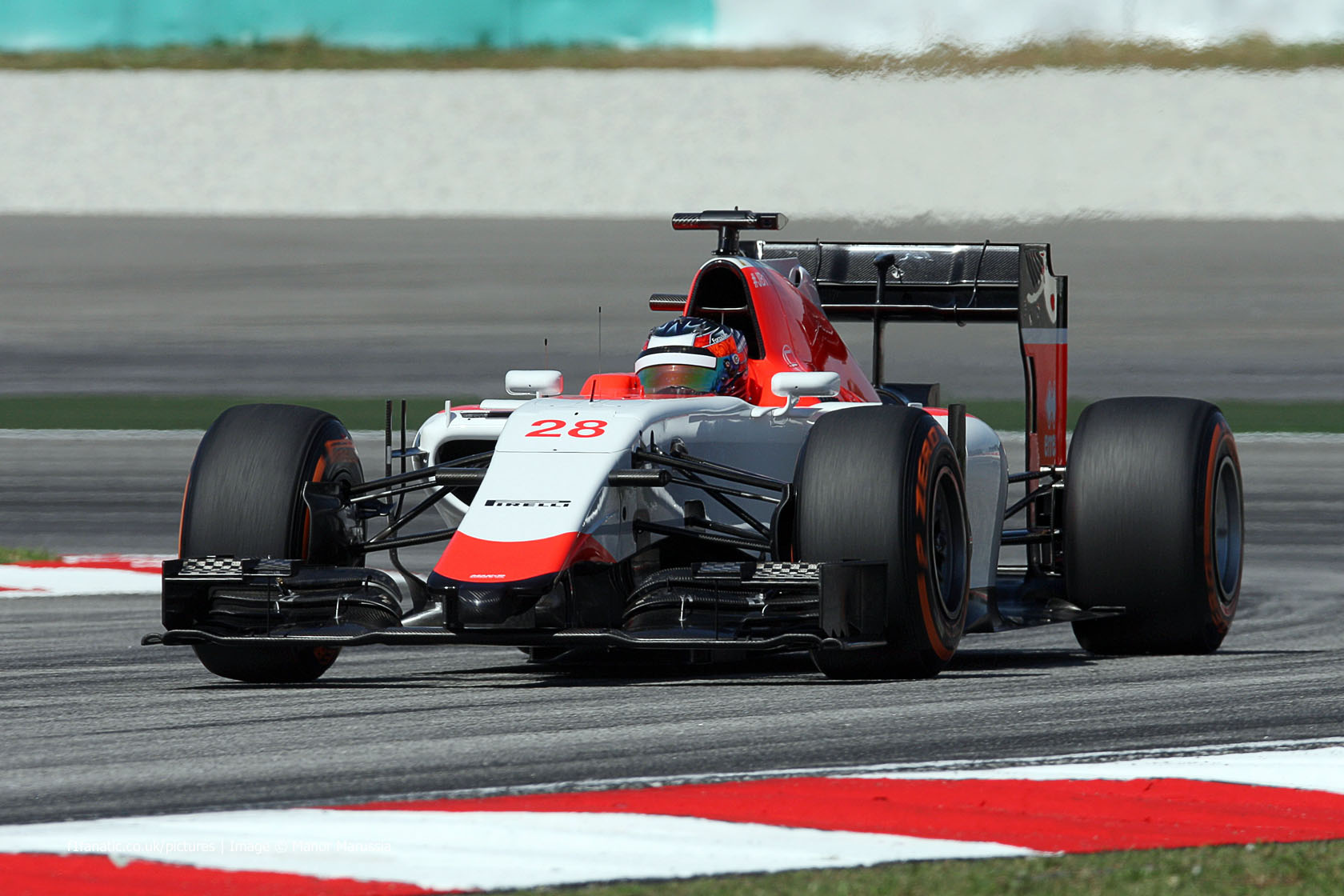 Having failed to participate at all in the first race of the season in Australia, both of Manor’s cars appeared on track during today’s practice sessions for the Malaysian Grand Prix.

Will Stevens and Roberto Merhi completed a total of 34 laps in the team’s cars, which are closely based on the chassis they raced as Marussia in 2014.

“Obviously we are thrilled to be back on track again,” said team principal John Booth.

“On what has essentially been a shakedown and practice day – which the other teams completed a couple of months ago – we’ve achieved 34 laps of reliable running and that is a really good effort when one considers the problems teams typically encounter on the opening day of running a car.”

Booth said he took heart from the pace shown by the team’s cars on the first day as they appear to be in with a strong chance of beating the 107% time which is necessary for them to qualify for the grand prix.

Merhi, who is making his debut in an F1 race this weekend, suffered a spin during the second practice session which curtailed his running.

“In FP2 we started to do some proper running but unfortunately I had a bit of a spin into turn [11], which brought an end to my session.

“My apologies to the team for that as everything had been going well, but I’m looking forward to getting back in the car tomorrow and picking up where we left off.”

20 comments on “Manor run for the first time in Malaysia”