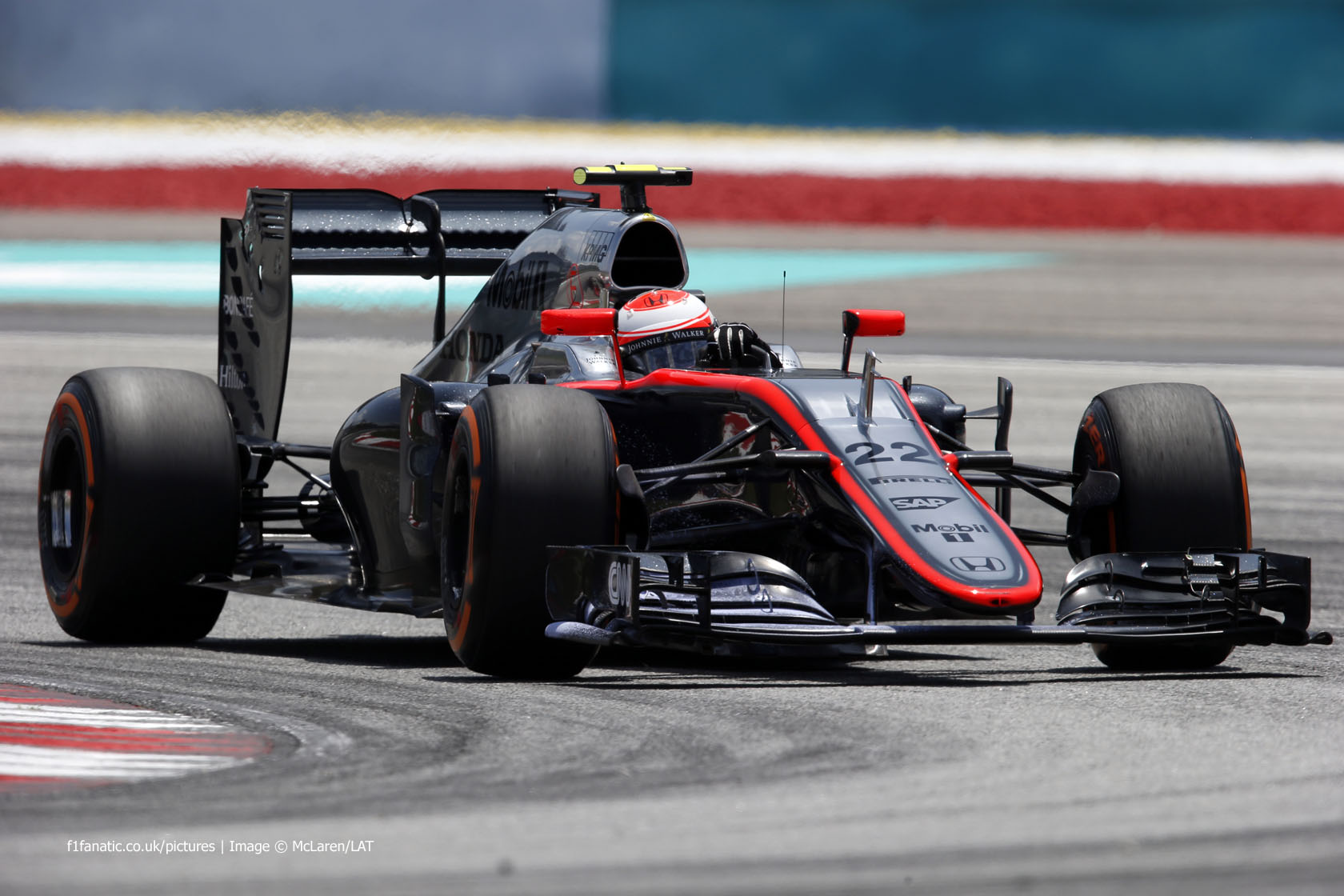 Jenson Button says McLaren have made a “massive step forward” with their car despite both MP4-30s being eliminated in Q1 at the Malaysian Grand Prix.

Button will share the ninth row of the grid with Fernando Alonso, with only the two Manor cars behind them.

While he admitted the team “hoped to be a bit closer to the cars in front of us”, Button feels they have still taken “a massive step forward in performance” this weekend.

“I think our race pace – and our consistency over a long run – look like giving us a little extra. I’d like to think we could get closer to some of the cars in front tomorrow; that’ll be something to look forward to.

“There are a lot of positives to take from this weekend: we’ve made a big step forwards in terms of pace. There’s more to come from the engine and the aero package, but we know what to do.”