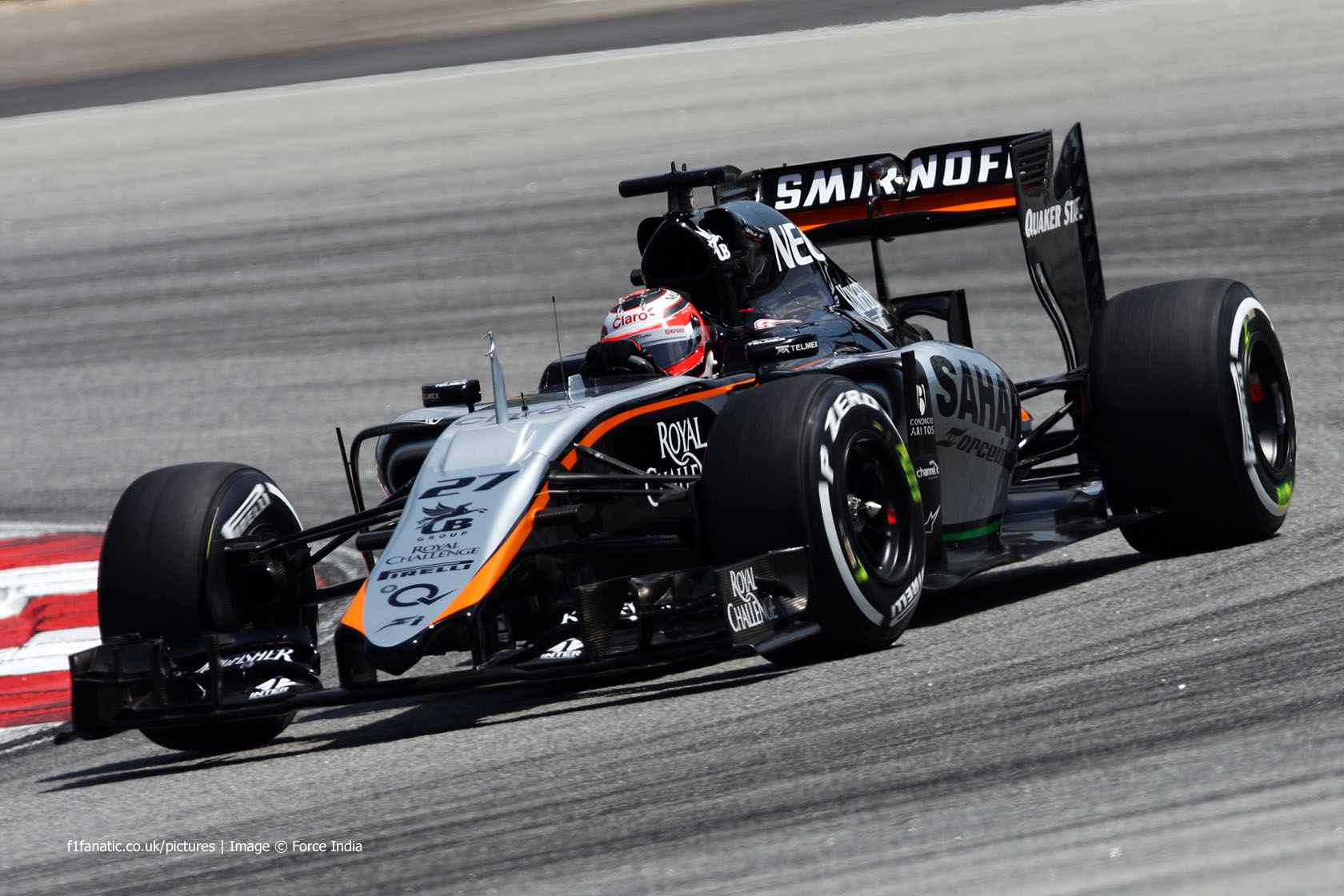 Force India drivers Nico Hulkenberg and Sergio Perez were frustrated after penalties left them out of the points in the Malaysian Grand Prix.

Both drivers were given the new ten-second time penalties which were introduced this year.

Sergio Perez was penalised for a collision with Romain Grosjean in turn 12. “The penalty didn’t help us,” he said after finishing 13th.

“I felt I had nowhere to go and couldn’t avoid contact with Romain. I thought it was a racing incident but it ended up costing us a lot.”

Hulkenberg was racing the two Red Bull drivers when he tangled with Daniil Kvyat at turn two. “The penalty for the contact with Daniil also dropped me out of the fight for points,” he said.

“I went a bit wide in turn one and chose to go back on the inside going into turn two. I was quite well alongside him, but he probably didn’t think I would try to come back at him.”

Both drivers were also given two penalty points. Hulkenberg did not previously have any on his licence while Perez already has two from last year’s United States Grand Prix.

56 comments on “Frustration at Force India as penalties cost points”