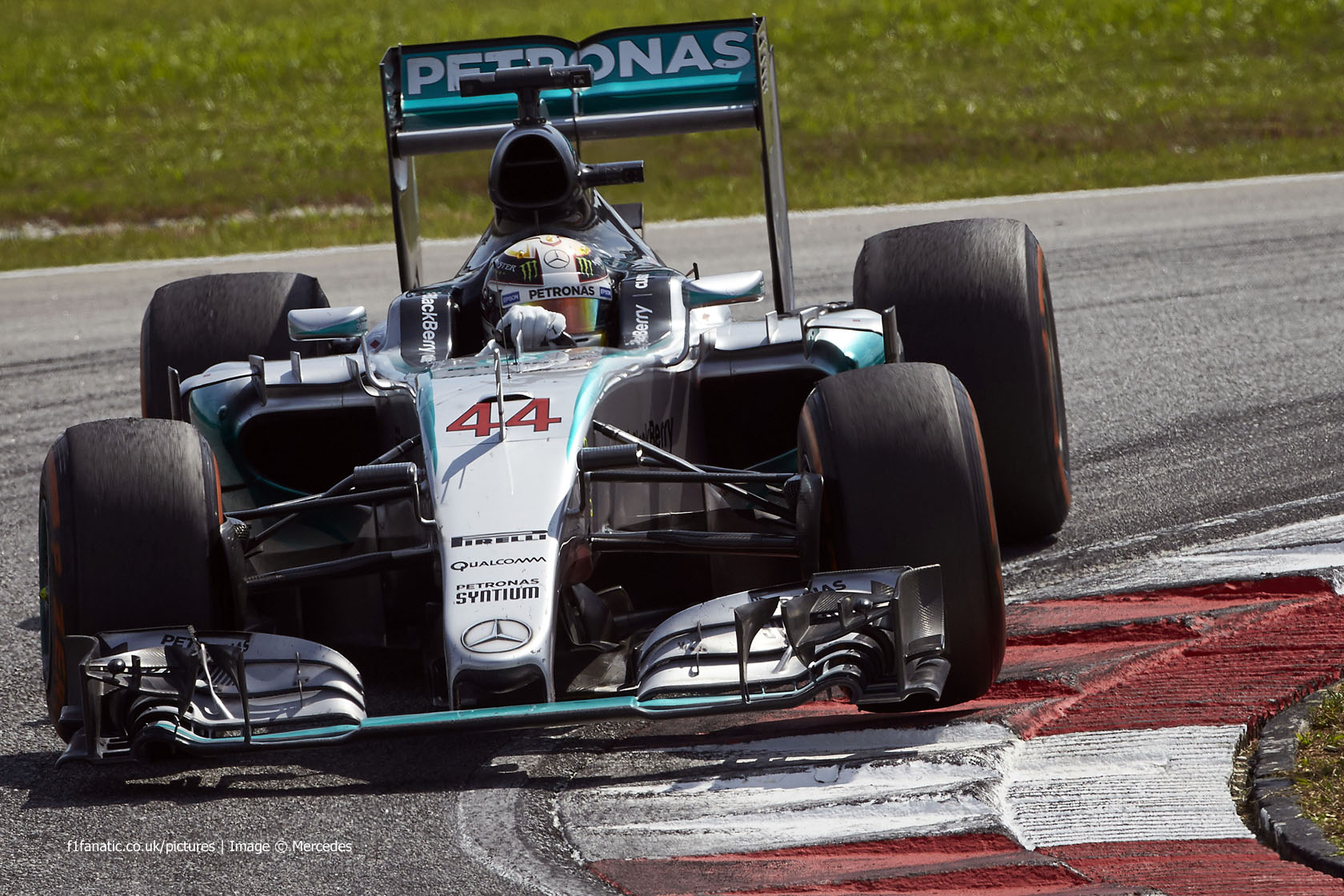 Mercedes’ unusual decision to use the softer tyre compound in the first phase of the race was another strategic miscue which hurt their chances of victory. If Mercedes made a mistake by using the early Safety Car period to make their first pit stop, it was a decision most other teams also made. Only Sebastian Vettel, Carlos Sainz Jnr, Romain Grosjean and the two Force India drivers stayed out.

However by shortening their first stint they left themselves needing to make three pit stops to reach the chequered flag. The pivotal moment came on lap 24, when Vettel got a run on Hamilton into the final corner and the Mercedes driver made for the pits for his second of what would inevitably be three pit stops.

“Coming into the race, there were two main choices to be made: whether to make two or three stops, and whether the [hard] or the [medium] would be the better race tyre,” explained Mercedes’ executive director for technical Paddy Lowe.

“It was clear yesterday that opinion was divided on that question, as we saw the leading teams using different tyre compounds in Q1. We saved new [hard] tyres for the race, while others saved new [medium]. We planned a three-stop strategy favouring the [hard] tyre and, although the Safety Car came out early, it was late enough to be used as the first of our three stops.”

However when Hamilton came in for his third pit stop he switched back to the medium compound tyres. It was clear he preferred that tyre for his last stint as well as he complained he’d been given the “wrong tyres” when was sent back to the track on a set of hards. Mercedes explained his only remaining set of mediums were heavily used – Mercedes’ decision to run the compound in Q1 had come back to haunt them.

Both Ferrari drivers and Valtteri Bottas made it through Q1 without using their medium tyres, and with Mercedes’ superior one-lap performance it was an option that was definitely open to them.

Rosberg was in the same situation as Hamilton but he chose to save his medium tyres for the final stint. Significantly, he took 14.6 seconds out of Vettel over the last 14 laps, at the beginning of which Hamilton was 13.9 seconds behind the Ferrari.

With the benefit of hindsight, Mercedes’ tyre choice in Q1 one was one of a series of small mistakes which added up to the advantage Vettel needed to grab a surprising win.