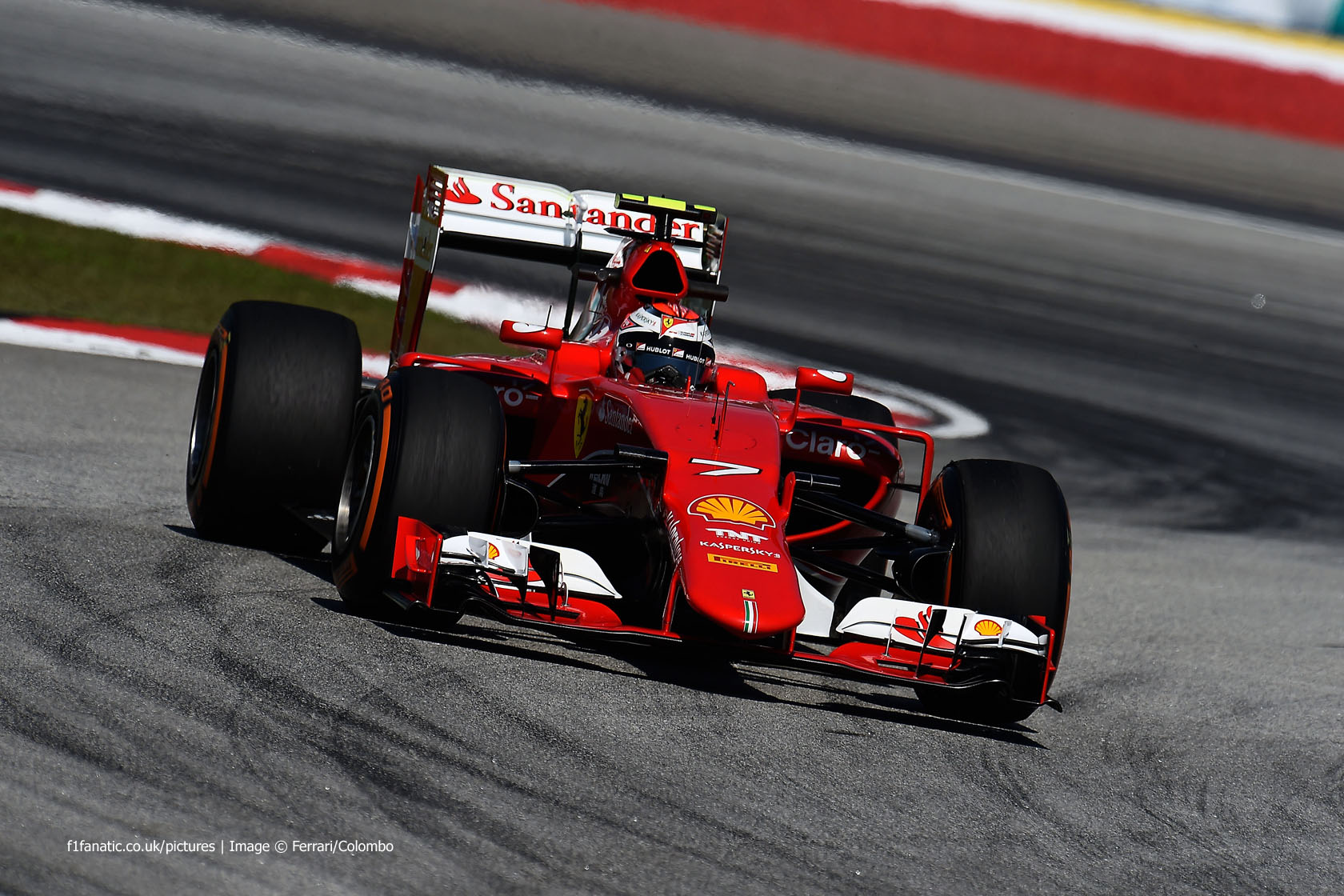 In the round-up: Ferrari technical director James Allison does not expect they will be as competitive at the next round of the season in Shanghai.

"I am fairly sure we will have our work cut out in China to do anything like as impressive a job as we have done here."

"There was a team on the grid (McLaren) that neither of its cars finished and you don’t hear conspiracy stories about whatever. It’s just complete nonsense."

Toto Wolff: 'We need to increase the pace of our development...' (Adam Cooper's F1 Blog)

"Within two weeks you’re actually caught up by a Ferrari and you lose the race fair and square on track is a bit of a surprise, but equally a bit of a wake-up call, which is good for us."

"The more competition the better, and if Ferrari wins Bernie (Ecclestone) can't complain about boring Vettel because Vettel is not boring anymore."

"In turns one, two and four I was always sandwiched between other cars so I am not so happy with what I did personally in the first lap."

"During the race my job was to look at the overall story, and if I started to scream or shake the whole team would start screaming and shaking. I don’t want to see these things any longer."

"The duct is very similar to the one on the Red Bull and the Force India (the other two teams using such a device this season)."

Went to the back of the grid and saw @alo_oficial tightening his own tyre blanket and picking stones off the Tarmac! pic.twitter.com/RwtmhCfxUJ

hi everyone, here is my english video message from KL airport for you. #MalaysiaGP #TeamNR6 @mercedesAMGF1 https://t.co/rkJSS3ZAAR

We keep working with the team to prepare our season. Lot of datas collected today. #boringpost #f1style 😅 Can Ecclestone’s idea for a women’s racing championship work?

If you are going to have a women-only series, it would be better to have one as a ‘intro to car racing’ series, as a network of national series with perhaps a couple of international invitationals, that invite the best racers from each country to compete together and push their limits. Put in place the networking and sponsorship assistance that would be needed to balance the two areas where women face a demonstrable disadvantage over men in motorsport, get quality driver managers interested in helping out, and there would in a few years be an outpouring of female talent.

Of course, for this to work, the women would need to face men early and often. Doing multiple series and disciplines seems to help racers develop regardless of their gender, so it would be useful for there to be ‘wildcard’ entries for some men in some of the “women-only” championship rounds, and also to encourage the women to add some integrated-series races to their racing seasons, even before applying to GP3/F3/[insert next series here].

(Le Mans and GT series tend not to have this problem so much because there is a history of women coming through sportscar feeder series, at least in some countries. Most years there is at least one woman who shows competently well in Le Mans).
@Alianora-La-Canta

Six years ago the short-lived A1 Grand Prix series was planning a return to the Autodromo Hermanos Rodriguez circuit in Mexico with substantial changes to slow the cars before the Peraltada turn. The track will hold the first Mexican Grand Prix since 1992 later this year.