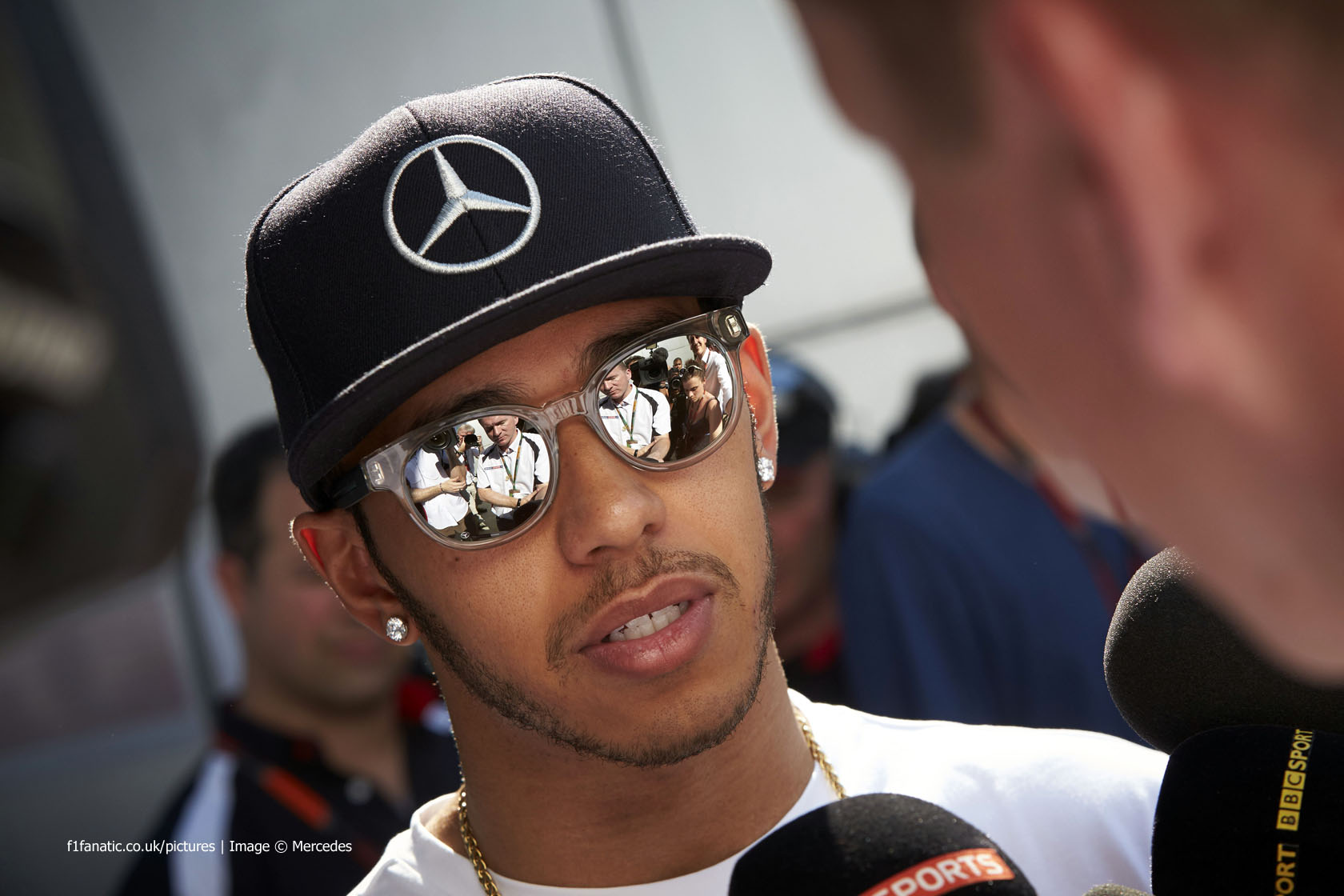 In the round-up: Lewis Hamilton says negotiations have been completed on his new Mercedes contract.

Hamilton ready to sign on the dotted line (Reuters)

"It should be done this week. There's no reason why it shouldn't be. Honestly, it's 99.6 percent done. There's no negotiating left. It's just legal stuff."

"He has definitely lucked into a situation, I would say. I am sure he had the same information as Fernando when Fernando left the team."

"Rules are rules, and if we have to change it for a specific purpose it should be tailor made for that purpose and not hide something else."

"Some time ago we looked at it from the point of view that unless it was a blatant or dangerous manoeuvre, we would try to give the benefit of the doubt to racing incidents. I just think we have to be careful we don't go back to where we were."

"We will increasingly benefit from those changes in the months and years ahead rather than making a difference overnight."

"Ferrari has done a great job in the last few months, it shows that Mercedes can be caught if all the ingredients are there."

"Although it looks a bit of a mess at the moment, the damage is largely cosmetic and the structural and functional integrity of the roof remains completely intact."

Thanks to Steven Smith for the tip.

"What is the essential corner in F1 racing? NR: Eau Rouge in Spa. Even if it is not as difficult as it used to be it is still phenomenal."

F1's plan for women cynical, patronising - but what else would you expect of Bernie Ecclestone? (Eurosport Yahoo)

"There is no need for the series to be an alternative to F1, and Wolff or anyone who sees it as a lesser competition could pass on it and use the traditional route to try to reach the top instead."

Now Minardi are emailling out 'driver rankings' for some of the field, with a predictable swipe at @McLarenF1… #F1 pic.twitter.com/0AaXSf9eHh

@Alianora-La-Canta wields the rule book to win a rare second consecutive Comment of the Day:

Helmut Marko probably shouldn’t have laid that bet – or admitted to it.

Article 16 of the International Sporting Code specifically prohibits anyone employed by a team participating in FIA-sanctioned racing and connected with an FIA-sanctioned race from betting on the race(s) in which they are involved. This applies even if the individual’s involvement has nothing to do with their employment in the team.

Last I checked, Helmut Marko was in the Red Bull team. He was participating (if only in a minor way) in the Malaysian Grand Prix. He’s basically admitted to an infraction of Article 16. Oops.
@Alianora-La-Canta The very day after he finished 15th in the Malaysian Grand Prix for Manor, Roberto Merhi was in action at Motorland Aragon in Spain testing his Pons Formula Renault 3.5 car. He also ended the two-day test in 15th place, but having finished third in the championship last year he’ll be expecting more from the first race of the year which will take place at the same track at the end of the month.

Five years ago today Heikki Kovalainen missed out on his chance to drive in the first practice session for a Malaysian Grand Prix after losing a coin toss. Lotus had flipped a coin to decide whether Kovalainen or Jarno Trulli would step down to allow local driver Fairuz Fauzy to run in practice.