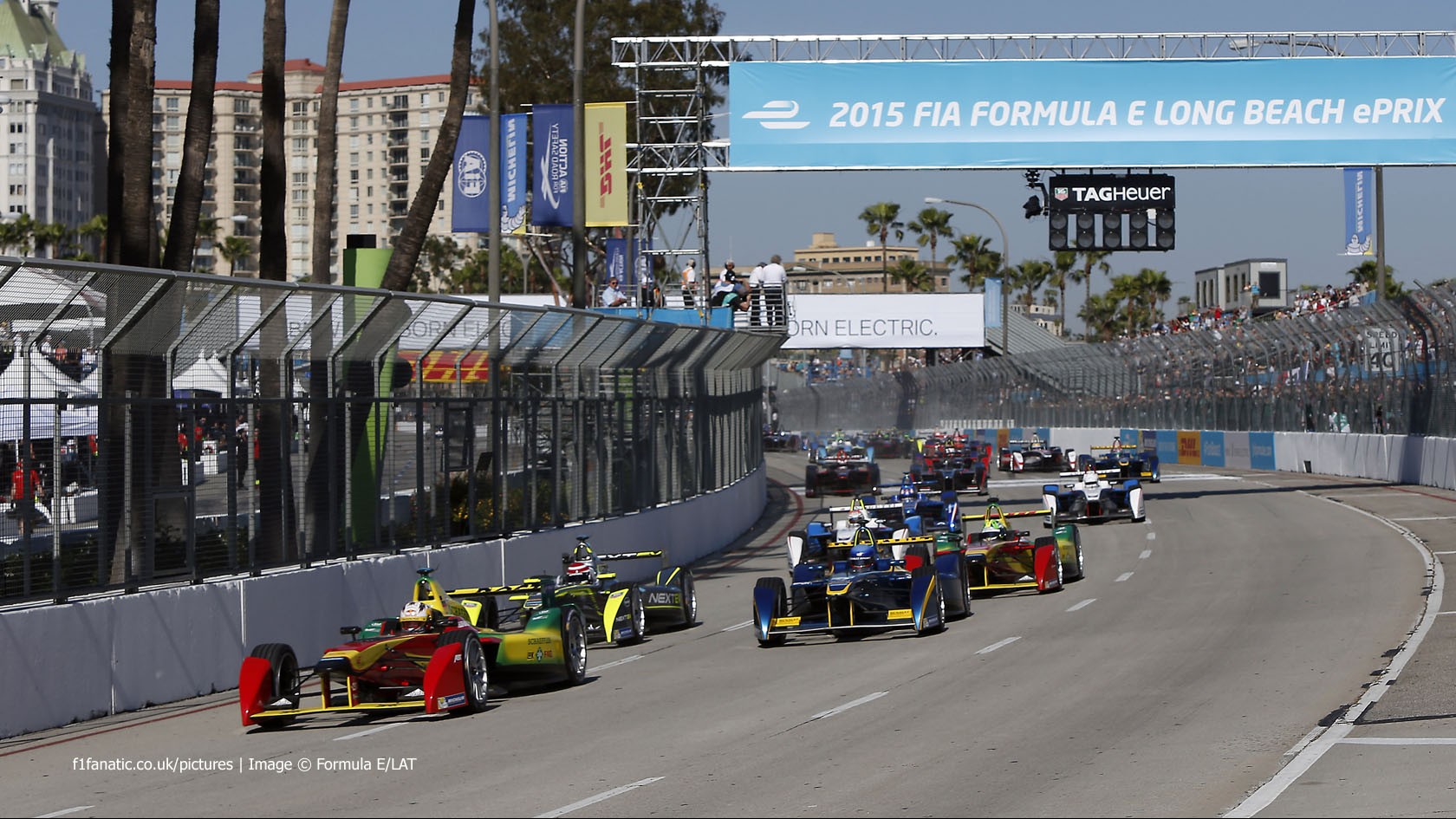 In this week’s racing wrap we have a sixth different winner from six races in Formula E at Long Beach, and the first round of the British Touring Car Championship from the Brands Hatch Indy circuit.

Nelson Piquet Jnr moved up to second in the Formula E championship by taking his first win in the series at Long Beach – where his father triumphed in F1 35 years ago. He moves within a point of Lucas di Grassi, who he shared the podium with alongside Jean-Eric Vergne.

Sebastien Buemi had taken pole position for the race but was demoted to tenth for breaking Formula E’s restrictions on power use during qualifying. He recovered to take fourth place.

Rob Collard and the Honda duo of Gordon Shedden and Matt Neal shared the three wins in the opening weekend of the competitive British Touring Car Championship.

Revisions to the format for this year include substantially more success ballast for the highest finishers and a race two grid based on the fastest laps set during that race instead of the finishing positions.

Three time World Touring Car Champion Andy Priaulx took pole position on his return to the series but struggled with degradation on the soft tyre and dropped to ninth in race one. Collard won from Aron Smith and Jason Plato, who took race two pole ahead of Priaulx.

Plato streaked ahead in race two, impressively setting fastest laps despite 54kg of ballast. It all went wrong four laps from the end though, as a four second lead was thrown away when a puncture sent him off the road at Paddock Hill bend, leaving Shedden and Priaulx in a photo-finish.

The random reverse grid race three saw tenth-placed finisher Rob Austin promoted to pole, but despite a strong defence for 20 laps, he was overcome by Matt Neal and Jack Goff, who went on to finish first and second and take the top two championship positions.

Race highlights not available yet, footage above is from qualifying.

Up next is a bumper weekend of motorsport. As well as the Chinese Grand Prix it’s the second round of the IndyCar championship which is making its first visit to the NOLA Motorsport Park road circuit.

The World Endurance Championship, European Formula Three and Euroformula Open all begin and NASCAR starts a run of ten races on consecutive weekends.