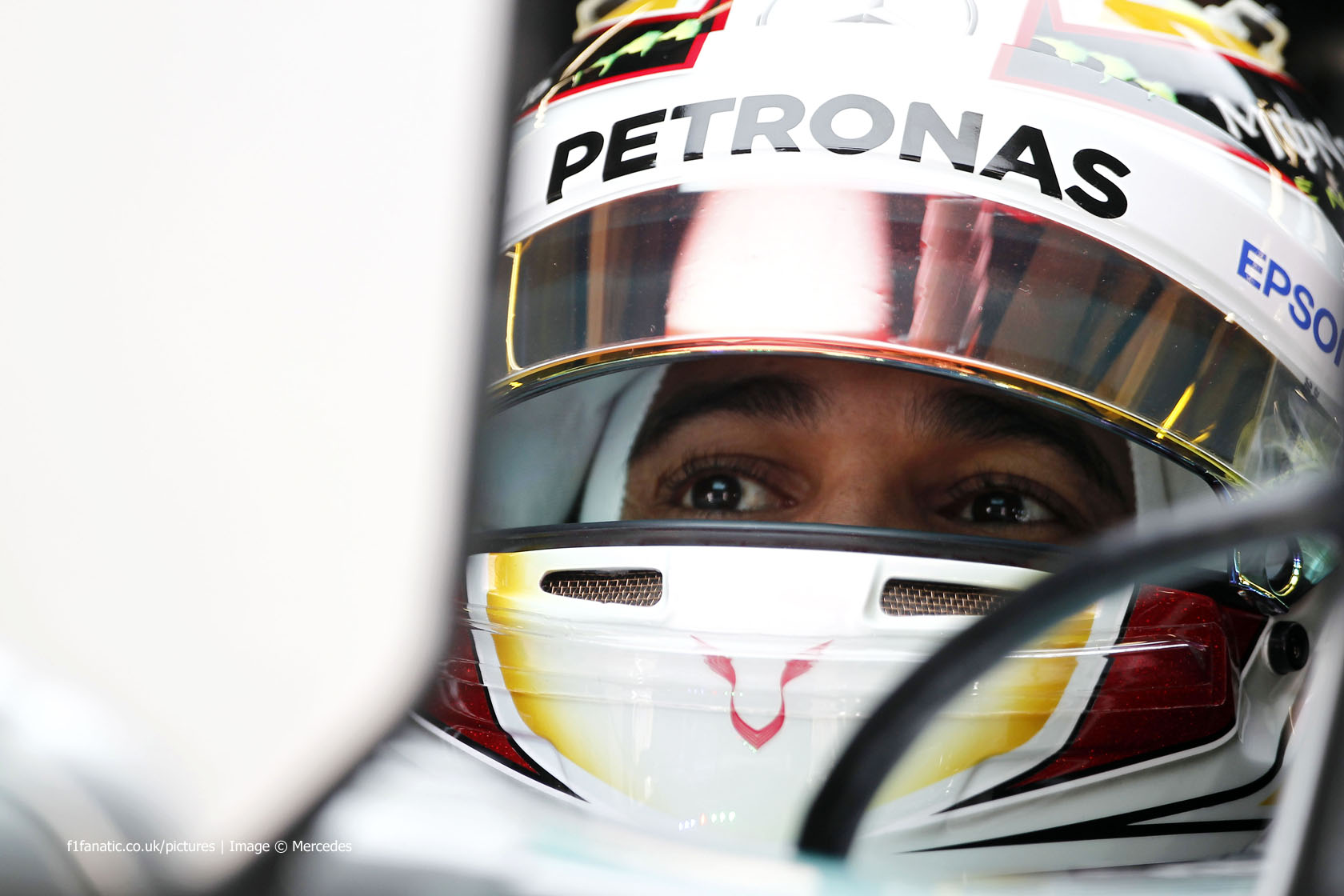 Lewis Hamilton says that he will continue to let his driving do the talking for him ahead of this weekend’s Bahrain Grand Prix.

After Nico Rosberg’s post-race claims in China that Hamilton’s pace had compromised his race, there is a renewed focus on the relationship between the two team mates.

But when asked in the Thursday Drivers’ Press Conference how his attitude to being in a championship fight has changed over time, Hamilton said he is approaching this season the same as any other.

“It’s not really changed much – I just do my talking on the track,” said Hamilton.

“That’s how it’s always been since I was eight years old. Naturally you try to learn from the decisions you take and the experiences you have and hope that you get better. All the stuff that comes out of the car, I have no particular interest in.”

The Mercedes driver was also given an opportunity to address the criticism aimed at him by some media outlets after he sprayed champagne on the face of a hostess on the Shanghai podium.

“Generally my actions are through excitement,” said Hamilton.

“This is Formula 1. It’s the pinnacle of motorsport and I’d just won a grand prix for the team. It was a fun thing. I would never intend to disrespect someone or try to embarrass someone like that.”