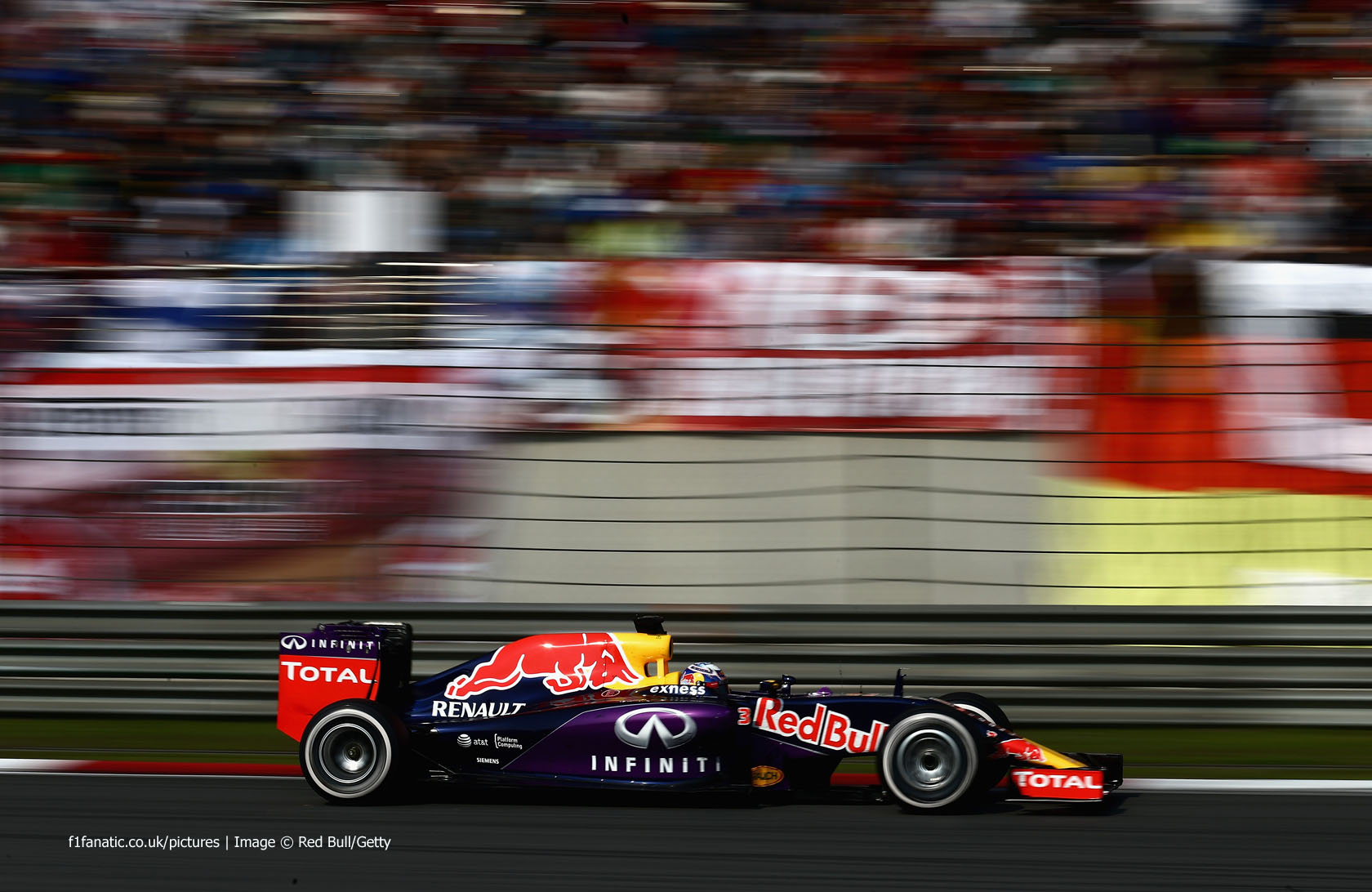 Daniel Ricciardo says he’s keen to get back on the grid and ‘redeem himself’ after his poor start in China left him fighting for a points finish.

The Red Bull driver fell to 17th on the first lap in China but clawed his way back to ninth at the finish and is looking for a better result in Bahrain this weekend.

“After my start last week I’m hanging out to get back on the grid and redeem myself.”

After a difficult start to the season for Red Bull, with the team already over 100 points behind Mercedes in the Constructors’ Championship, Ricciardo believes there is more performance to be found from the RB11.

“There’s definitely, I believe, more to be unlocked, so to speak,” says Ricciardo.

“I think China was a step forward. We did start to feel more comfortable but it still obviously didn’t give us a big chunk of laptime that we thought was there in there.

“There’s still some balance things. If we keep ironing them out, I don’t think we’ll find a second but we’ll find a fair few thenth which will hopefully put us in that group with Williams and hopefully get us on to the back of the Ferraris.”