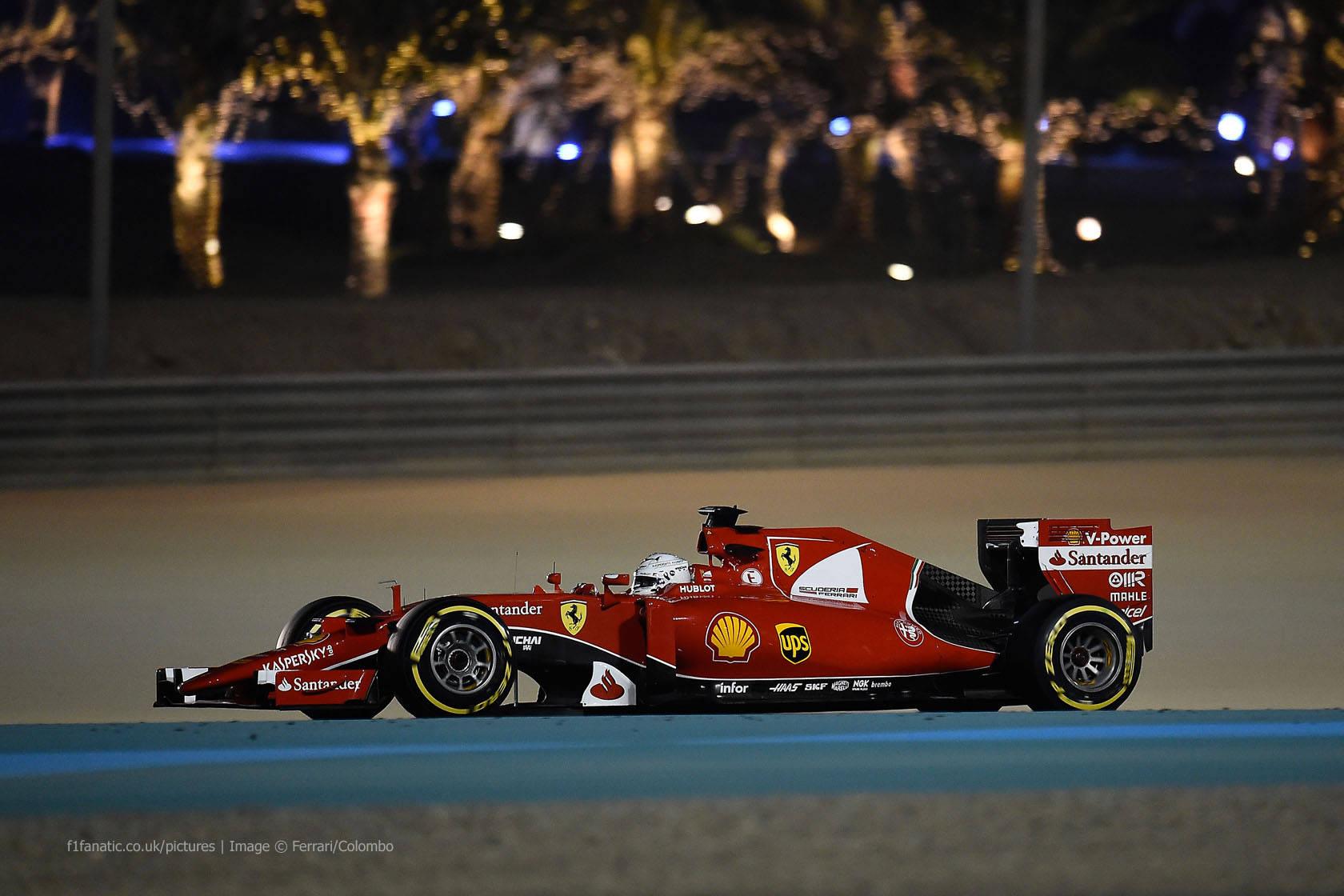 Toto Wolff says his Mercedes team are relishing the challenge offered by a resurgent Ferrari to their position at the front of the field this year.

The world champions have admitted that they feel Ferrari are a strong threat to their chances of winning on Sunday, a feeling that became stronger after Sebastian Vettel split the Mercedes in qualifying for tomorrow’s Bahrain Grand Prix.

“This qualifying session confirmed what we have been saying for a number of weeks now,” says Toto Wolff, “that the balance of power has shifted this year and we have a serious challenger at all circuits and in all conditions.”

Despite Lewis Hamilton securing his fourth consecutive pole to maintain his perfect record in 2015, Vettel will line up on the front row tomorrow for the second time in three races.

“Last year, the performance gap meant that we could be reasonably confident of claiming the front row each weekend – but that’s not the case any more,” added Wolff. “Ferrari has done a great job and they are snapping at our heels.

“The truth is that we all love getting out of bed in the morning and knowing that we have a real fight on our hands. It’s good for us and it’s good for the sport; that’s what motor racing is all about.”

43 comments on “Ferrari challenge is “good for the sport” – Wolff”