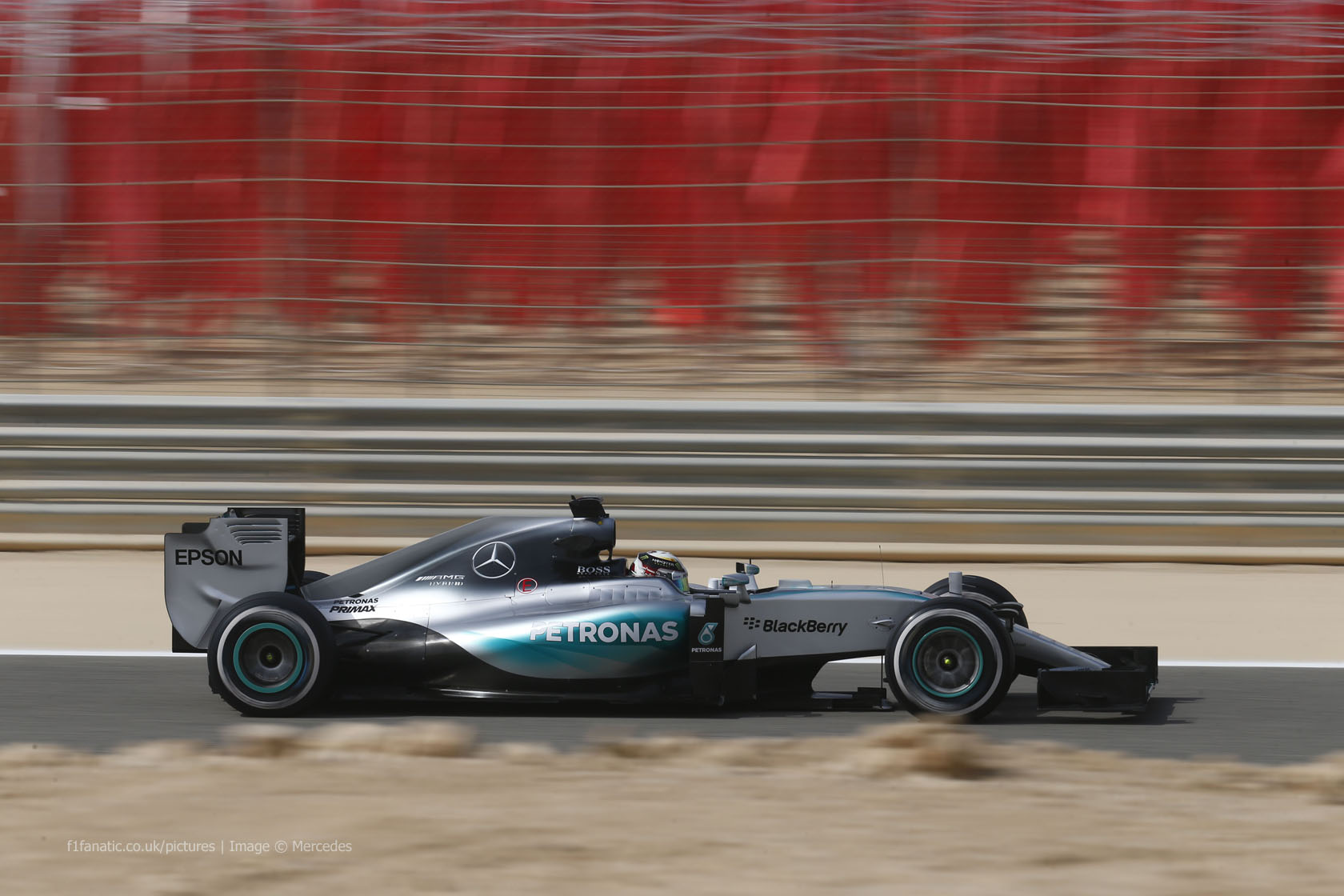 Lewis Hamilton topped the time sheets in final practice ahead of qualifying for the Bahrain Grand Prix, but Sebastian Vettel’s Ferrari was less than a tenth behind.

Vettel split the two Mercedes after the qualifying simulation runs on the Soft compound tyre at the end of the session, with Nico Rosberg third quickest and Kimi Raikkonen fourth.

It was a hot and windy start to the session with little running in the early stages due to the conditions.

Romain Grosjean had an off at Turn Four, filling his Lotus’s tyres with gravel.

The Ferraris were quickest after the initial runs were completed on the Medium tyre with Kimi Raikkonen fastest.

The session was briefly stopped around half way through when Daniil Kvyat lost control of his Red Bull at Turn Four, spinning backwards into the gravel.

When the session resumed, there was little improvement out on track before the circuit fell quiet before Nico Hulkenberg was the first man out to attempt a qualifying run.

The Force India driver initially went quickest, but Nico Rosberg comfortably eclipsed that on his first effort on the faster tyre.

Then it was the turn of Lewis Hamilton to post a Soft time and the world champion duly set the fastest lap of the weekend with a 1’34.599.

After showing good speed in all three sessions, Sebastian Vettel showed that Ferrari’s pace was genuine by posting a time within a tenth of a second of Hamilton’s to go second quickest.

Kimi Raikkonen could only manage a lap that was half a second slower than his team mate, while Red Bull were able to get Kvyat back out at the close of the session for one final flying lap.

16 comments on “Hamilton quickest, but Vettel is closer than Rosberg”