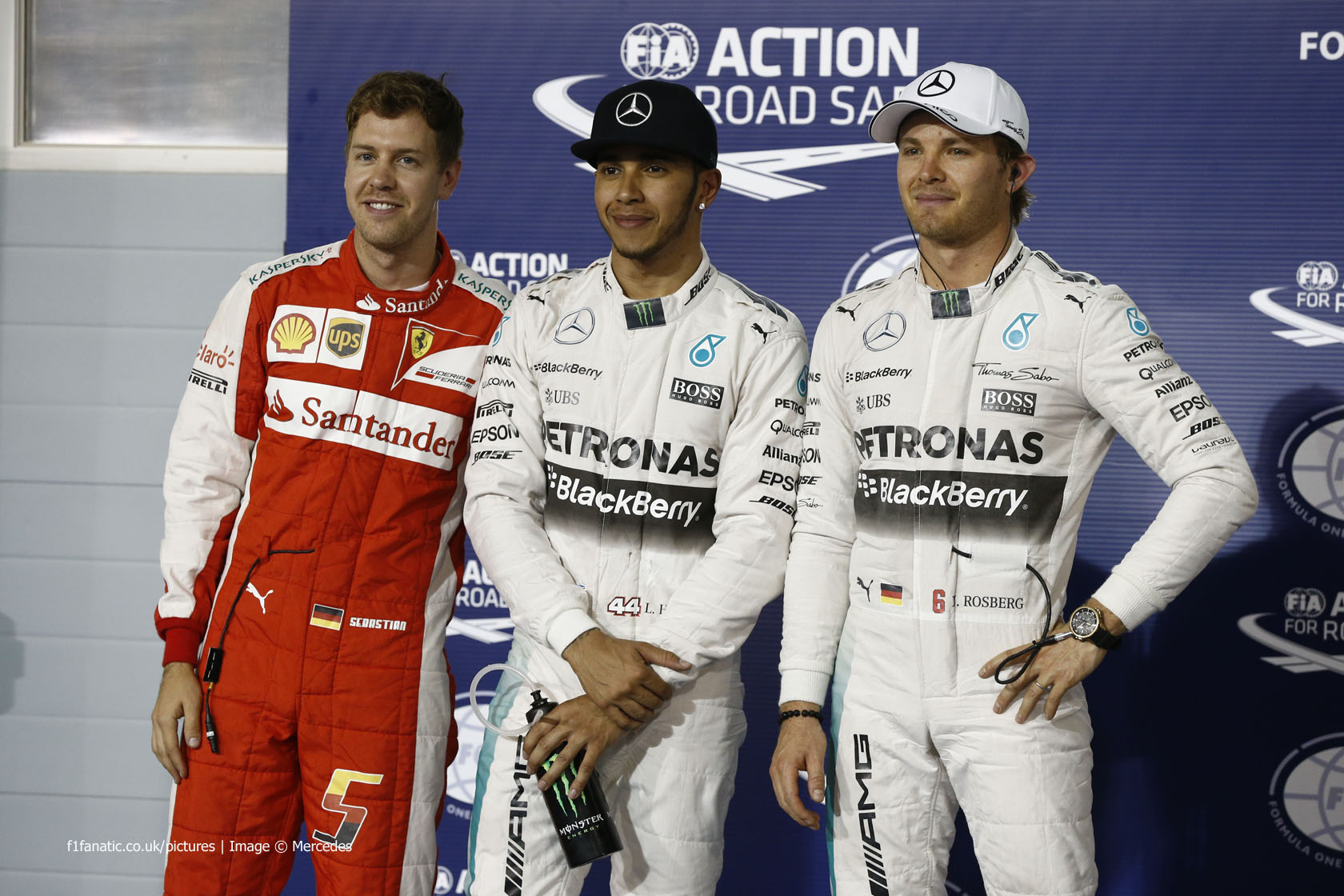 The growing threat from Ferrari since the start of the season has prompted questions whether Mercedes might have to vary their strategies in order to maximise their chances of getting at least one car home ahead. But ironically it was a strategic move by Nico Rosberg in qualifying which opened the door for Ferrari.

Preoccupied with ensuring he had the freshest possible tyres for the race, Rosberg paid a price for not pushing his car to the limit earlier in qualifying when he found he couldn’t get the best out of it when it mattered most in Q3. The result is the front two rows each contain one Mercedes and one Ferrari.

Sebastian Vettel lines up second on the grid, from where Hamilton launched his attack on Rosberg which turned last year’s race into a humdinger. But Friday’s running indicated Ferrari may have the pace to pressure their rivals in the race even if they don’t improve their position on the run to turn one.

As usual all of the drivers who reached Q3 will start the race on the softer of the two available tyre compounds. Mercedes, Ferrari Williams and Toro Rosso of Carlos Sainz Jnr each has one unused set of these soft tyres available.

Although Bahrain’s long straights exposes the weakness of Renault’s power unit, Daniel Ricciardo has planted his Red Bull an impressive seventh on the grid. Inevitably straight-line speed will be his greatest weakness in the race.

Ricciardo’s mystified team mate Daniil Kvyat is struggling to understand how he failed to progress beyond Q1, having spun into a gravel trap during the morning sessions. “I’m not sure what was going on,” he said, “it was a strange session for me”.

Ricciardo shares row four of the grid with Nico Hulkenberg who did a great job to qualify the under-developed Force India VJM08 in eighth place. That will give him a shot at the points, but he expects to come under pressure in the race. “It won’t be easy,” he said, “because there are a lot of quick cars behind us and they will put pressure on us.”

Can Ferrari put one over Mercedes again? Or will this be another all-Mercedes affair?

Share your views on the Bahrain Grand Prix in the comments.

14 comments on “Mercedes and Ferrari to resume battle in Bahrain”