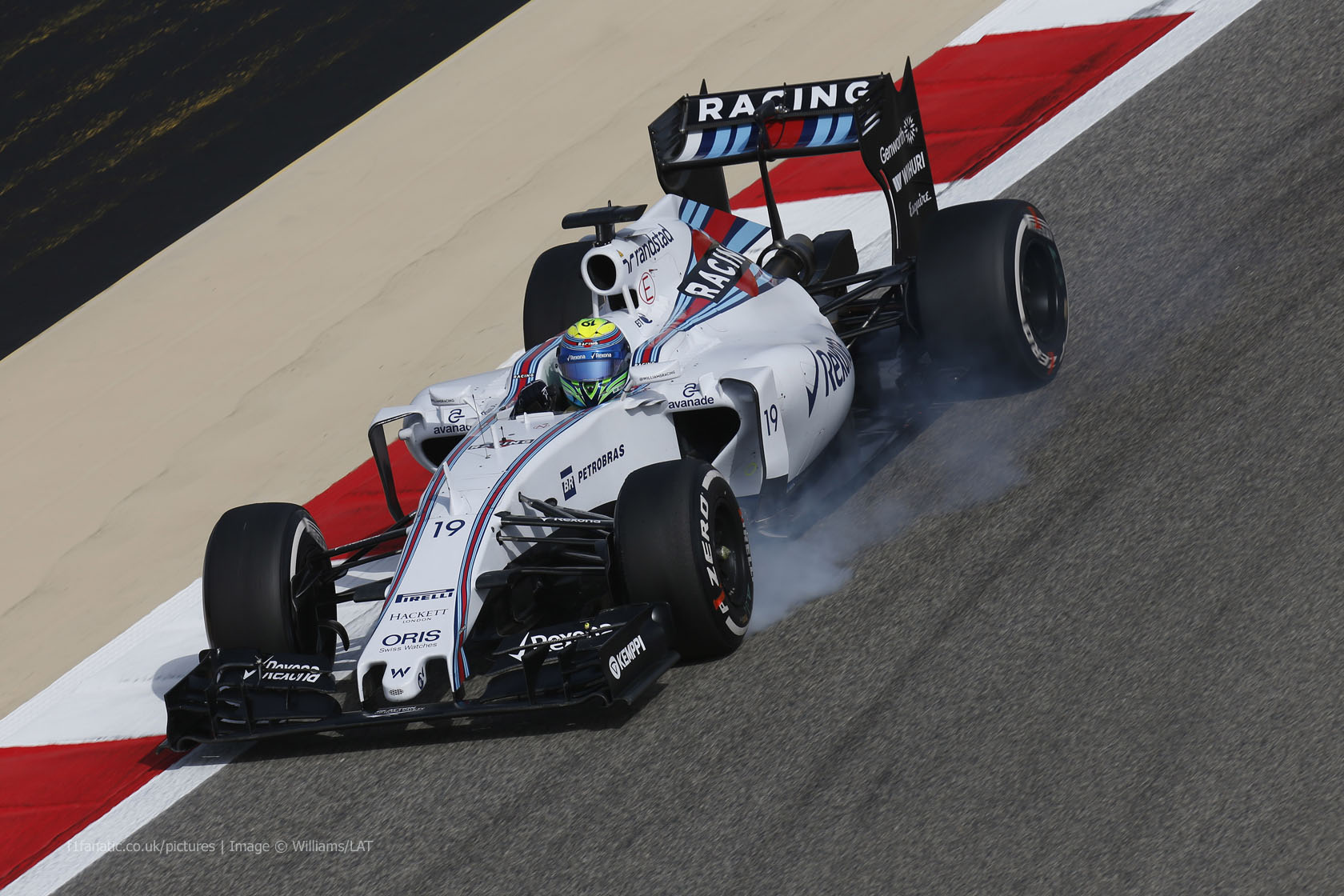 Felipe Massa’s race went wrong before it even started when a sensor fault prevented his power unit from firing up on the grid.

But despite starting from the pits he recovered to finish the race in the points. Following his pit lane start Massa was in the thick of the action from the very first lap. He picked off the two Manor drivers and later got ahead of the slow-starting Pastor Maldonado but then tangled with the Lotus driver.

“A few laps in at turn four, Maldonado ran into the back of me and damaged something,” Massa explained. “From then on I really struggled with the rear and the car was very hard to drive.”

Nonetheless by lap seven he had taken Fernando Alonso for 13th place. Williams opted to bring his pit stops forward as early as they dared to hasten his progress using the ‘undercut’.

This had the desired effect but it left Massa running for longer on the medium tyre than any other driver – 32 laps, more than half the race distance. Having risen as high as eighth on the road, he was passed by Sergio Perez and Daniil Kvyat late in the race, by which time he was over three-and-a-half seconds off his team mate’s pace.

28 comments on “How Massa recovered to tenth from the pits”