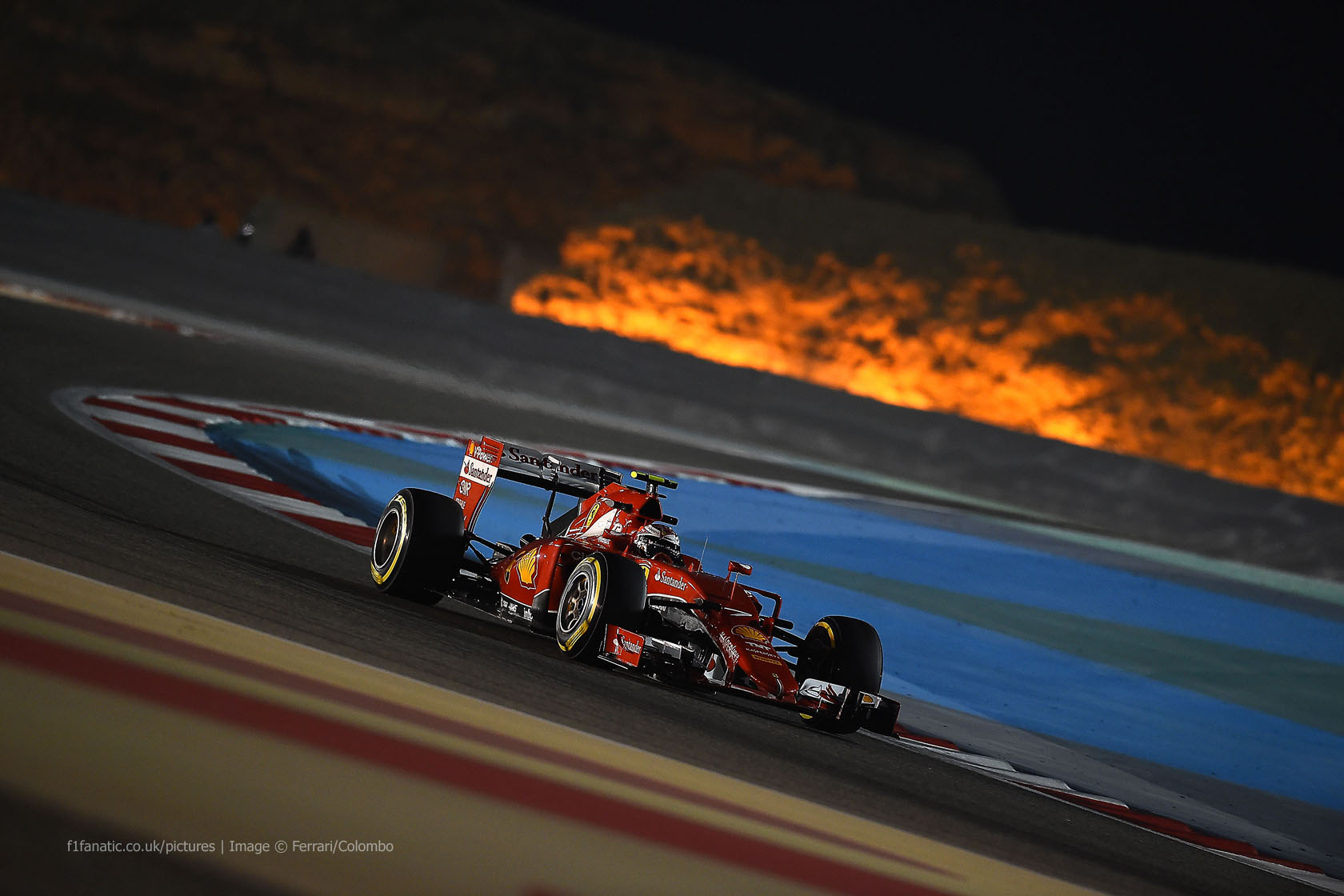 Kimi Raikkonen says that despite securing his first podium appearance in 26 grands prix, he is disappointed not to have been able to take victory in the Bahrain Grand Prix.

Raikkonen took second place from Nico Rosberg’s Mercedes on the penultimate lap to secure his best finish for Ferrari since his return to the team in 2014 and his first podium since the 2013 Korean Grand Prix.

“Yes it feels good, but obviously I am a bit disappointed not to win,” Raikkonen told reporters after the race. “I think we did more or less the maximum of what we could today.”

Raikkonen was the only one of the four Mercedes and Ferrari drivers to opt for Medium tyres during his middle stint and chased down a 20 second gap to the Mercedes on Soft tyres in the final stint to snatch second place from Rosberg.

“I think we did more or less the right calls,” Raikkonen explained.

“We lost a bit of time at the beginning with Nico [Rosberg] getting past. Obviously afterwards it’s easier to say, but that’s how we planned it and I think it worked out pretty well.”

Raikkonen’s result moves him up to fourth in the Drivers’ Championship, just behind his Ferrari team mate Sebastian Vettel.

29 comments on “Mixed emotions for Raikkonen on podium return”