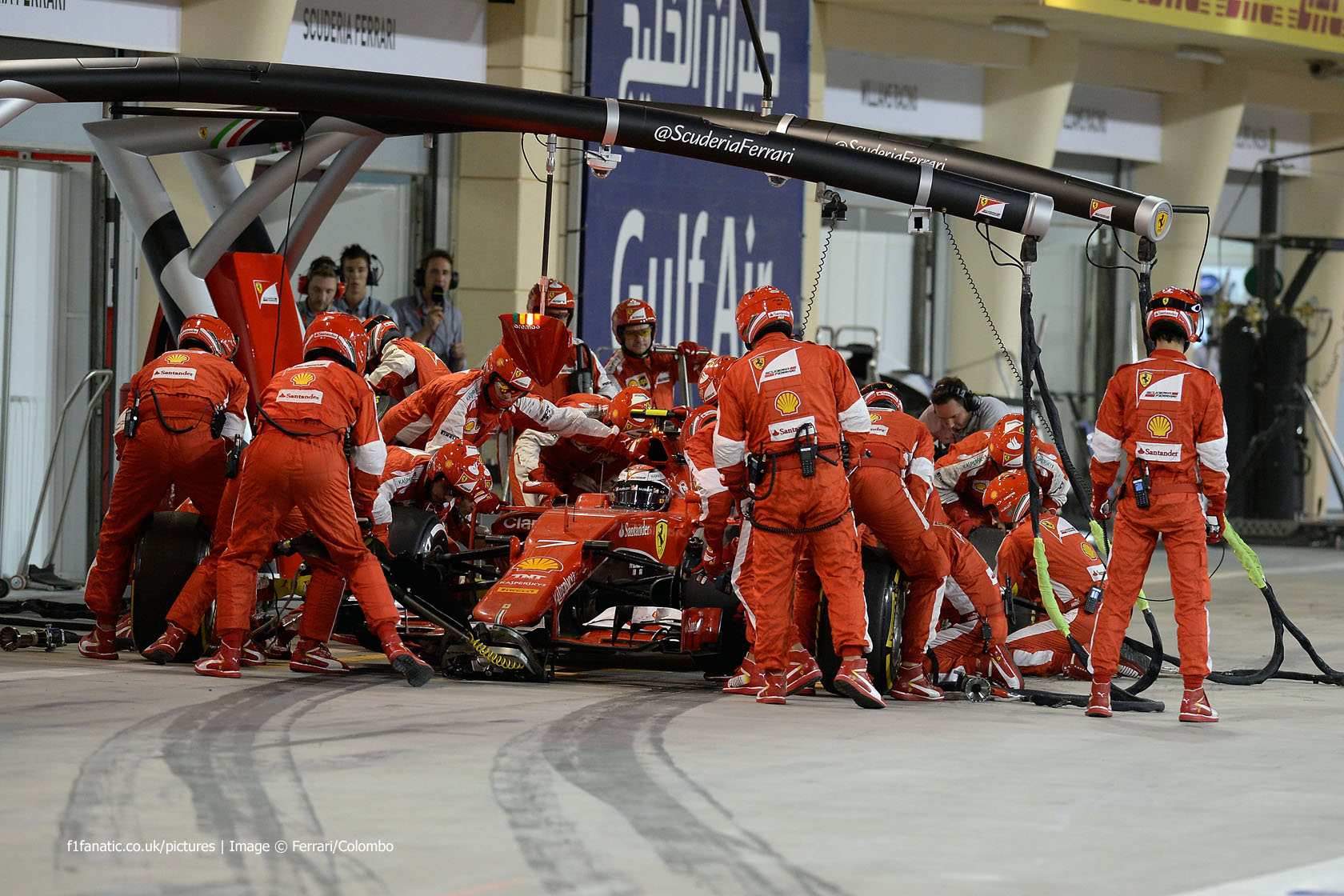 While most drivers postponed their stint on the slower medium tyres until the end of the race, Raikkonen got his out of the way in the middle stint. This paid off handsomely, for as well as lapping close to the pace of race leader Lewis Hamilton, who was on the faster soft tyres, Raikkonen was able to push harder on the soft tyres in the final stint.

After rejoining the track on soft tyres for his final stint on lap 41, Raikkonen took ten seconds out of the Mercedes in five laps – an astonishing rate. Rosberg’s late brake problem handed him second place – but he had been poised to pressure the Mercedes driver hard for the position until the flag.

Lotus gave Pastor Maldonado the quickest service of the grand prix but he also suffered the race’s longest pit stop when his engine kill switch incorrectly activated during his final stop.