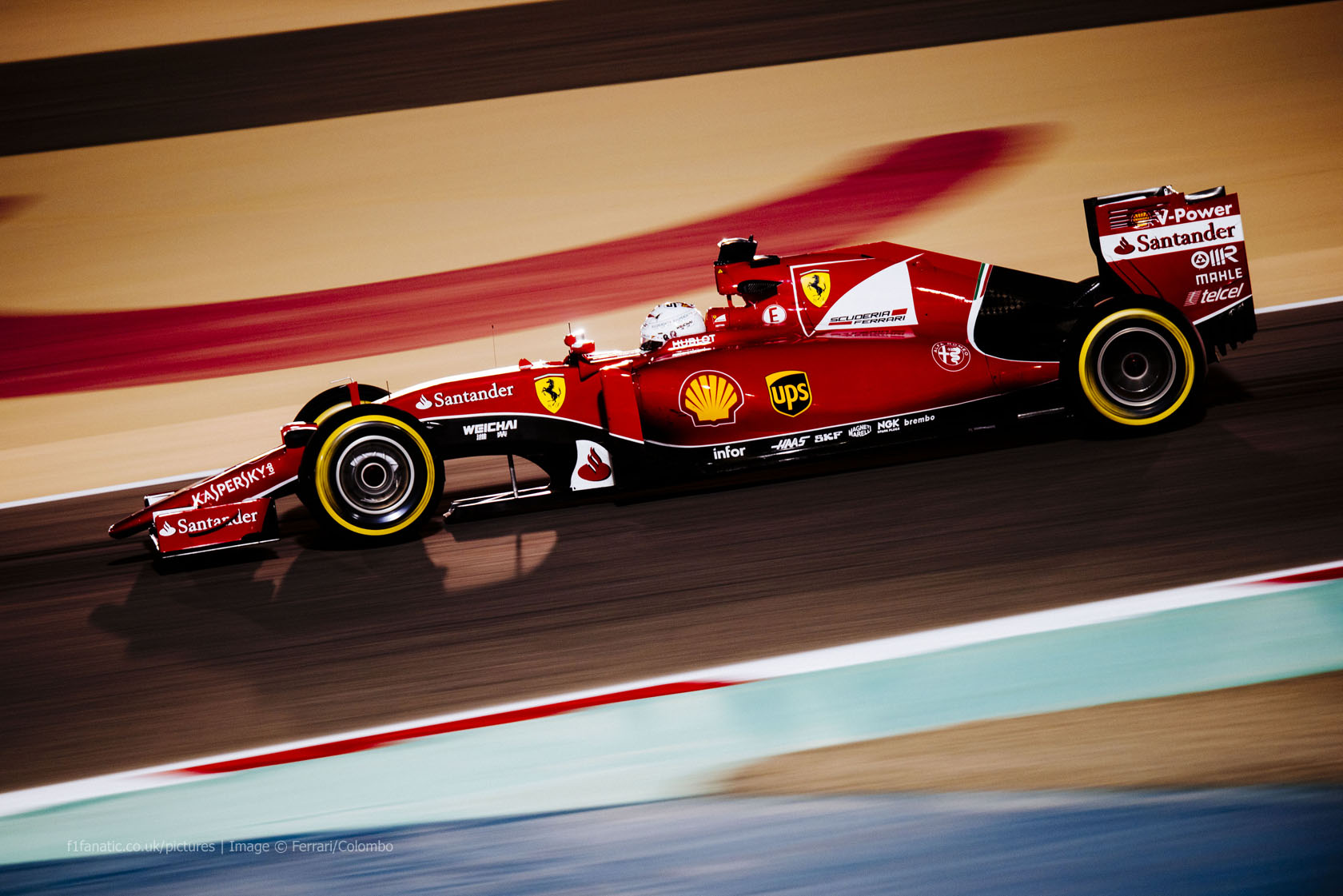 Sebastian Vettel admits he feels he let his Ferrari team down after his mistake caused the front wing damage that took him out of contention for a podium during today’s Bahrain Grand Prix.

Vettel had been battling with Nico Rosberg for second but ran wide under pressure and damaged his Ferrari – forcing an unscheduled third pit stop for a new front wing.

“I tried to defend another time against Nico [Rosberg] and on the exit of the last corner I went wide and seemed to damage the front wing there,” Vettel explained.

“I don’t know what happened. I can’t see the front wing but I just felt that I had a lot less front grip and we decided to pit, which I felt was the right call.

“In the end, obviously a bit of a shame to get stuck and not to get that fourth place so I feel like letting the team down a bit today, I feel there was more in reach, but all-in-all a good result for us.”

Vettel’s error and subsequent pit stop dropped him to fifth behind Valtteri Bottas, but despite catching the Williams, the Ferrari driver was unable to pass and crossed the line in sixth.

“I think Kimi proved second was possible,” added Vettel. “Obviously he was on a mirror strategy. I think he drove a good race.”

“For myself, I think it would’ve been difficult to catch Nico [Rosberg] and overtake him because I was on the same tyre, but I didn’t get to find out because I damaged the front wing. So it was my mistake and in the end a good recovery and still some decent points.”