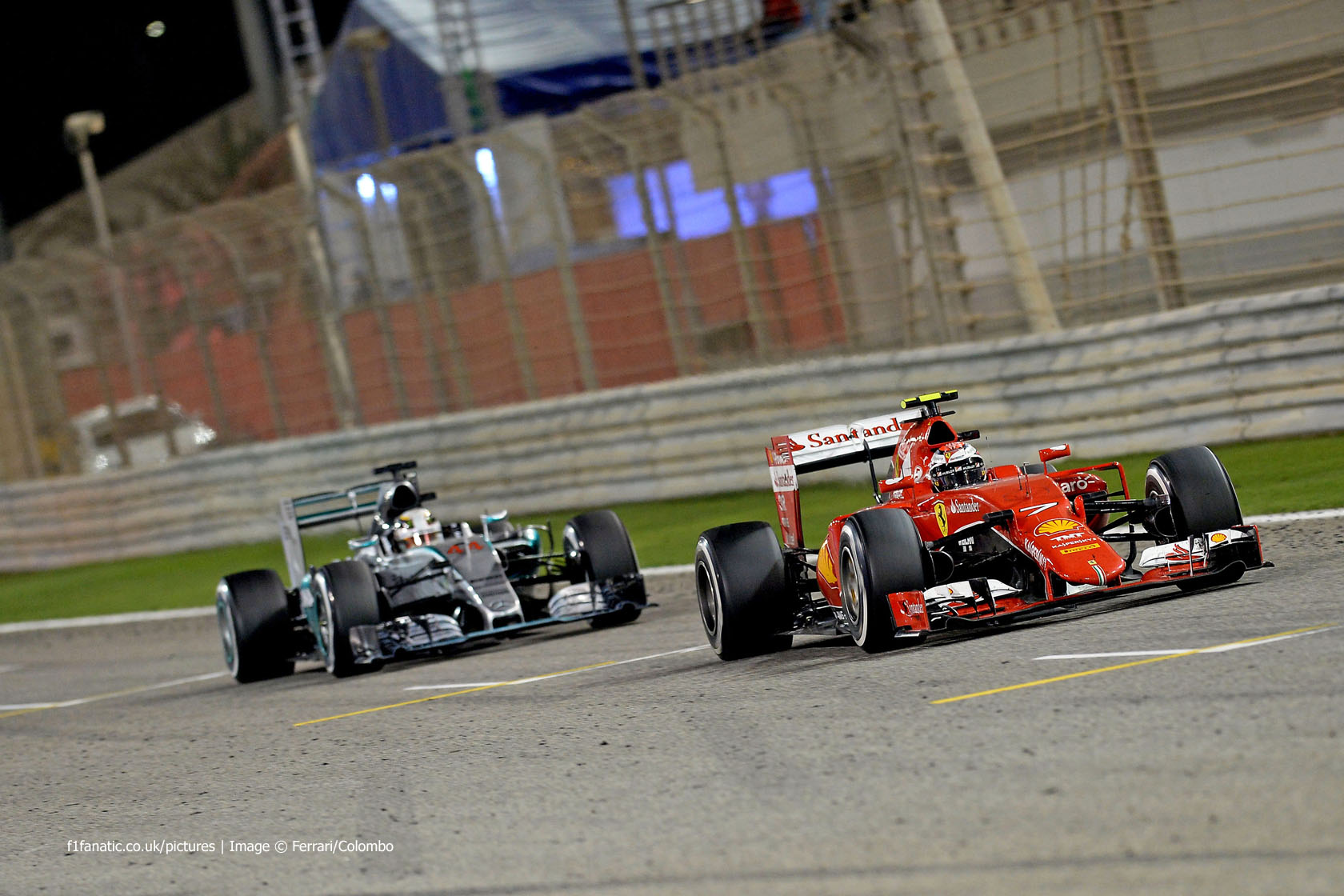 "Bernie Ecclestone has been one of the main supporters of 1000bhp but also wanted a return to V8 engines as recently as last week. Now he appears happy to give his blessing to 1000bhp V6 turbos as long as they are supplied to the smaller teams at a reasonable price."

"Ecclestone: 'Whoever supplies engines to the teams has to supply the same engine as they currently use. If it’s going to be the current engine upgraded to 1,000bhp, then good – and they need to supply it at a price the team can afford to pay.'"

"Daniel Ricciardo will have to use his fourth and final Formula 1 V6 engine in Spain next month following his last-gasp failure in the Bahrain Grand Prix."

"Alonso: 'There are many things to be done and we have three important weeks now when we have to increase the performance, increase the reliability. So I am optimistic for the future because the steps are going in the right direction, but a lot of things need to be done.'"

"In a wide-ranging interview with BBC Sport, Ecclestone complained that F1 was 'too democratic' and continued his campaign against its turbo hybrid engines."

"Three men share the ignominy of failing to land the title after winning three from four at the start of the season, and - Hamilton be warned - they are among the best drivers the sport has ever seen."

"Asked whether Azerbaijan's human rights record would be checked, the 84-year-old replied: 'We have. I think everybody seems to be happy. There doesn't seem to be any big problem there.'here's no question of it not being on the calendar. It's going to be another good race.'"

"Meanwhile, the country's Interior Ministry has reportedly spent this week letting it be known that anyone thinking of 'attempting to defame the international event and the interests of Bahrain before, during and after the Formula 1 race' will face the full force of the law."

Nobody puts baby in the corner!!! https://t.co/ub5VqsWY1i

Yessss, some more good points on the board! Really well deserved by my guys and @Lotus_F1Team #BahrainGP #f1

Horner "3 engines used in 4 races" – RBR will be last usable engine next time out in Spain….I feel penalties coming on. #F1

With Sebastian Vettel admitting that he felt he let his Ferrari team down by running off track and damaging his front wing in yesterday’s Bahrain Grand Prix, @slowhands believe it was simply a case of the Ferrari driver trying a little too hard.

The challenge of driving fast in F1 is that you have to push to the limit, but if you push too hard then you overdrive the car. I think Vettel felt before the race that a win was possible, and because he knows that the conditions have to be just right for Ferrari to have a chance to beat Merc, he may feel like he has to grab the opportunity when it arises. It can be easy to push too hard in a situation like that. The challenge in such a situation is to drive at the maximum of your skills and package without pushing over the line.

In his post race interview he admitted that the errors he made were as a result of pushing too hard. It’s been more than a year since Vettel had a car that was suited to him that he could win with. To drive a car that has a chance to win, you have to drive “within yourself” as they say, because overdriving mistakes are much more likely in a fast car than a mid-pack one. Like Malaysia, Ferrari had a chance of winning this one “fair and square” and Vettel got a little too excited by that idea. It happens to the best. He will learn from this and be back.
@slowhands

On this day last year Lewis Hamilton won the Chinese Grand Prix after team mate Nico Rosberg was delayed at the start in his Mercedes.