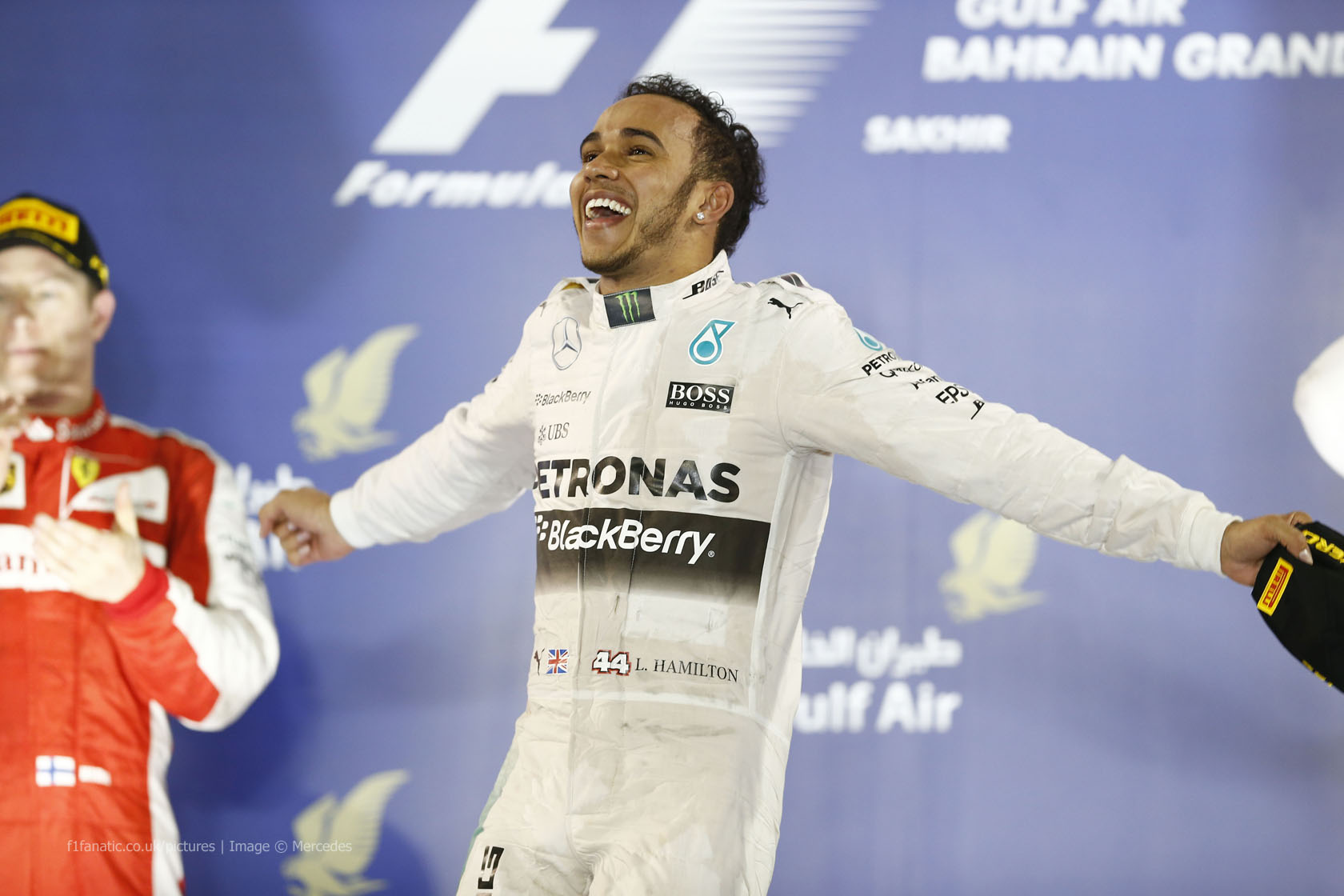 Mercedes’ domination of Formula One may look increasingly threatened by Ferrari but Lewis Hamilton is still very much in control of things at the front of the pack.

Sunday’s victory was his third win out of four this year and ninth from the last eleven races. That brings his career total up to 36, four shy of Sebastian Vettel.

He is also yet to be beaten to pole position this year. Four consecutive pole positions matches his personal best which he achieved in 2013. While he also took pole position in Australia, Malaysia and China last year, this was his first in Bahrain. He now has a career total of 42, three less than Vettel.

Perhaps the most striking illustration of Hamilton’s monopoly on the number one spot over the first four rounds is this: he’s led 168 racing laps so far this year, while team mate Nico Rosberg has been ahead for just five. In Bahrain he passed the milestones of 2,000 laps and 10,000 kilometres leading F1 races since his career began. He moved up to fifth in the latter table.

Hamilton didn’t manage a clean sweep in Bahrain as Kimi Raikkonen’s flying Ferrari set the fastest lap of the race.

These are very much Raikkonen’s forte – this was the 41st of his career which moves him up to second in the all-time ranking. To put that into context he has won half as many races (20) and set even fewer pole positions (16).

Hamilton has now started exactly half of his 152 grands prix from the front row. He gave Mercedes their 39th pole position which puts them seventh in the all-time list, tied with Brabham.

Daniil Kvyat equalled his best finishing position with ninth place. This was the fifth time he has finished in that position.

Finally, the Bahrain Grand Prix would have been Jenson Button’s 100th race for McLaren – but an electrical problem kept him from starting.

Spotted any other interesting stats and facts from the Bahrain Grand Prix? Share them in the comments.