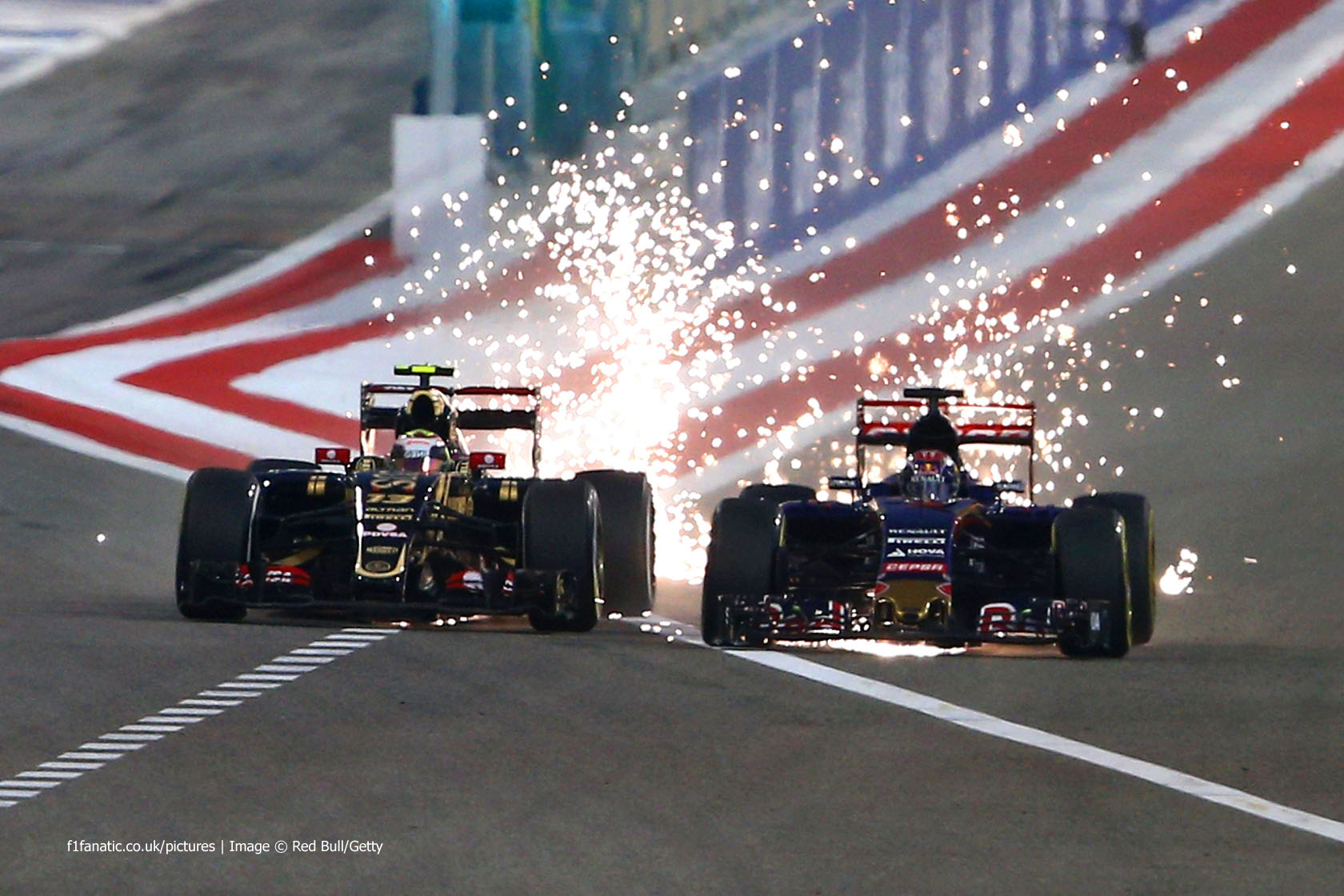 Ten of the best pictures which tell the story of the Bahrain Grand Prix weekend. There’s not much more Will Stevens can do with the Manor besides beat team mate Roberto Merhi. He managed it again in Bahrain. The Red Bull pit stop crew’s gear is laid out ready for action. An early ejection from qualifying in the first round made for a difficult race for Daniil Kvyat. …but he was able to eke out his tyres to make just two pits stops, and finished in the points. The drivers assemble for the pre-race performance of the national anthem. Sparks under the night sky added extra drama to the side-by-side action in Bahrain. A battling performance from Nico Rosberg saw him pass Sebastian Vettel on three occasions. This was the second, as the pair caught Lewis Hamilton, the eventual winner having just pitted for the first time. He also dispenses with Kimi Raikkonen early in the race, but ended up losing second place to the Ferrari drivers due to a brake-by-wire problem. Despite a similar drama, Hamilton made it three wins out of four at the start of the season – and his second in a row in Bahrain.