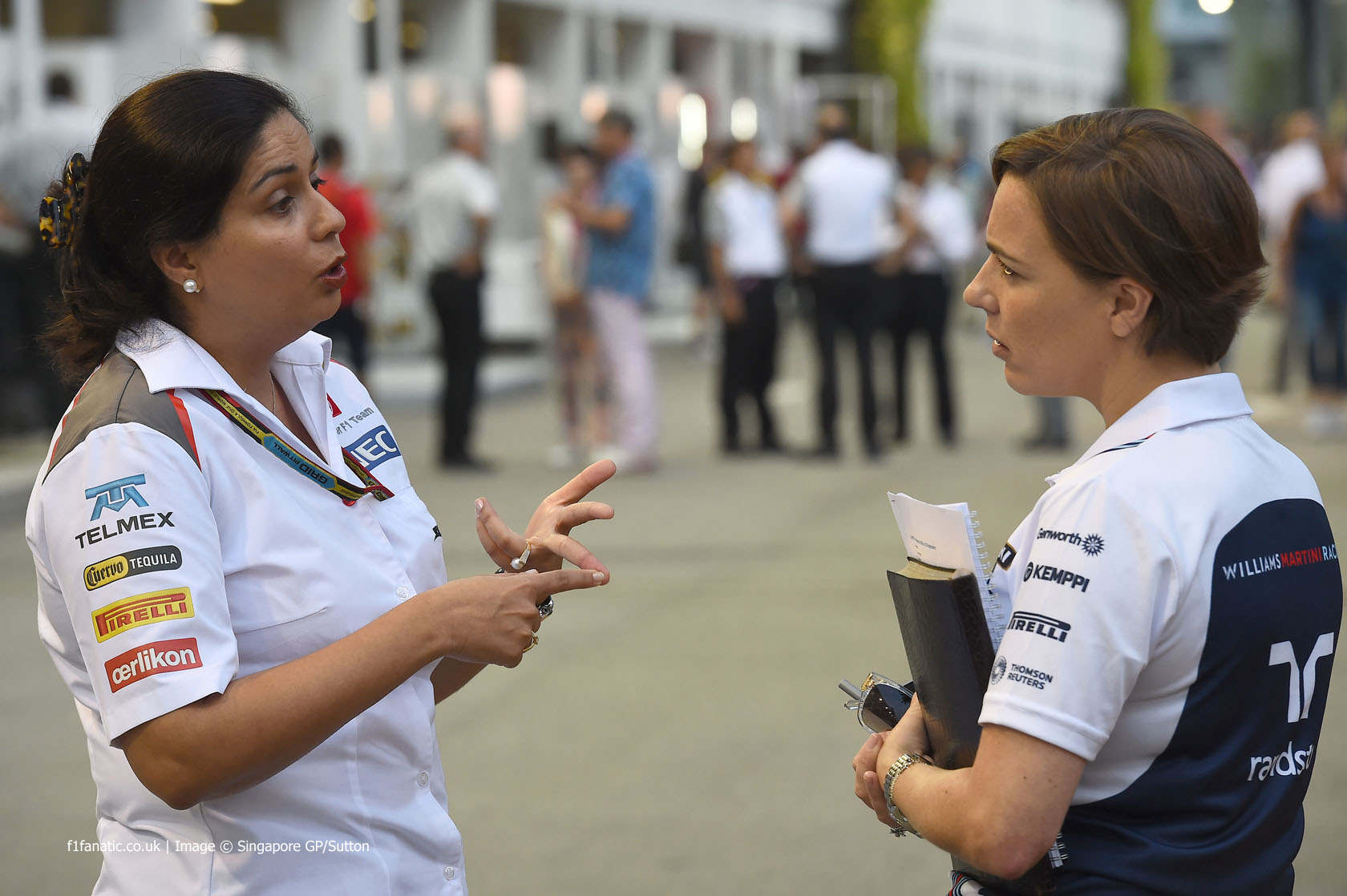 In the round-up: Monisha Kaltenborn says that customer teams like Sauber are more concerned over the cost of the proposed 1,000bhp engines for 2017.

"As a customer team, for us the most important factor on engines is what the cost is. The engines used to be such a big cost driver and we managed to move away from that for many years. But unfortunately now we are back to where we were – which is not a very sensible thing."

"It's good to see we can make some progress and we are just about ready to score points on merit. We're still far from where we want to be but I think in some way it looked very dramatic and now we are past the dramatic time so there is some progress."

"It could make sense and we need to see exactly what would be the tender regulations and the way it would work but it's definitely something we would look at. If our objectives go together, there is no reason not to do it but at the moment, we don't know."

Could Raikkonen have won Bahrain and did Mercedes leave Rosberg at Vettel’s mercy? (JAonF1)

"Kimi Raikkonen finished second for Ferrari, but could he have won the race? And did Mercedes leave Nico Rosberg out to dry when Sebastan Vettel twice undercut him at the pit stops? Here we have the answers."

Lewis Hamilton 'happy where he is' at Mercedes, says Bernie Ecclestone (Sky)

"And asked if he thought the world champion would therefore stay at Mercedes, he added: 'Yes, yes.'"

"Last year he did OK at Toro Rosso, but it was nothing special. Red Bull is good at creating a hype around someone, but F1 is also about handling the pressure."

"I'm not saying F1 is missing something, but people's mindset is changing away from it. People want noisy cars, they want to see close racing."

Straight in to my other office today💪💪! Running trough the night now! @PorscheRaces #OneGoal pic.twitter.com/vT8foQt7qi

With three wins in the first for races, is Hamilton the best driver on the grid in this current V6 era? ‘rm’ isn’t so sure…

It’s easy to get that impression – when he is in by far the best car on the grid. For some reason Hamilton’s car gets far less attention than Vettel’s title-winning cars ever did, in spite of the fact that it’s considerably more dominant than those RB’s were.

Mercedes look more dominant this year than RB did in 2011. But so vast was Mercs’ dominance in 2014 that a 2011-style season is being greeted as wonderfully close and competitive!
rm

Happy birthday to Fixy and Kaylee911!

Mark Webber won the F1-supporting Formula 3000 race at Silverstone on this day 15 years ago.