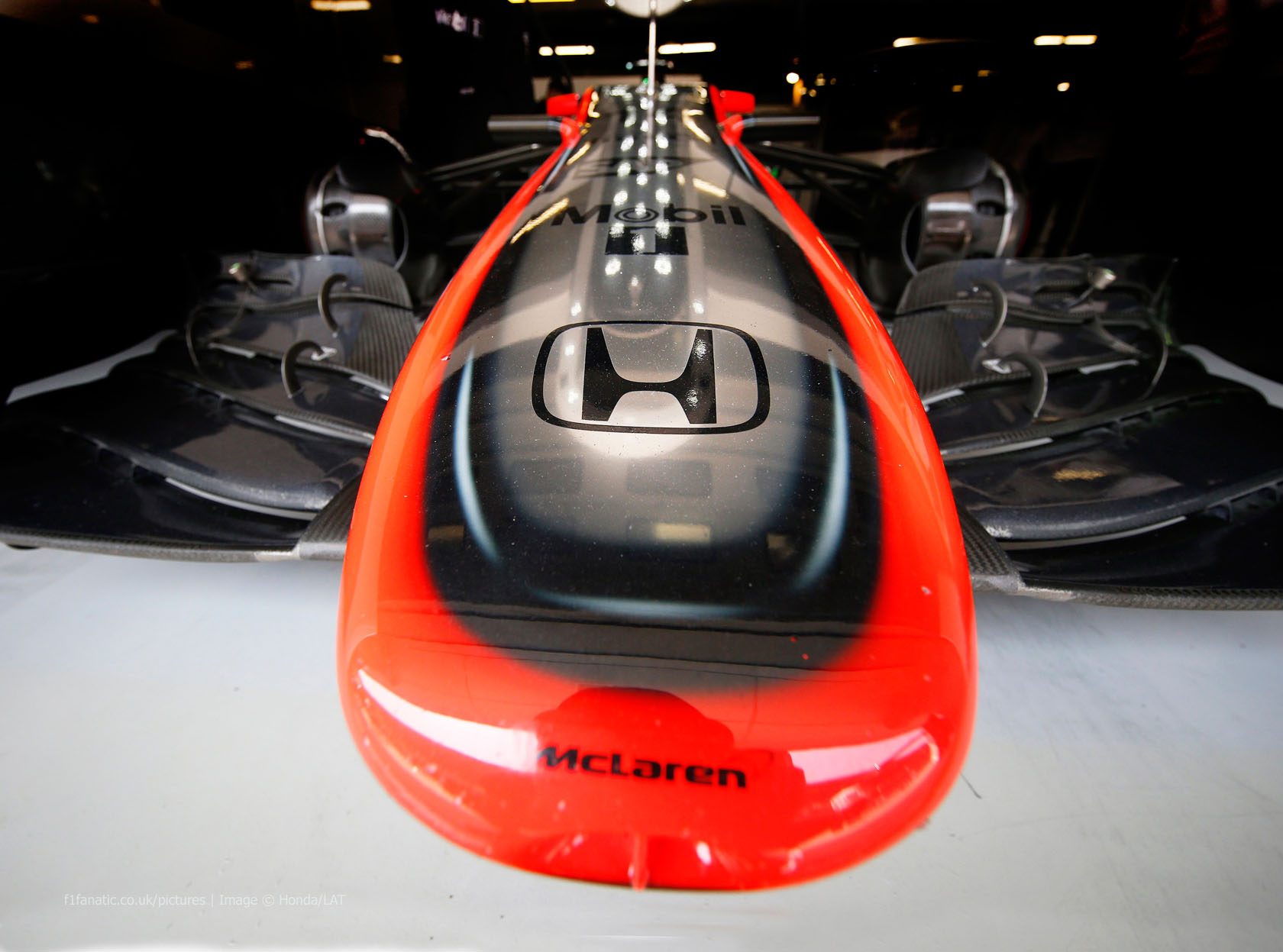 In the round-up: Eric Boullier says that the relationship between McLaren and Honda is starting to become more harmonious.

"There are a lot of cultural differences, and I think it is more about McLaren understanding the strategy and commitment of Honda and make sure we fit it into our world rather than expecting them to come to our culture. The move was more to be made by us and I think that the co-operation we have started at every level is paying off."

"We've had four races now and it's quite clear what the order is. We've got some upgrades coming for Barcelona. I think it will be a fair old challenge to catch (Ferrari) back up, especially in terms of race pace, by Barcelona, but the target is that we'll catch them back up."

"But to be realistic: our problems are not short term so there will not be any short-term fixes. We have to take a bit of a pain at the moment. And if that is the foundation for a better future then you’ve got to take the pain."

Analysis: Why engines are an easy scapegoat for F1 woes (Motorsport.com)

"F1 supremo Bernie Ecclestone likes to place the blame for falling spectator numbers squarely at the feet of the current V6 turbo engines. This conveniently overlooks the 30 percent decline over the past five years that includes a four-year period when the sport was powered by the V8s he is so keen to restore."

"Rosberg is the best-known member of the GP2 debutants in 2005. After winning the inaugural title, he joined Williams for the 2006 F1 season. After five years, he secured a switch to Mercedes, with whom he finished as the runner-up in last year’s world championship behind teammate Lewis Hamilton."

"Prindiville is now privileged to have the genuine Senna Toleman-Hart TG184-2 for sale in its London showroom. This iconic piece of Formula 1 history has proven provenance and its previous owners include ex-F1 star Stefan Johansson."

Sorry guys, very quiet on #twitter but very busy home… Hope you had a good week and some good plans for the #weekend … #r8main

With teams having agreed to vote for a fifth engine allowance for this season some argue that this tinkering of the rules mid-season reflects negatively on the sport. On the other hand, @koosoos disagrees…

This is exactly what makes F1 so interesting. It is all out team battle to win. Team principals how have to fight to get the regs in their favor. Designers how have to design the best car to the regs his team principal could get them and the driver and track side team have to get the best out of the car the designer designed. That is what makes F1 so great. The end the race is only the showpiece where you see everything come together. If the team principal was good enough to get the other teams to agree to a rule change that will benefit his team then he did a great job. F1 is a sport where there is no inch given, I will even go so far as to call it a cut-throat sport. Where if you are weak you will die.
This is why it is for me the best sport on the planet. Everything the team does from top to bottom has consensuses.
@koosoos