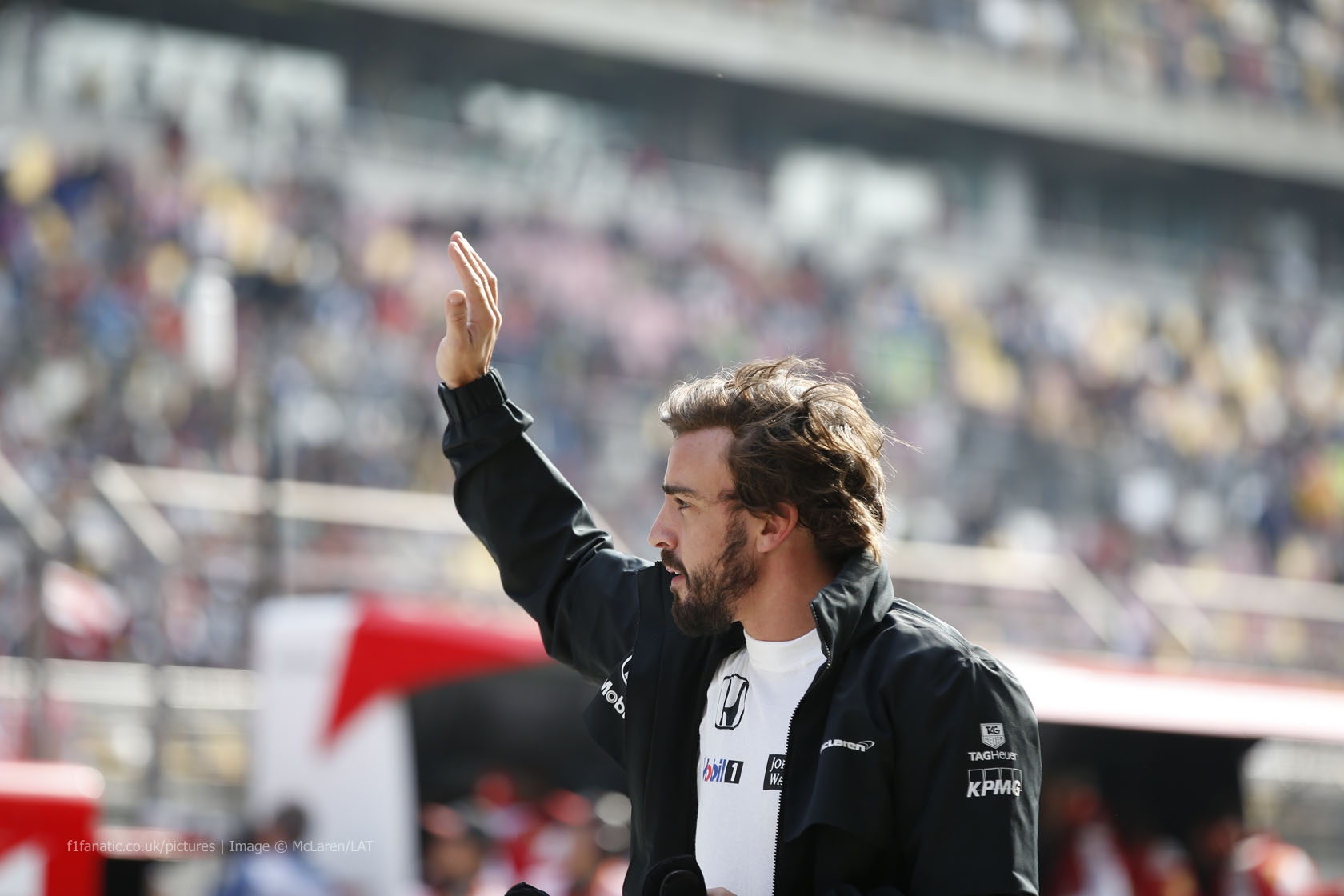 In the round-up: Former world champion Jacques Villeneuve says that is was a mistake for Fernando Alonso to leave Ferrari for McLaren last year.

Villeneuve: Alonso 'may not win any more races in F1' (Motorsport.com)

"Leaving Ferrari was clearly a mistake. I think Alonso would have fought for the title with this Ferrari. With this move, Alonso may have ended his career – he may not win any more titles or even races."

"There is plenty of stuff that we need to do and need to improve, that is where my focus is. That is our best chance, to look at performing well this year and at having the strongest chance for the championship."

"We plan some (upgrades), like many other teams. Hopefully it will work well, and I am confident that the team is going to move forwards from now on because we have been going backwards."

"Lewis Hamilton is still the richest sportsman in Britain with a fortune of £88m but Wayne Rooney has overtaken Jenson Button to sit second in the 2015 Sunday Times Sport Rich List. "

Thanks so much for the great messages for happy birthday!! Take care and have a fantastic day !!

Happy Birthday @MassaFelipe19 ! Hope you have a good one mate

Some training in Monaco now. Checked out the track during this morning run 😉 Have a great weekend all! pic.twitter.com/j2NxniQtb5

The @fia delegates huddled in the car park of the damaged hotel in Nepal – they are stranded but safe. pic.twitter.com/BLpaWlth0j

After yesterday’s comment of the day focussed on whether there’s too much management involved in racing in modern F1, @robbie adds further to the debate.

For me it is about the amount of management needed…as in…it overwhelms the race. The other side of the concept of the extreme management we have now does not have to mean ‘caffeine high’ sprints for every lap of every race. That’s just as extreme as the management. There is plenty of room in the middle for more actual racing for, let’s say, half the stints rather than just a few laps per set of tires, such that it isn’t ALL about management. These drivers aren’t able to push, and any pushing they are allowed to do is still within too many confines for my liking. There is no room for them to be gladiators out there on the track. They’re too busy monitoring things. Fighter pilots monitor things because if they don’t they’ll die. F1 racers are in a sport that is meant to entertain and enthrall, and less monitoring and more actual racing would only help. Would anybody actually vote for more monitoring and management than we have now?
@robbie

Chris Amon won the non-championship BRDC International Trophy at Silverstone on this day 45 years ago driving a March.

103 comments on “Alonso may not win again – Villeneuve”