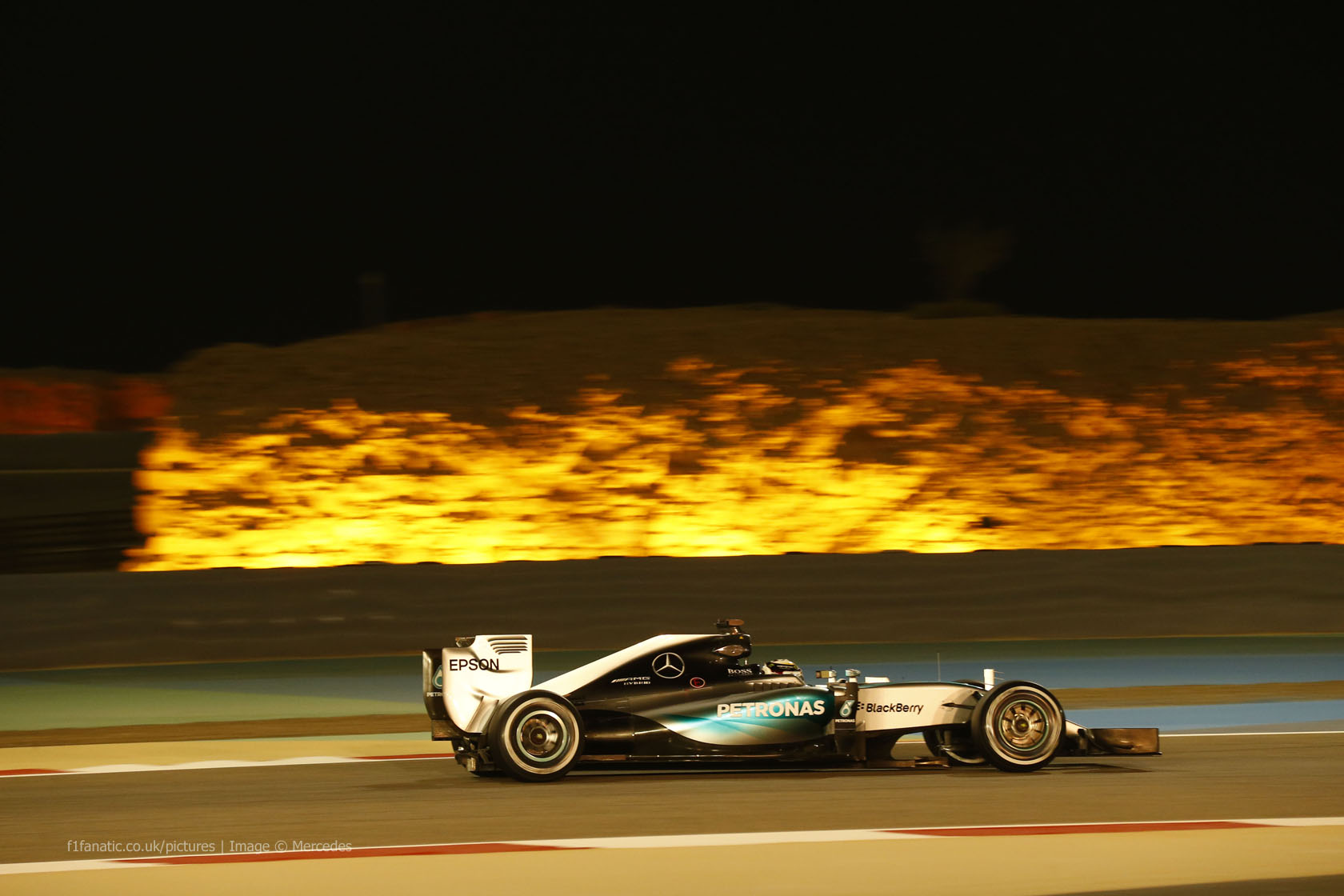 The competitive order of the F1 field has been shaken up over the winter but one constant remains: Mercedes has by far the fastest car over a single flying lap.

What’s more the scale of their superiority is virtually unchanged. Over the first four races of the year Mercedes were 0.85% quicker than closest rivals Ferrari, compared to the 0.83% margin they had over Williams this year. Mercedes continue to enjoy a substantially greater one-lap performance advantage than the ‘dominant’ Red Bulls of 2010 to 2013 did.

Those looking for a close fight in F1 can at least feel relieved that Mercedes have not repeated the performance advantage they exhibited in the first race of the year in Australia, where their cars were a stunning 1.61% faster than anything else in qualifying.

And much more encouragingly, Mercedes cannot sustain that kind of lap time advantage over a stint. Ferrari’s performance on the softer compounds is a genuine threat to them, as Sebastian Vettel’s win in Malaysia and Kimi Raikkonen’s run to second in Bahrain showed. And with three of the next four races being contested with Pirelli’s softest choice of tyres, the pattern of Mercedes qualifying well but feeling the heat in the races looks set to remain.

The table below shows how far each team was off the fastest lap time set during each race weekend so far this year:

Ferrari appears to have halted and begun to reverse a four-year slump in performance which saw them drift further away from the sharp end of the grid.

Last year they were 1.14% off the pace on average. They’ve cut that to 0.85% over the winter, and while that may not seem like much, they have been aided by a poor winter for Red Bull and Williams. More is promised from an engine upgrade potentially arriving as soon as the Canadian Grand Prix.

Red Bull’s troubles with Renault have been well-documented. The RB11 was alarmingly off the pace at the first race weekend, and though modest gains have been made they remain far further behind than they were last year. However the team does have some hope in that Renault has more engine development tokens available than and of the other manufacturers.

Williams, however, can only feel disappointed in their start to the season. Their conviction that an engine customer team can take the fight to the manufacturers has been dealt a blow as the FW37 is further off the pace than its predecessor.

Not that having an engine manufacturer behind you is an instant ticket to success, as McLaren’s struggle continue to demonstrate. There are clear signs of progress here, however, much as was the case with Lotus in the early stages of last year. But while Lotus lost momentum at mid-season, hit hard by the ban on front-rear inter-connected suspension, McLaren can’t afford to stand still.

Bringing up the rear of the field some way behind is Manor, the only team still using a 2014 engine package. They intend to switch to a 2015-specification Ferrari as soon as possible, which should substantially cut their deficit to the other teams, all bar one of which are at least 4% quicker over a single lap on average.

Will Mercedes use their performance advantage to take a clean sweep of pole positions this year? Will Ferrari continue to take the fight to them in the races?

And how much progress can McLaren make in their first year with Honda? Have your say in the comments.