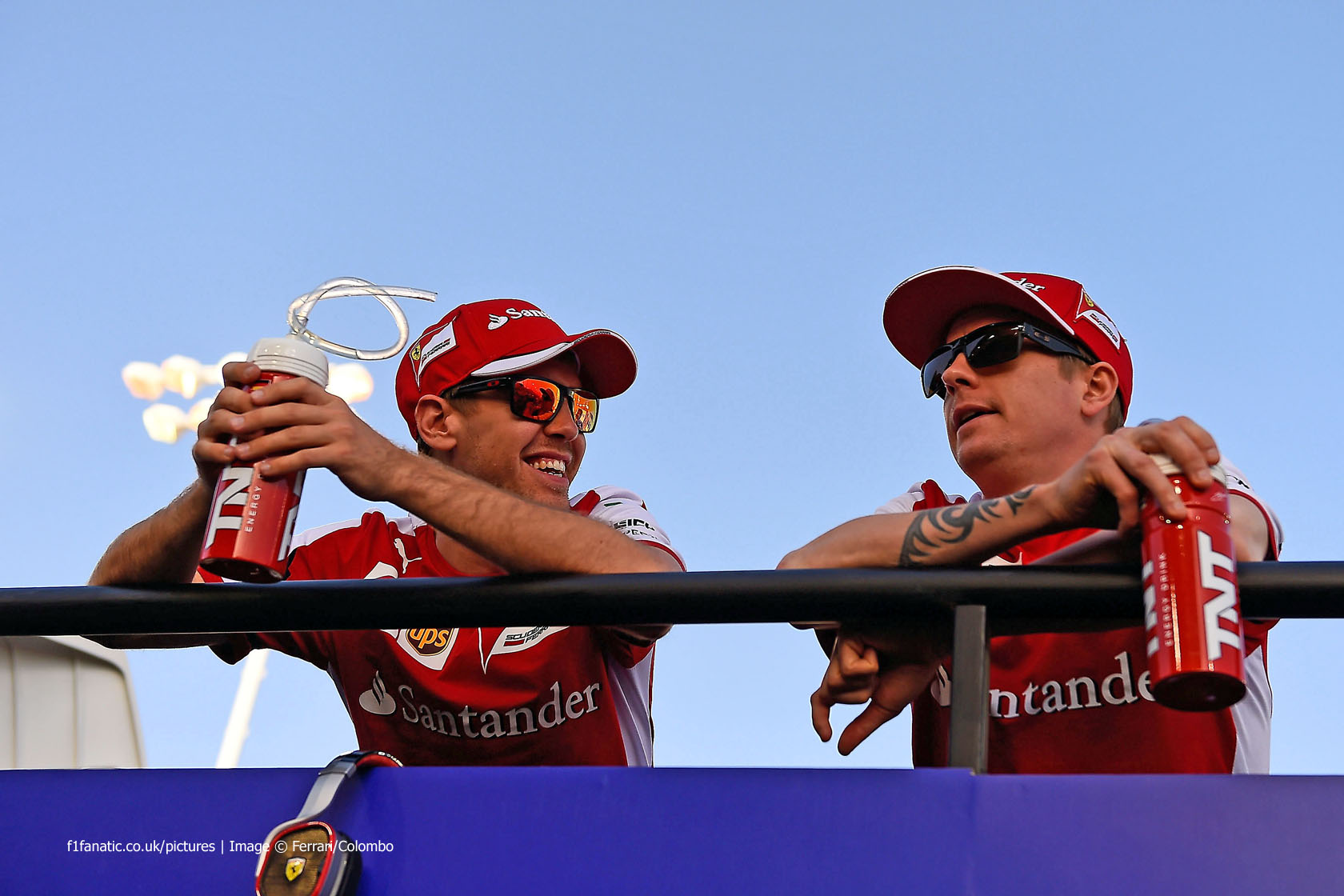 In the round-up: Kimi Raikkonen says life under the new Ferrari management is “a lot better” than it was last year.

Kimi Raikkonen pleased with improved situation at Ferrari in 2015 (Sky)

"Asked if the current situation hadn’t always been the case, Raikkonen replied: 'It’s different than last year and it’s a lot better.'"

"We would love to have it for Barcelona but that didn't happen so I think Silverstone will be the first time we have a new package."

"There's a lot of people making up stuff."

'Upgrades in every area' at McLaren (F1i)

"There’s upgrades in every area really. We haven’t come here with a second of lap time, because that just doesn’t happen in Formula One these days, even when you start where we did."

"Q: When was the last time that you were really happy in a car? That kind of ‘this is the best car I’ve ever driven’ happiness? FA: I think probably in 2005 - I had that feeling of having a superior car. Also in 2010 - my first year with Ferrari - I was quite surprised about the performance, and I was happy."

"Mercedes also had an old F1 safety car there and I took that out on the banking, too."

"During Thursday's two-hour familiarization session I stood beside a burly Spanish crane operator who had tears streaming down his face, deeply moved by the shrieking spectacle of 33 flame-spitting F1 cars attacking the virgin ashpalt."

"In the end, Louis Schweitzer and Patrick Faure said we needed to stop F1 as we had nothing left to prove. Jerez was our last race. We had asked Bernie (Ecclestone) to have the last race in Europe for a large TV audience, and we wanted to win and leave in front." For the first time in history, Ayrton Senna and @alo_oficial together on stage. #Hologram #DontCrackUnderPressure pic.twitter.com/ZaaMyJZzoJ Mercedes have hired Esteban Ocon, who already has enough superlicence points to race in F1 next year, as a DTM test driver, while their F1 tester Pascal Wehrlein won’t have any by the end of the year:

I’m wondering what will happen with Wehrlein considering the new superlicence rules – unless I misunderstand something about them, I believe Wehrlein will have none of the 40 points required by 2016, as by that point he will have been racing in DTM for the past three years (which gives no superlicence points). Won’t he have to try and get some strong championship finishes in Euro F3/GP2/GP3 etc… over the next three years if he wants to have any hope of getting a superlicence any time soon? To be eligible for a superlicence by 2017 he would have to do something like win Euro F3 or get a top two finish in GP2 next year, as it looks like he is just going to be doing DTM this year.

If Mercedes want him to be ready for F1 in case of an unexpected driver departure, I would’ve thought they would’ve put him in one of the junior formulas by now. Going by Toto’s comments at the beginning of the year, it seems like they would be more likely to put Alonso or Bottas in the car if one of their drivers left in the near future anyway – it’s starting to sound like Mercedes might need a junior team soon!
@Polo