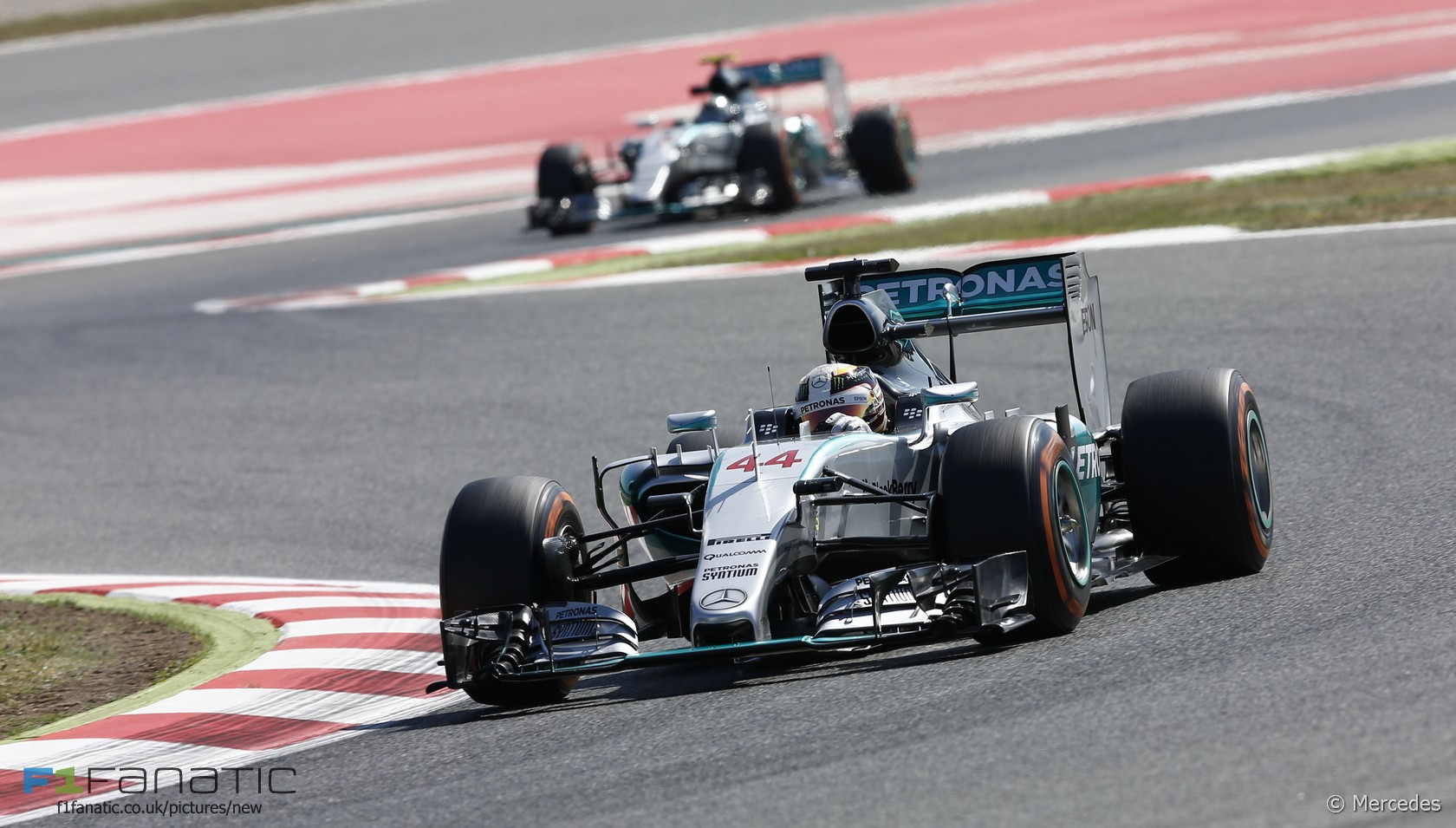 Lewis Hamilton kept Mercedes on top in the second practice session at the Circuit de Catalunya as rising temperatures made it hard for drivers to improve their lap times.

Hamilton set the pace with a 1’26.852 on the medium compound tyres – but that was fractionally slower than Nico Rosberg managed in the morning session on the harder rubber. The track temperature rose by over 20C between the two sessions and was nudging 50 degrees by the time the chequered flag came down on Friday’s running.

Rosberg was one of the first drivers to discover how quickly the tyre performance dropped off on the hot track – his medium tyre run was over three-quarters of a second slower than Hamilton subsequent effort. Sebastian Vettel separated the two silver cars, some four tenths of a second shy of Hamilton’s mark.

An unhappy Kimi Raikkonen complained on several occasions about a lack of grip, which his race engineer assured him was typical of what the others were experiencing, and ended the session within a second of Hamilton’s time.

The only other driver to break the 1’28s barrier was Daniil Kvyat in the Red Bull which was sporting a revised, shorter nose. He ended practice fifth ahead of Max Verstappen.

Next up was Jenson Button who produced an eye-catching lap time in the freshly-livered McLaren good enough for seventh on the times sheets. Team mate Fernando Alonso was just two-tenths of a second slower, but they were separated by a tightly-knit group including Carlos Sainz Jnr and both Williams cars.

For the second session running Daniel Ricciardo only managed a handful of laps. Once again Red Bull had to replace the Renault engine in his car, and he eventually made it out with less than ten minutes remaining.

Romain Grosjean’s running was also hampered by technical problems. The most spectacular of which came when the engine cover on his Lotus shattered as he passed the start/finish straight, causing the session to be red-flagged while the debris was cleared up.

19 comments on “Hamilton ahead as heat rises in Spain”