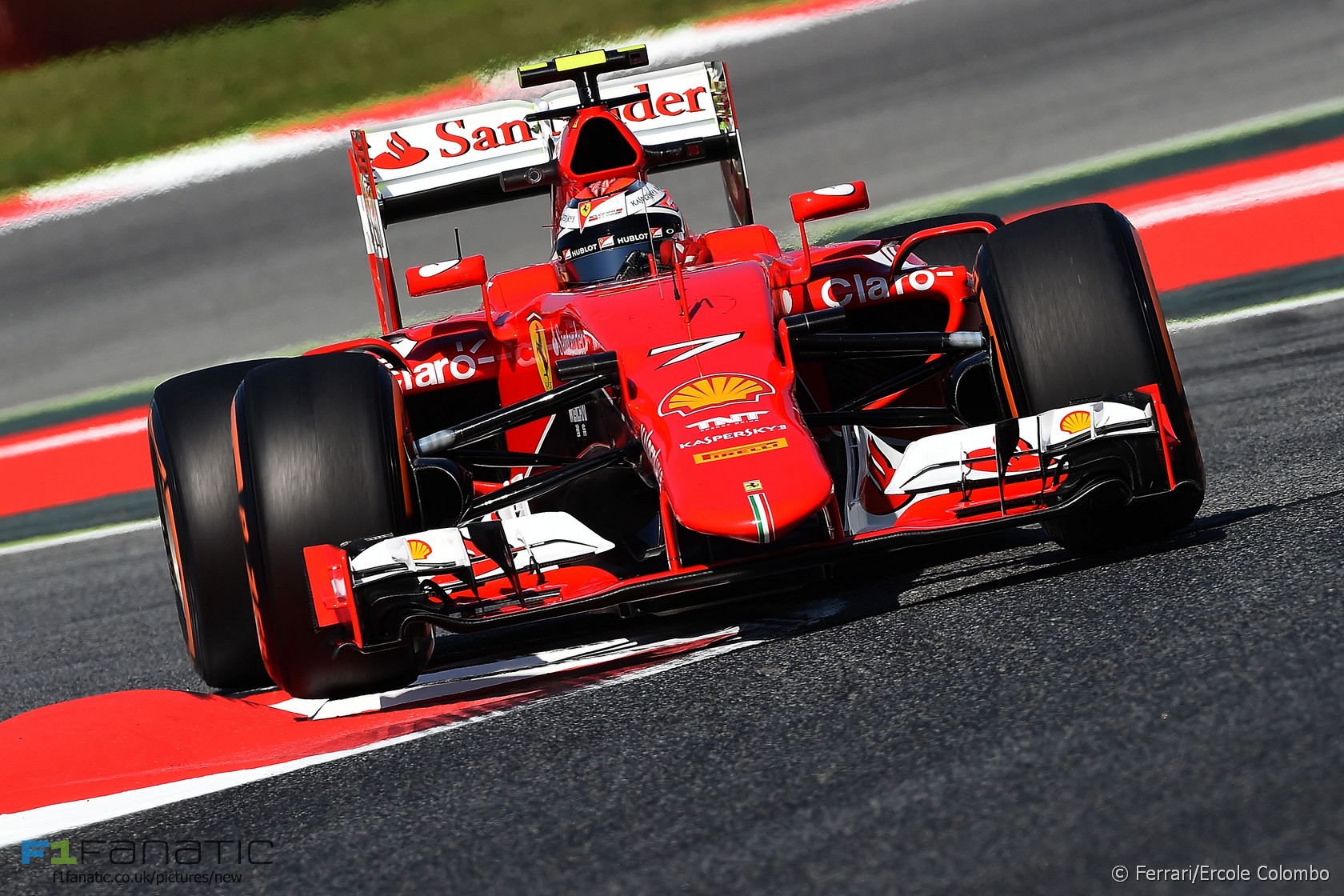 Kimi Raikkonen led the Ferrari charge against Mercedes in the last race but he ended the first day of practice for the Spanish Grand Prix distinctly unhappy with the balance of his SF-15T.

As forecast the conditions on Friday were very warm – with track temperatures nudging 50C – but also quite windy, either of which Raikkonen suspects might have contributed to his problems.

“I don’t know if it was caused by the wind or by the conditions of the track but I have been struggling all day,” he said. “We did not see anything bad with the upgrades we brought here. It’s just the feeling that it’s not completely right, as if the car was sliding. I feel there’s a lot to improve”

Several unhappy radio messages between him and race engineer David Greenwood were heard during practice. “I have no grip whatsoever, front or rear,” Raikkonen complained during the second session. “It’s very poor the car now and I cannot understand that. How it can be so difficult?”

Raikkonen was running on the hard tyre at the time and Greenwood was keen to move on to the softer medium compound – “the tyre we’re going to use more this weekend”, he said. Team mate Sebastian Vettel also feels the medium is the quicker compound.

However in the hot conditions of second practice Mercedes preferred the hard tyre. “The second session was quite a strange one with some unusual gaps between the teams,” said executive director Toto Wolff, “and we found the car was better on the [hard] tyre than the [medium] in the hot conditions.”

The race, however, is expected to be run in slightly cooler conditions. Will Mercedes therefore join Ferrari in preferring the softer compound? And, as we saw in Malaysia, will they be tempted to alter their qualifying tactics to ensure they have sufficient new sets of their preferred rubber to hand?

Even in the age of DRS and designed-to-degrade tyres, pole position remains very important at the Circuit de Catalunya. Nico Rosberg knows if he’s going to have a chance of putting one over his team mate in qualifying he needs to come up with some answers overnight. “On one lap I still have a bit of work to do to find some more speed,” he admitted.

One of the stand-out performances during practice came from Jenson Button, who set the eighth-fastest time in his McLaren. The team aren’t getting too excited about their progress yet, however.

“I wouldn’t read too much into a Friday,” said McLaren’s acting CEO Jonathan Neale. “We all like to convince ourselves that if you’re quick on a Friday you’ll be quicker during a weekend but Fridays are notoriously fickle, you don’t know what everybody else is doing so we’ll see tomorrow just where we’ve got to.”

“But the reality is we’ve been pushing on all areas ofthe car. We have aerodynamic upgrades this weekend, we have some engine reliability upgrades, there’s a huge amount of work still to do on our systems package, much of our performance we’re getting from systems integration work. And importantly ExxonMobil have delivered us a fuel upgrade here as well.”