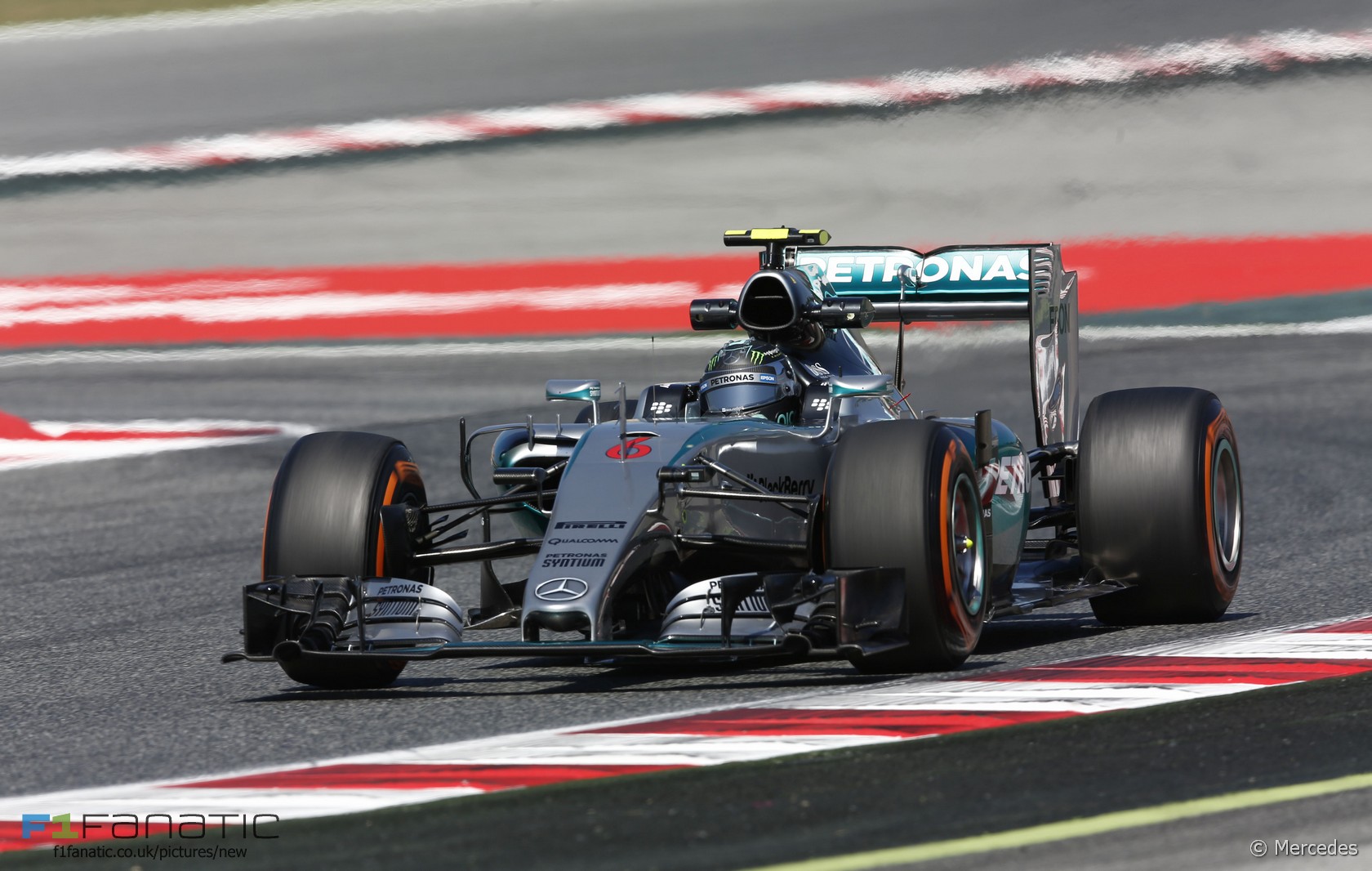 Nico Rosberg led the final practice session at the Circuit de Catalunya as team mate Lewis Hamilton was delayed by a mid-session spin.

The Mercedes pair waited until the middle of the session to begin their first runs and soon took over the top of the times, both setting quicker laps on hard compound tyres than Daniel Ricciardo was able to do on his early run on mediums in the Red Bull.

However Hamilton’s progress was interrupted when the car got away from him in turn three – the corner made infamous by Fernando Alonso’s crash during testing. The Mercedes understeered wide then snapped sideways on the outside of the corner and skidded to a halt. Hamilton was able to get going again but his tyres were ruined by the slide. Meanwhile Rosberg improved on the best time of the weekend up to that point, lapping in 1’26.777.

When the pair came out for their performance runs on the medium tyre a clean lap put Rosberg ahead by two-tenths of a second. And worryingly for Mercedes, Sebastian Vettel was able to get his Ferrari in between the pair of them.

Kimi Raikkonen might have been able to do the same in his Ferrari, but the team discovered a problem related to an incorrect setting on his car after he began his run. “Excellent. How can we be in wrong settings?” exclaimed a frustrated Raikkonen, who ended the session fifth behind the Williams of Valtteri Bottas.

Ricciardo’s early run on mediums turned out to be good enough for sixth ahead of the second Williams of Felipe Massa. Both Toro Rosso drivers ended the session in the top ten, separated by the other Red Bull of Daniil Kvyat, who made a late start to proceedings after a further technical problem on his car.

Jenson Button was the quicker of the two McLarens in 11th, while Alonso set the 14th-best time after clouting a kerb at the chicane on his quickest run.