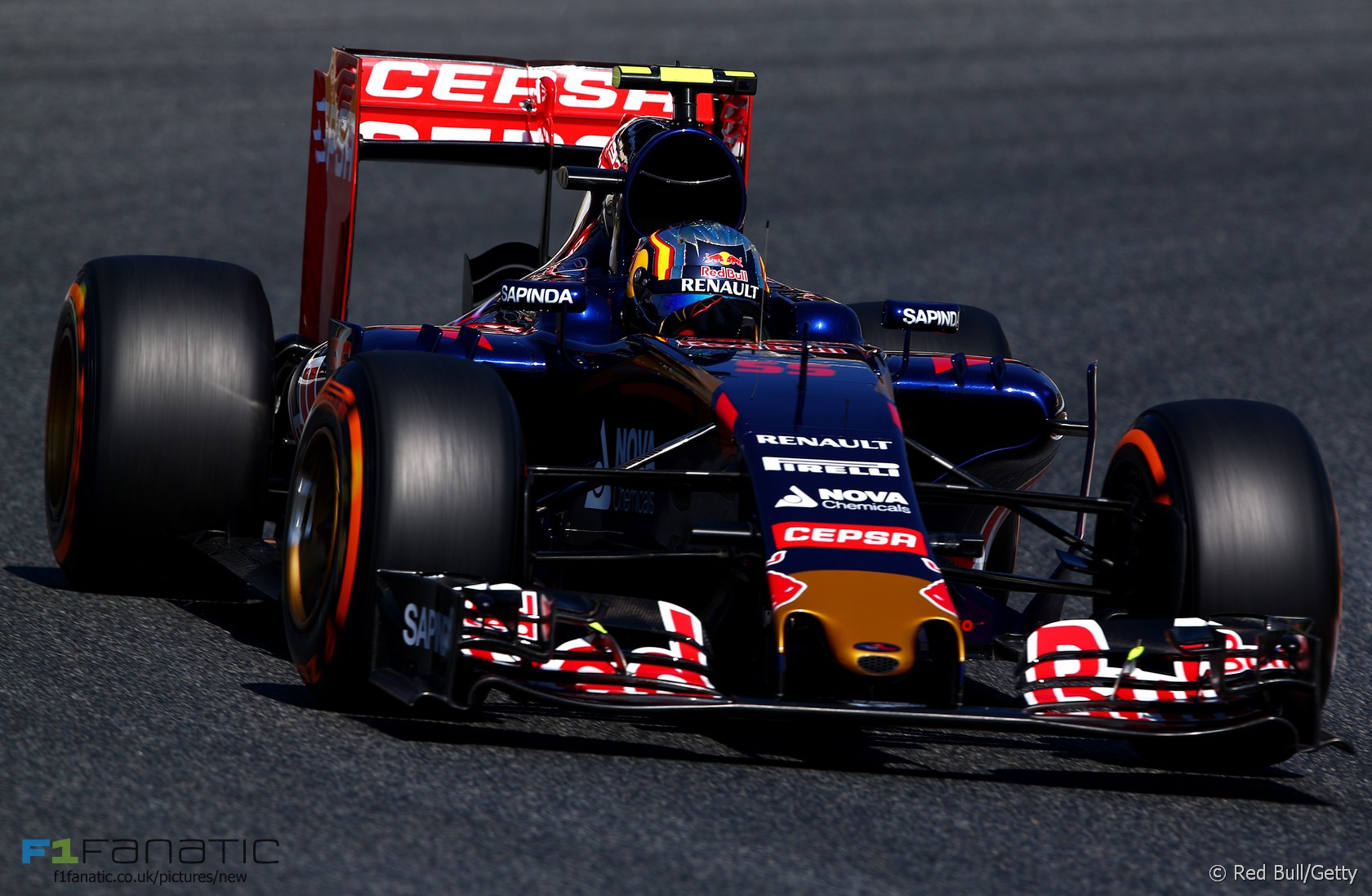 Carlos Sainz Jnr pronounced himself “very happy” to score the best qualifying position of his career so far with fifth at home but doubts he can repeat the feat in tomorrow’s race.

“P5 for us tomorrow would be very difficult,” Sainz told reporters after qualifying. “We are going to try our best.”

Sainz said he struggled with a lack of front end grip throughout practice but when qualifying began he found he was able to get the front tyres working.

“I’ve never been comfortable with the car up until quali,” he said. “Suddenly Q1 run one, everything turned up, car was on the right window where I wanted it and from Q1 I was feeling very comfortable and I could build on it to score a very nice qualifying position.”

Sainz admitted he “didn’t realise I was at home until the lap back to the pits after Q3”.

“I realised, yeah, I had done a P5 and I was at home. And I could see all the crowd, everyone was cheering, it was a great feeling.”