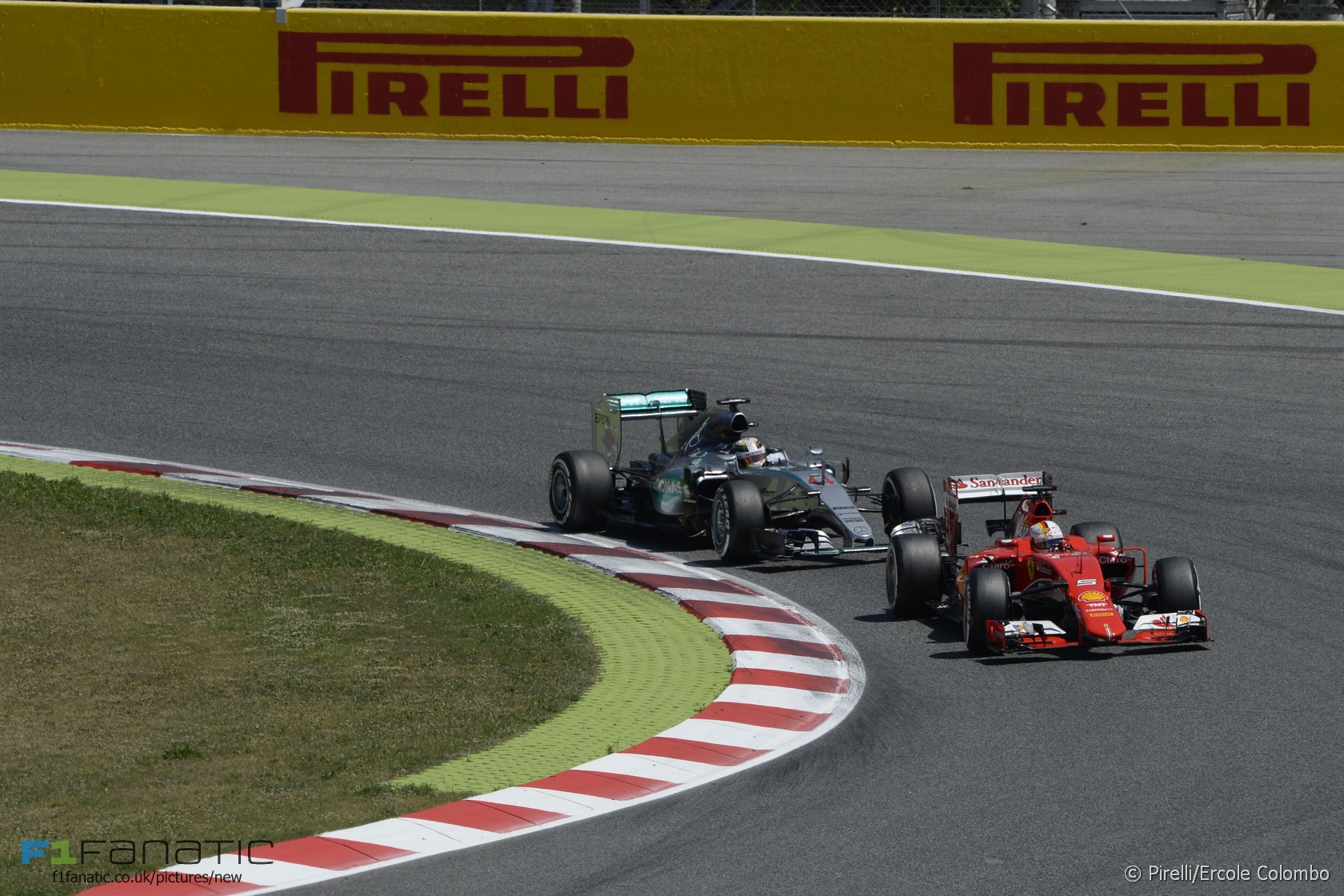 Sebastian Vettel said it was not Ferrari’s plan to react to Lewis Hamilton changing his strategy during the Spanish Grand Prix.

A slow first pit stop for the Mercedes driver allowed Vettel to keep him behind as they began their second stints. But Ferrari decided against reacting when Hamilton made an early second pit stop, changing his strategy in a bid to get ahead of Vettel.

“We were on two stops, Lewis was on three stops, so I think covering him would have been difficult,” said Vettel after the race.

“Obviously in the first stop, I guess we reacted because Lewis has such a poor stop – I don’t know what happened to him – so we were able to cover him. That was a nice invitation and we took it. After that, as I said earlier, him pulling in so early was clear he’s diverting, or going on a three stop, which was not our plan today, so we stayed out.”

Vettel doubted Ferrari could have overcome Mercedes’ performance advantage by trying to keep track position over Hamilton. “All in all, they were probably a little bit too quick to really put more pressure on them,” he said.

However Ferrari did perform some of the fastest pit work of the race – three of their pit stops were among the four quickest of all.

8 comments on “Copying Hamilton’s strategy “not our plan” – Vettel”