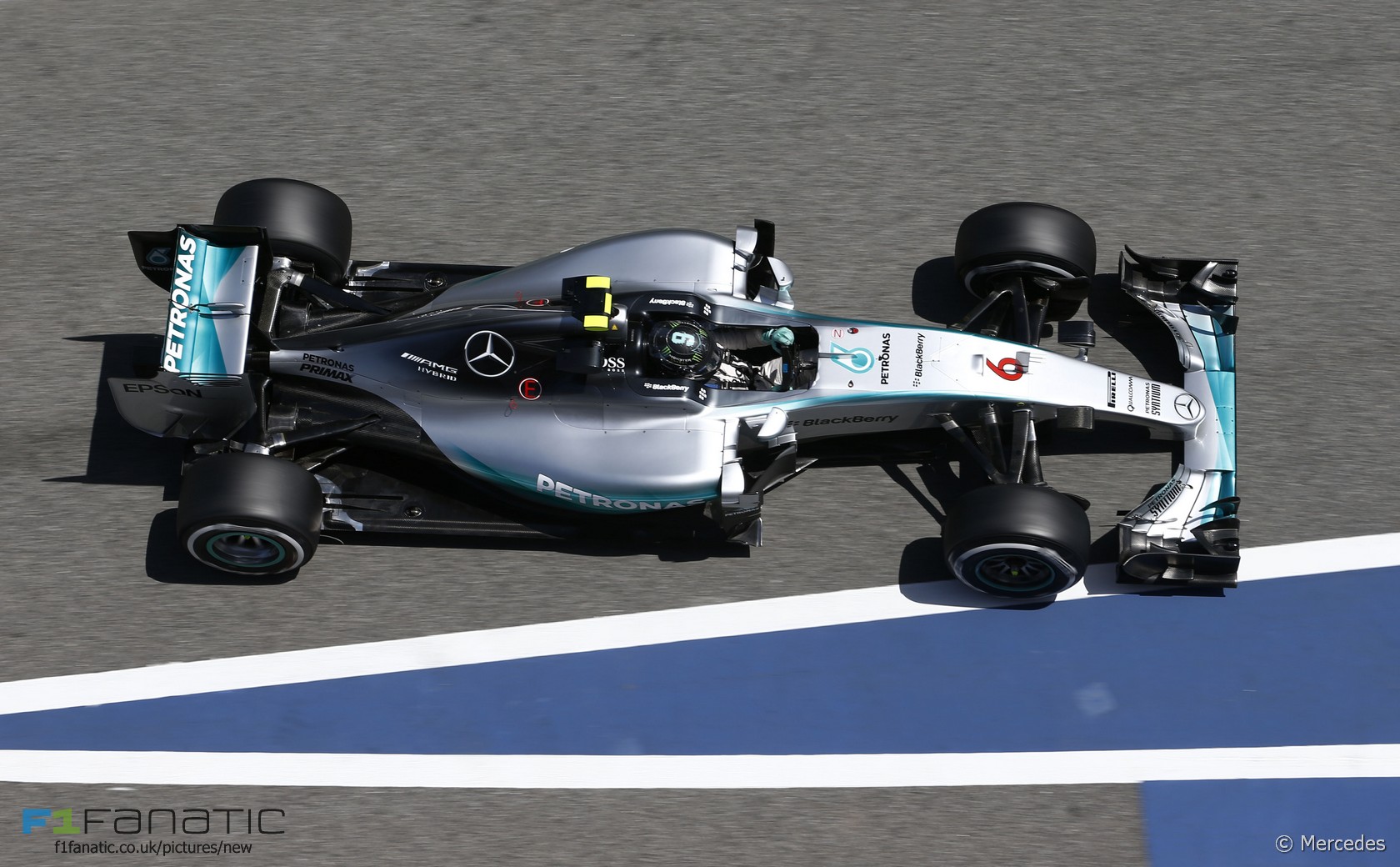 Mercedes revealed they deliberately delayed Nico Rosberg’s final pit stop to reduce the chance of him and Lewis Hamilton crossing paths late in the race.

While Rosberg led the Spanish Grand Prix as he pleased using a conventional two-stop strategy, Hamilton dropped behind the Ferrari of Sebastian Vettel at the start and had to switch to a three-stopper to get ahead.

Rosberg made his final pit stop on lap 45. Shortly before that Mercedes had asked him on the radio to stay out for an extra two laps. The reason for that is clear to see in the graph below – had Rosberg pitted on his scheduled lap, he would have rejoined the track directly in front of Hamilton, who at the time was trying to pull away from Vettel.

“As Lewis was building the gap he needed ahead of Sebastian in his third stint, we actually compromised Nico a little bit by leaving him out longer than optimum before his second stop,” explained Mercedes executive director Toto Wolff.

“This made sure the two cars didn’t trip over each other on track, while running different strategies, and gave Lewis the clear air he needed to build the gap to secure P2.”

Could Hamilton have held off Rosberg by staying out on his hard tyres and not making a third pit stop? This would have involved running 34 laps – more than half the race distance – on a single set of hard tyres. The longest any other driver covered was 28 laps, which both the Toro Rosso drivers did, and their lap times were still reasonable at the end of their stints.

Of course this would only have paid off for Hamilton had Rosberg been unable to pass him while enjoying the advantage of tyres which would have been 14 laps fresher. As DRS made overtaking quite easy between drivers on different strategies, it’s not hard to see why Hamilton might have thought that wasn’t worth a gamble.