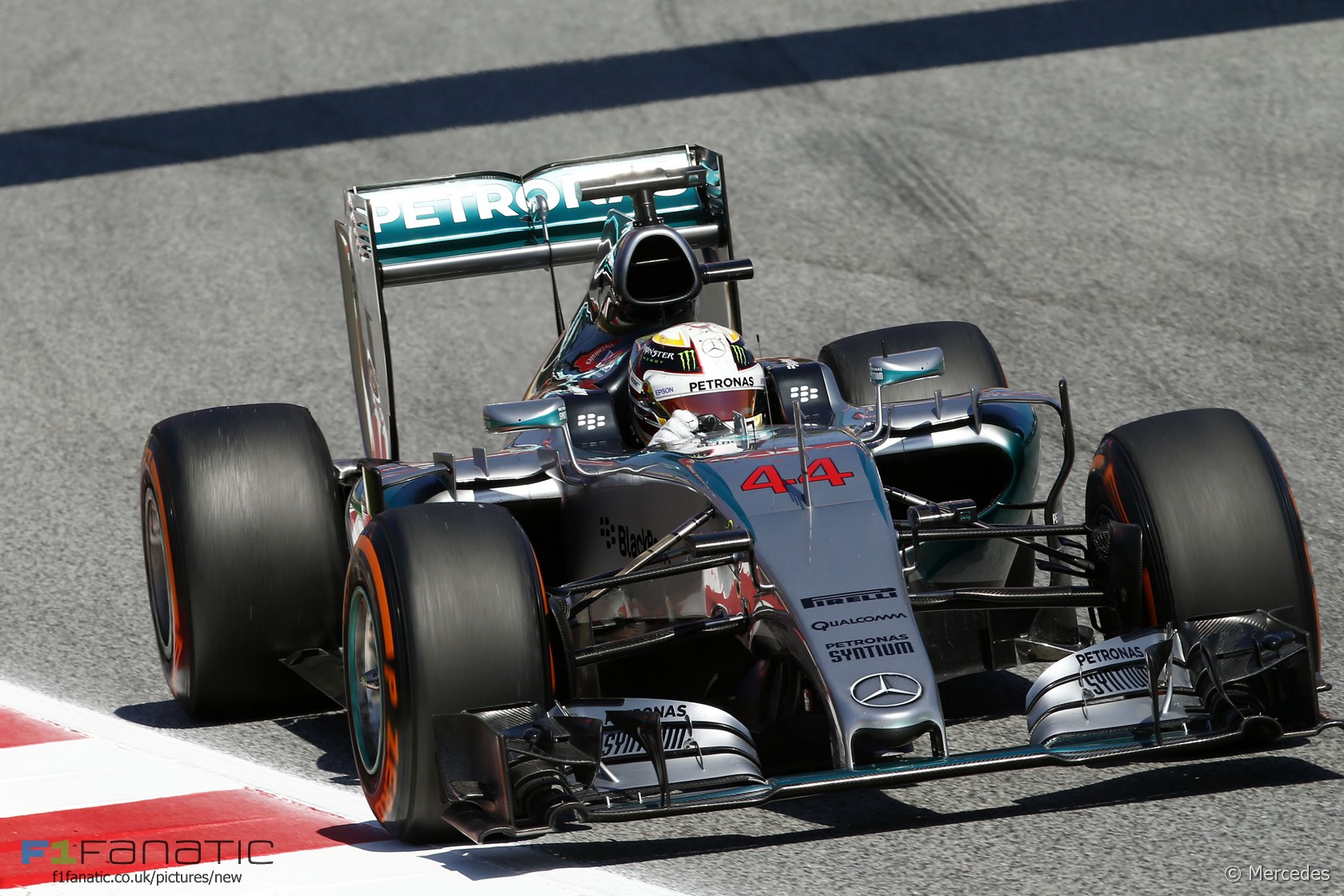 Mercedes were some eight-tenths of a second per lap quicker in qualifying for the Spanish Grand Prix. They tend not to have the same kind of performance advantage in the races, and when they do the desire not to over-stress their machinery means we rarely see it.

But with Lewis Hamilton running a three-stop strategy and getting in clear air near the end of the race, more of Mercedes’ true performance was revealed. None of their rivals got within 1.6 seconds of his best lap time, and Nico Rosberg cruised to victory with a best lap 0.8s faster than anyone else managed – the same margin we saw in qualifying.

Rosberg finished the race three-quarters of a minute ahead of the next non-Mercedes: Sebastian Vettel’s Ferrari, which lost on average almost seven tenths of a second per lap to the race winner.

Vettel, however, is optimistic the gap won’t be that large at the upcoming races. “If you look at the gap in the race it was the biggest gap we’ve had so far,” he acknolwedged, “but I think we’re quite confident that we’re going in the right direction.”

“For some reason, I don’t think we were so competitive here which explains the gap. Now we’re obviously trying to understand and find the reasons. Either this track didn’t suit us or the conditions really suited Mercedes.

16 comments on “Mercedes show their hand with 1.6s pace advantage”