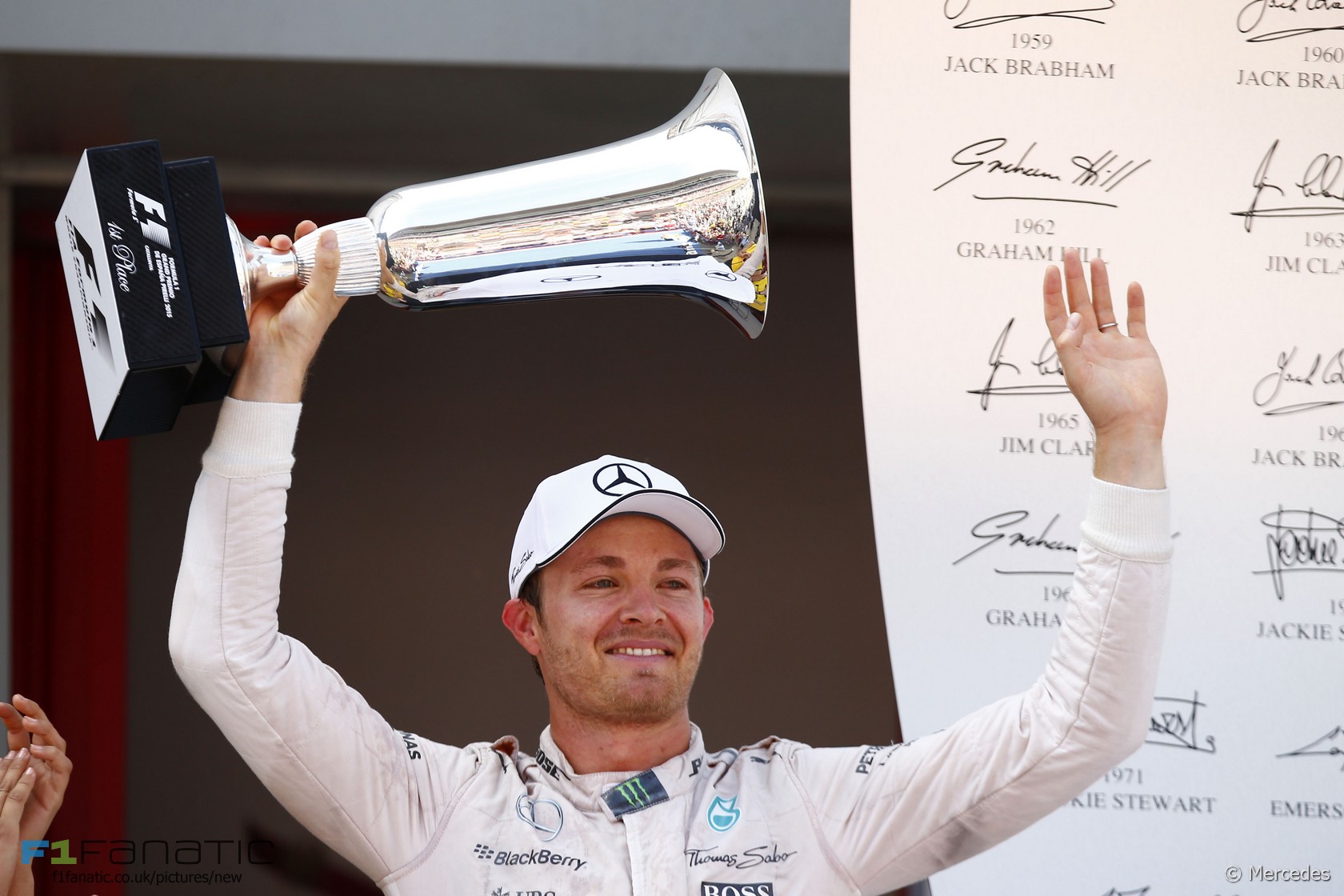 Nico Rosberg cruised to a largely untroubled victory in the Spanish Grand Prix.

Rosberg led from pole position while team mate Lewis Hamilton, who shared the front row with him, fell behind Sebastian Vettel at the start. An early attempt to jump ahead of the Ferrari in the pits was thwarted by a slow tyre change, but Hamilton eventually got ahead by switching to a three-stop strategy.

Mercedes were untouchable around the Circuit de Catalunya, with Vettel three-quarters of a minute behind in third place. Ferrari and Williams were the only other teams to get their cars home on the lead lap.

Valtteri Bottas beat the recovering Kimi Raikkonen to fourth place, with the second Williams of Felipe Massa in sixth.

Daniel Ricciardo came home a lapped seventh ahead of Romain Grosjean, who struggled with a gearbox problem. Daniil Kvyat lost ninth place to Carlos Sainz Jnr at the start of the final lap, while Max Verstappen finished out of the points in eleventh.

The only two retirements were Fernando Alonso,whose brakes failed alarmingly prior to a pit stop, and Pastor Maldonado, who lost part of his rear wing early in the race.