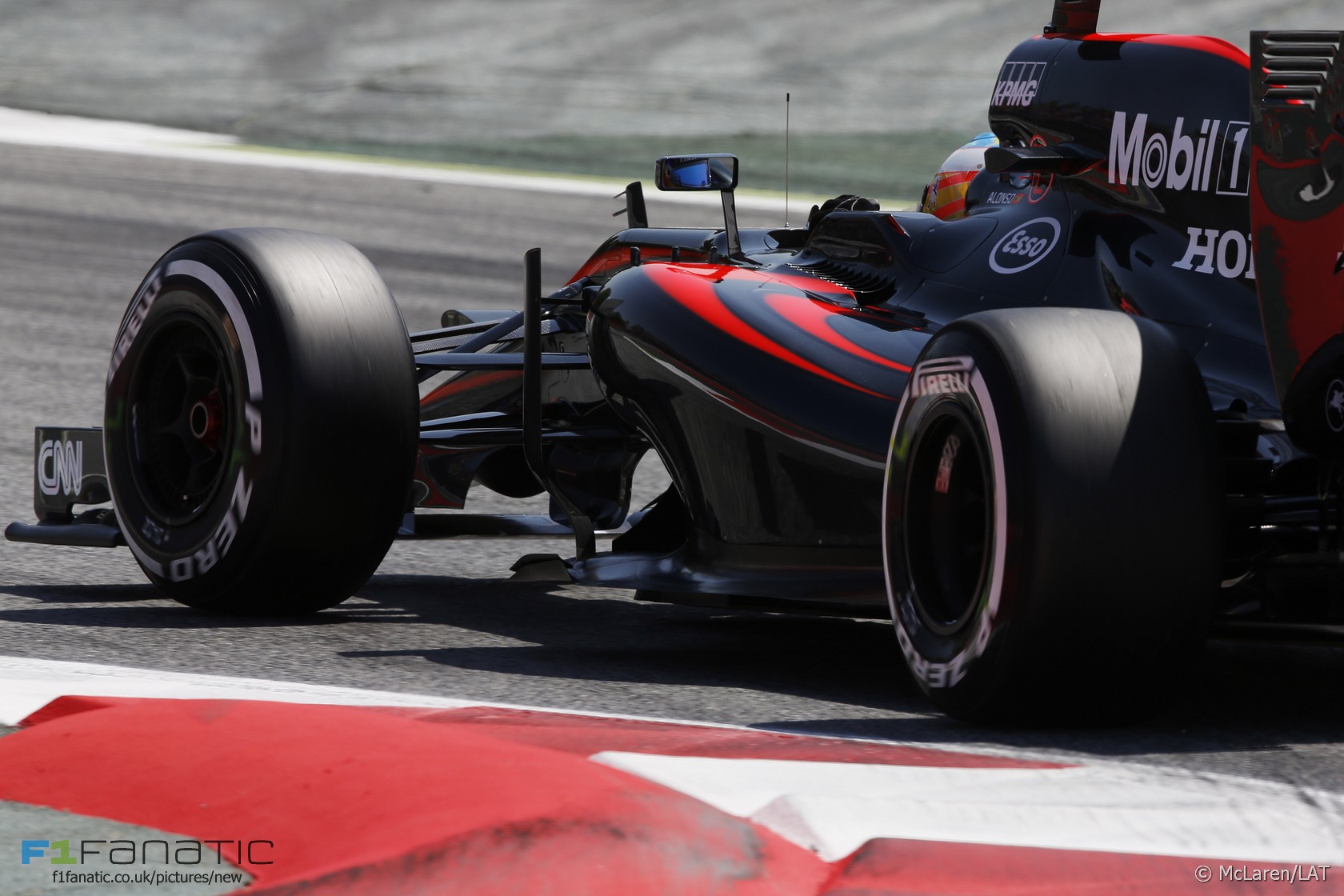 Both McLaren drivers said the Spanish Grand Prix had been a “scary” experience for them – for different reasons.

Jenson Button was spooked by the handling of his MP4-30 for much of the race on his way to a distant 16th.

“My car was pretty scary to drive today,” he said. “As soon as I touched the throttle, it just snapped away from me.”

“It was unpredictable – in low-speed corners the car was just slow because I got wheel-spin immediately. In the high-speed stuff it was just scary, because the rear end would snap away immediately under power.”

“I was talking to my engineers for most of the race to try to find out what the root of the problem was, and we switched on quite a lot of handling balance changes to try to cure it. It got a little bit better towards the end of the afternoon, but it was a pretty tough afternoon.”

Meanwhile team mate Fernando Alonso suffered a fright of a different kind when he experience a brake failure in the pits.

“My pit stop was a scary moment – I didn’t have much rear braking for my whole in-lap, then even less at the stop,” said Alonso, whose front jack man jumped clear as his car shot past its stopping mark.

“It was scary for the mechanics, but luckily it didn’t hurt anyone,” he added after finishing his race in the pits.

29 comments on ““Scary” race for Button and Alonso at McLaren”