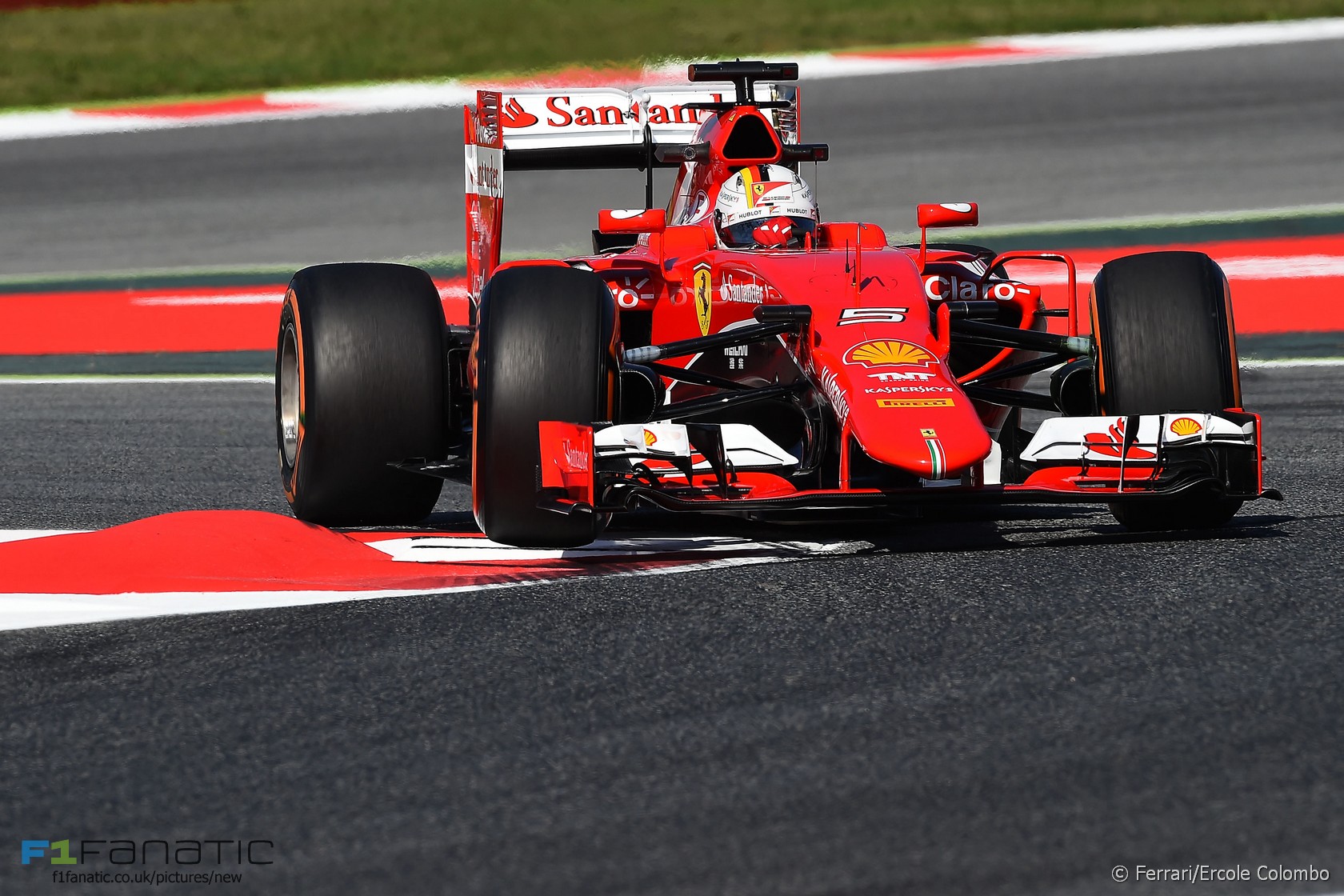 Sebastian Vettel believes he could have separated the two Mercedes drivers and took second place in the Spanish Grand Prix.

Vettel held second through the first two stints of the race after passing Lewis Hamilton at the start. But the Mercedes driver got ahead by converting to a three-stop strategy in the middle of the race.

Ferrari had an opportunity to mirror Hamilton’s strategy but elected to keep Vettel on a two-stop plan. But Hamilton was easily able to pull out enough of a gap to make his extra pit stop and stay ahead of Vettel.

Asked if he thought he could have finished second, Vettel said “I think it was.”

“Obviously we were hanging in there pretty well. We had a good start, we were able to get paste Lewis and then we did the right thing covering him at the first stop.

“But then unfortunately they switched to three-stop and they were just too quick. So we couldn’t really keep up with the pace they had today, third was the best we could do.”

Vettel was also heard on the radio during the race complaining about being held up by lapped cars. “Obviously going through traffic is never easy but in the end it’s the same for all of us,” he said afterwards. “Sometimes you’re a bit lucky, other times you lose a little bit more.”