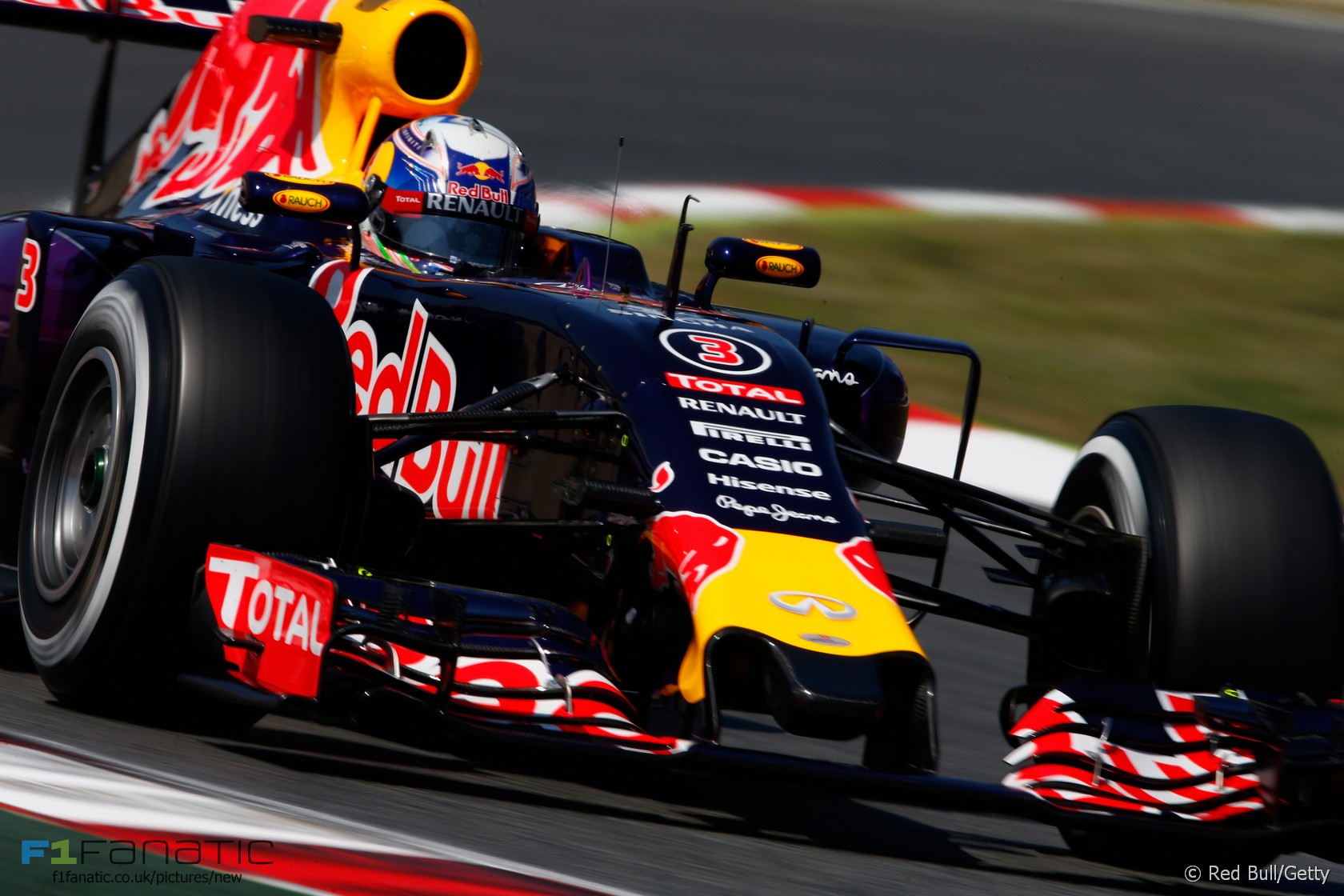 In the round-up: Christian Horner says Red Bull’s reliability problems means this year’s championship is already a “write-off” for them.

"We are so far on the back foot with reliability anyway that, to be honest, this year is pretty much a write-off"

Raikkonen made ‘sacrifice’ for Ferrari (F1i)

"I think yesterday I was prepared to take the risk and sacrifice a little bit myself and if we can learn and we can speed up our learning and knowledge then that will obviously help us."

Formula One clamps down on fuel systems (Reuters)

"There has been speculation that Mercedes and Ferrari, the two most competitive teams, have been boosting flow rates for short periods of time when it might bring an advantage."

Ferrari rule out signing Lewis Hamilton from Mercedes for 2016 (Sky)

"Lewis? No. We are focussed on the current development of the car, we would like to keep the situation as it is as much as Kimi is performing well."

"Obviously having your drivers touch is not ideal and I can't say it was one or the other's fault, honestly."

"We’re certainly not going to start off with a novice driver that has no experience in F1."

"This new nose also moves the centre of pressure backwards and gives more downforce to the diffuser."

Meanwhile, not in Spain... (Joe Saward)

On Day 1, @PWehrlein will get his first run in the VJM08, while on Day 2 it will be @NickYelloly's turn to get some mileage! #FeelTheForce

Roberto makes a break from the Drivers' Parade to repay the support of his home crowd with a few high fives. pic.twitter.com/rzkxU3I9o6

Spoke to Bernie and he confirmed that all is OK for a German GP at Hockenheim in 2016, as per earlier Tweet

Do you like the driver's special one off overalls? #MadMax #SpanishGP pic.twitter.com/jyXvkhuhCY

Raikkonen: "What the [censored by FOM] is this Marussia doing? He has been three corners in the middle of the road." #F1 #SpanishGP

It was a slippery box that made @RGrosjean go long. In that last pit stop.

Well its not a good day to be a front jack man! Onwards and upwards. #F1 #SpanishGP

Some very impressive language skills being displayed on the podium. Always great to hear the local language being used. #F1 #SpanishGP

The FIA should focus on F1’s biggest problems instead of making minor changes to the tyre rules, says James:

The more the FiA try to appease everyone, the more disastrous it gets. Here we are talking about allowing teams to choose their own tyres. This can only lead to one thing – even more complaints in the future.

The racing is good for the second year in a row. The championship is still early, alive and well. If Nico recovers, as it seems, we may have a fight to the finish. Seb still has a shot.

What F1 really needs to look at is cost, cost, cost. Their is absolutely no reason why a team should spend a billion dollars to put two cars on a grid.

Those that want to spend that kind of money should have their own chmapionship. To expect Force India, Marussia, Sauber, Lotus and any other new team to compete well with billion dollar teams is madness.

That is what should be looked at, not such rubbish as telling people to choose their own tyres. Pirelli is doing a good job as an unbiased umpire.
James Devon (@Tata)