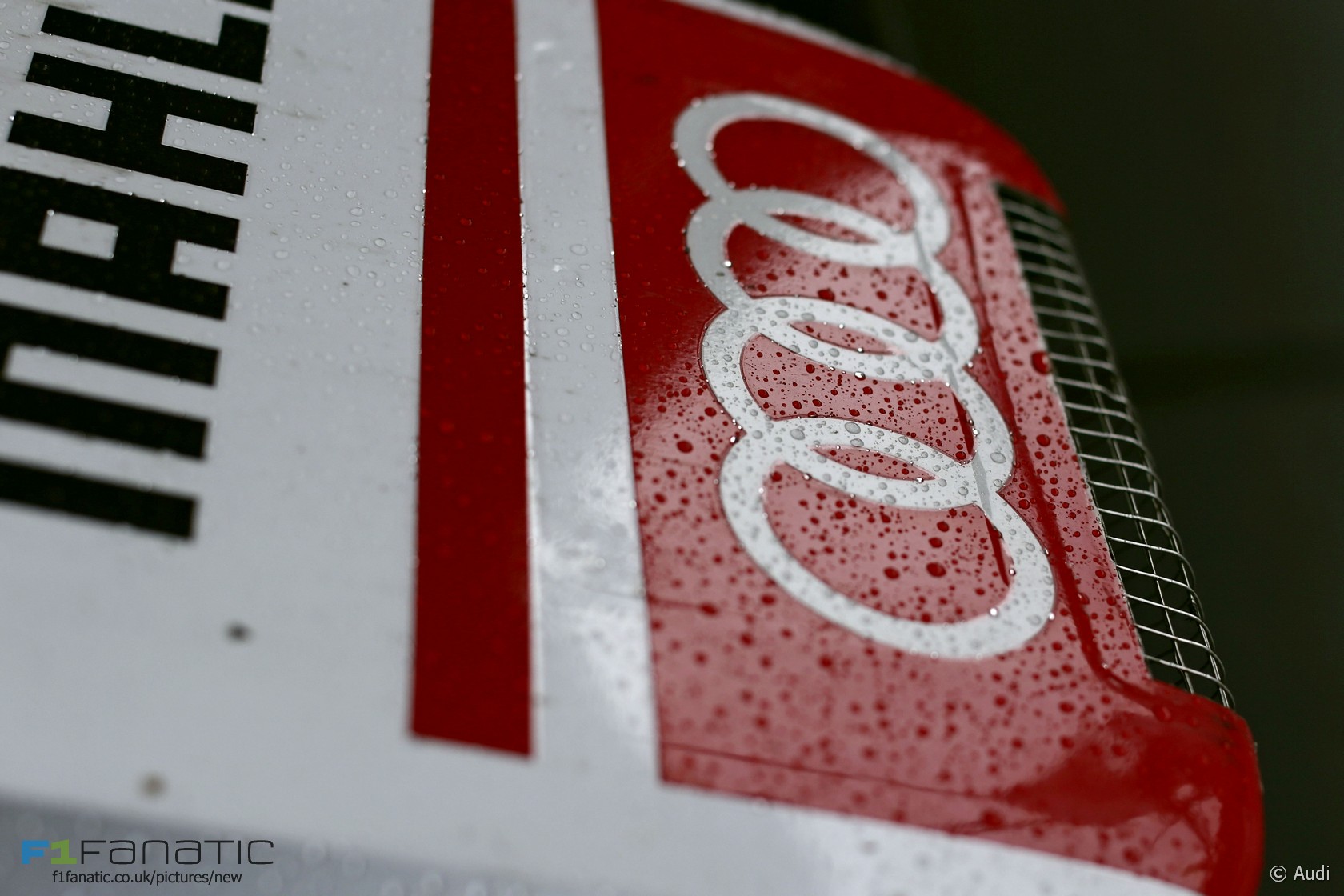 In the round-up: Audi denies it plans to race in Formula One, after Red Bull motor sport director Helmut Marko indicated the team were interested in joining forces with the German car manufacturer.

Germany's Audi rules out entry into Formula One racing (Reuters)

"German daily Handelsblatt on Monday reported that Audi Chief Executive Rupert Stadler had ruled out an entry into Formula One after speculation of a partnership with former champions Red Bull. 'Formula One needs to solve its problems on its own,' Handelsblatt quoted Stadler as saying in its Monday edition."

"I don't want to go to Canada with the same problem of traction otherwise it will be a nightmare."

"(In Spain) our simulations until the retirement put us in ninth place, so (that) was already the first opportunity to get the points. In Monaco it will be the second."

"The way they are going about it, Honda are formidable - in their approach, investment and determination"

"It is the job of the managers to make sure of things off the track so that Valtteri has a chance to become a world champion one day."

Former Formula One driver Renzo Zorzi has died at the age of 68.

@McLarenF1 @LewisHamilton Well, they do say imitation is the sincerest form of flattery ;) pic.twitter.com/GmXUyzvJrO

Dear FIA, please stop press releases about landmarks for female drivers. They compete as equals. Or are you saying 'not bad for a woman'?

The Strategy Group’s plan to bring back refuelling in 2017 has been the biggest talking point on F1 Fanatic since it was announced on Friday. Here are a couple of conflicting views – make sure you add your vote to the poll here:

I have to agree with the majority of cases for leaving re-fuelling out of F1. If the purpose of re-introducing it is to ‘liven up the show’ then it is more likely to have a negative effect and passes will more likely be made in the pits.

OK so we have that to an extent at the moment where teams use pit stops to try to “under-cut” their opponents, but re-fuelling will have a greater influence on pit-stop passes.

My opinion is that the cars need to be tougher to drive. Present day F1 drivers have been often commenting on the ease at which these cars can be driven, and how they admit not being at 100% capcity within the car. If the cars were trickier to handle, more mistakes will be made (unless you’re a certain Venezuelan of course) which will lead to more on-track overtaking.

If F1 had hardier tyres that didn’t require constant managing, and less reliance on aerodynamic grip (and more on mechanical grip) it would allow drivers to have a greater chance of following the car in front, push more and give chance to more organic overtaking manoeuvres (not DRS-assisted).
@Pukktpie

It will generate good battles on track as well as pits.

But with degrading Pirellis, we won’t be sure what will work as the undercut has advantage of fresher tyres but the disadvantage of heavier fuel load thus making it possible that both undercut and overcut work in different races depending upon traffic, track and pace difference between cars.

There will be equal onus on pit crews, drivers and team strategists to make an overtake happen. F1 will be back to being a team sport again.
Sumedh

Alain Prost won the Monaco Grand Prix 30 years ago today despite the best efforts of Michele Alboreto who took the lead on two separate occasions only to be caught out by oil on the track at first and a puncture the second time. The oil had been left by this collision between Riccardo Patrese and Nelson Piquet:

81 comments on “Audi rules out Formula One entry”