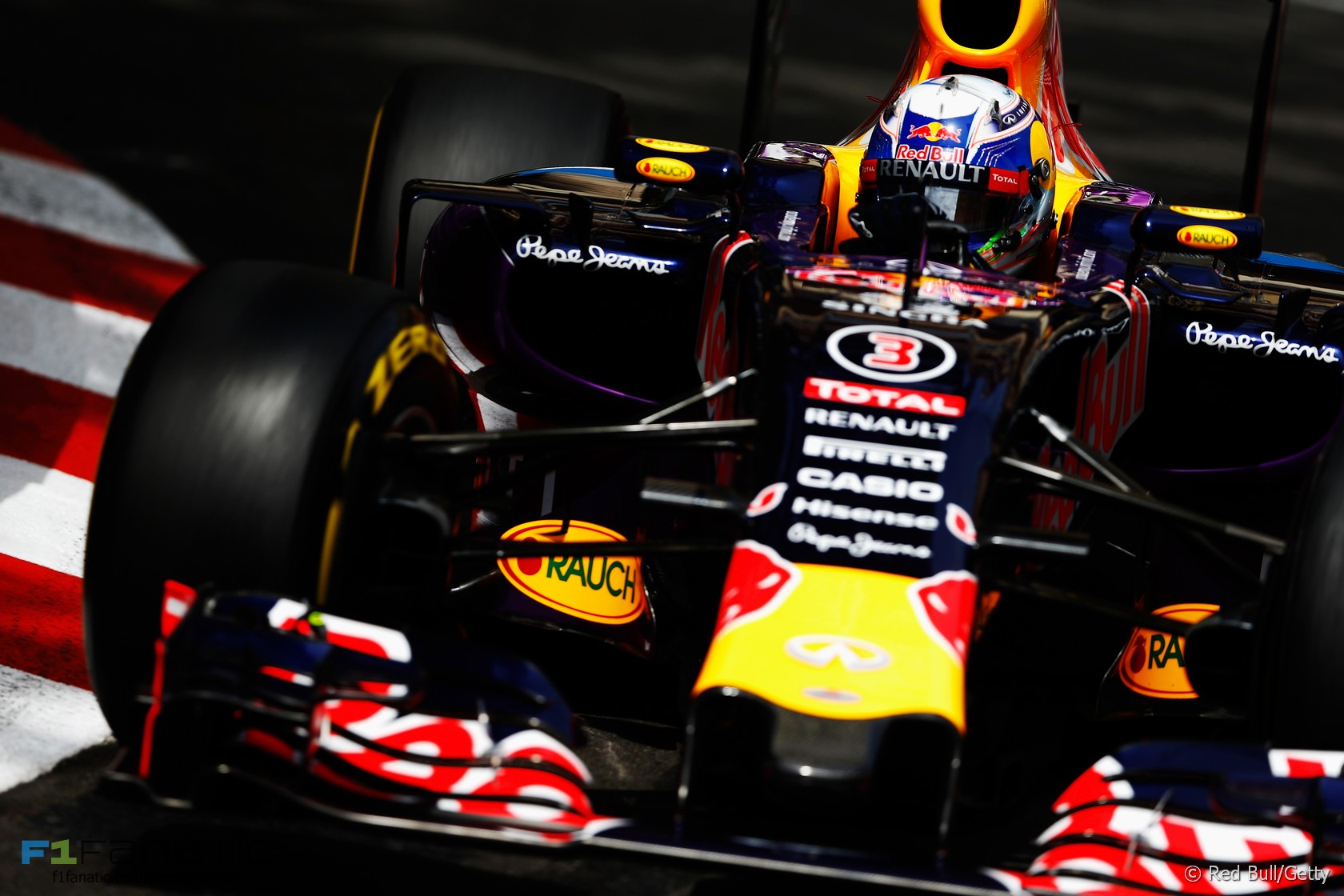 Lewis Hamilton’s late pit stop in the Monaco Grand Prix ended up costing him a likely victory. But he wasn’t the only driver who headed for the pits when the Safety Car came out.

Daniel Ricciardo also took the opportunity to put on a fresh set of soft tyres, and showed the potential of the strategy. Ricciardo had fallen behind Kimi Raikkonen earlier in the race when the pair made what they expected would be their only pit stops of the race. However the Safety Cary period triggered by the crash involving Max Verstappen and Romain Grosjean created an opportunity for some drivers to put on a fresher set of tyres without losing any time.

Red Bull duly brought Ricciardo in and using the benefit of his faster rubber he was able to re-pass Raikkonen on the track with a muscular move heading into Mirabeau.

They even instructed Daniil Kvyat to let his team mate past in order to attack Hamilton. But Ricciardo wasn’t able to make it through and duly returned the place to Kvyat on the final tour.

By then he had already set the race’s fastest lap. Hamilton, however, was so comprehensively stuck behind Sebastian Vettel that despite having newer and softer tyres than his team mate he wasn’t able to lap any quicker.