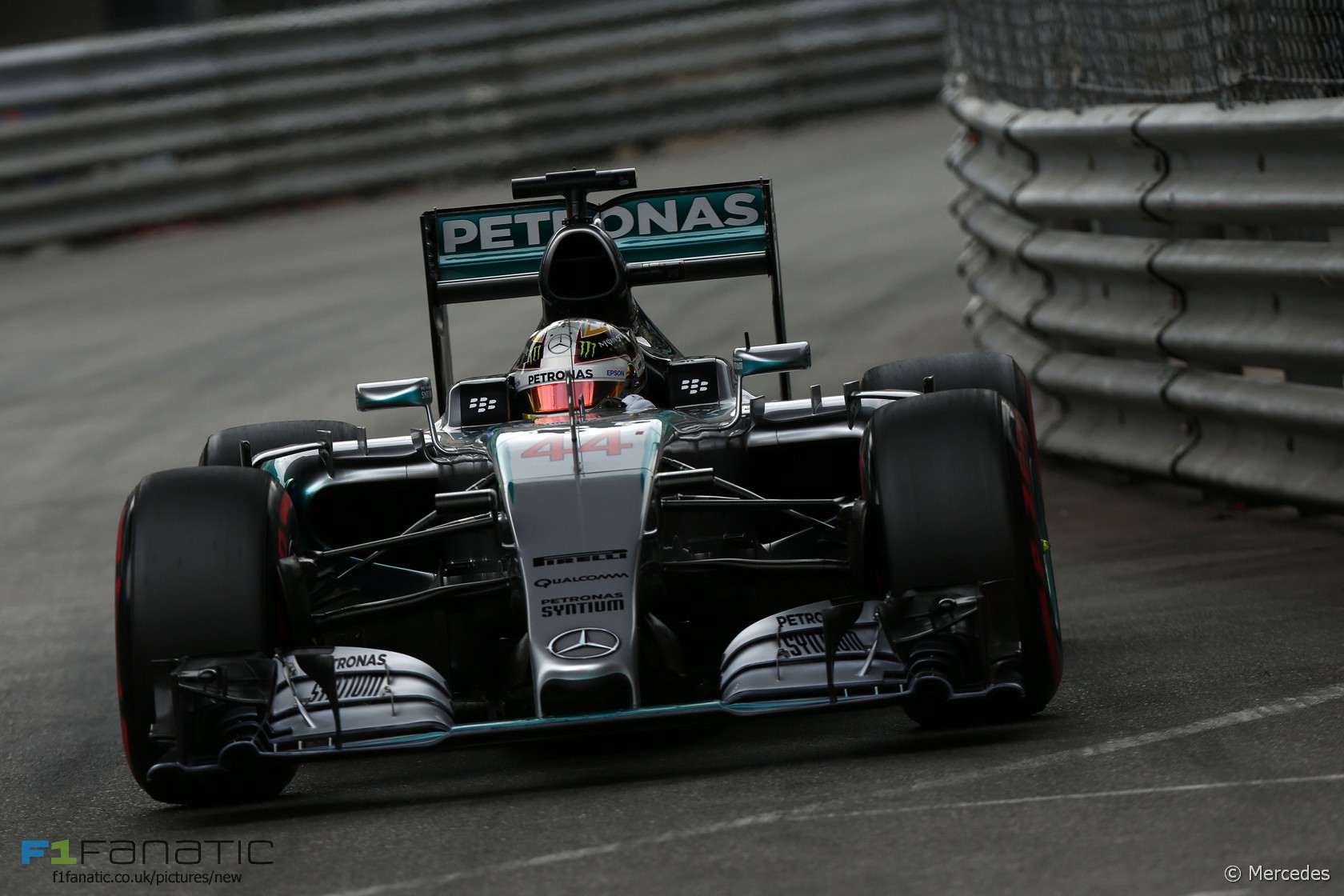 Lewis Hamilton must be wondering whether there are any new ways left that a routine visit to the pits could wreck his race.

Losing a near-certain win in yesterday’s Monaco Grand Prix was the latest in a string of blunders, controversies and near-misses involving him on the pit lane.

Hamilton’s stunning turn of speed in his first F1 campaign made for a tense rivalry with McLaren team mate Fernando Alonso in 2007. It erupted to the surface in a pit lane incident in qualifying for that year’s Hungarian Grand Prix.

Then as now, the running order of the team’s cars was crucial, and when Hamilton refused to make way for Alonso early in the final part of qualifying, his team mate took matters into his own hands. As the paired waited in the McLaren pit box ahead of their final runs Alonso purposefully dawdled, leaving Hamilton insufficient time to complete his final lap.

Alonso took pole position but the stewards stepped in, penalising him for impeding his team mate. That restored Hamilton to pole position and he went on to win the race.

But while this pit lane drama may not have harmed Hamilton’s championship chances in the short-term, the knock-on effects for him and McLaren were dire. An incensed Alonso revealed to the FIA details of the team’s use of confidential information belonging to Ferrari, and the team was thrown out of the constructors’ championship.

Hamilton might still have won the 2007 drivers’ championship had he and McLaren been a bit more circumspect during that year’s race at Shanghai. In wet conditions Hamilton seemed to be cruising to victory and coronation as the sport’s first rookie champion.

But he and McLaren misread the drying track. Hamilton continued lapping until his intermediate tyres were won down to the cords. Having lapped an incredible 7.7 seconds slower than Alonso on his last tour, Hamilton finally headed for the pits.

The left-hander at the pit entrance proved too much for his exhausted Bridgestones. The McLaren understeered wide and slowly came to an agonising stop metres away from the pit entrance.

“I think with hindsight we left him out a lap too long,” was the somewhat understated view of then McLaren deputy Martin Whitmarsh. A gearbox glitch in the season finale in Brazil two weeks later finished Hamilton’s title hopes. The following year in Canada, Hamilton again looked on course to win until it all went wrong in the pits. Hamilton led most of the field in during a Safety Car period, but a sluggish stop dropped him behind Kimi Raikkonen and Robert Kubica.

That pair stopped side-by-side at the pit lane exit where a red light was showing, but Hamilton wasn’t expecting it and didn’t see it. He swerved left, missing Kubica, but planted his McLaren into the back of Raikkonen’s Ferrari. Not wanting to miss out on the fun, Nico Rosberg’s Williams then skidded into Hamilton.

“I don’t know what happened,” said Hamilton afterwards. “I saw the red light but by that time it was too late.” According to Whitmarsh, Hamilton had been warned the pit exit was likely to be closed.

In a situation which was the opposite of Hamilton’s drama in Monaco yesterday, at Hockenheim in 2008 he was leading comfortably when the Safety Car came out and his team decided not to bring him in.

Hamilton had to make a further stop to fit the softer medium tyres, and when the Safety Car came in he was unable to build up enough of a gap to retain the lead after pitting. He resumed in fifth place.

Fortunately for Hamilton overtaking at the Hockenheimring is rather easier than doing so in Monaco. His first target, team mate Heikki Kovalainen, did not make life difficult for him. Nick Heidfeld pitted and came out behind the McLaren, leaving Hamilton to pick off title rival Felipe Massa and surprise leader Nelson Piquet Jnr to recover the win and spare McLaren’s blushes.

Running third at Melbourne and stuck behind Kubica’s Renault, McLaren chose to bring Hamilton in for an extra pit stop, reacting to the same tactics being used by the chasing Mark Webber and Rosberg.

However this dropped him behind the two Ferraris, and despite catching them at up to two-and-a-half seconds per lap Hamilton struggled to find a way past Alonso. He began to question why the team had brought him in for a stop which had not been Mandatory. “My tyres were fine,” he said on the radio.

With two laps to go Hamilton lined up Alonso for a pass but was bundled into a gravel trap by Webber. He managed to rejoin, but a likely podium had been transformed into sixth place.

Now he let McLaren have it. “I’m telling you what, guys,” he said, “you pulled me in and ruined my race”. He could have said the same thing yesterday.

Judging when to pit in mixed conditions is part weather radar intelligence, part driving feel and part instinct. For Hamilton and team mate Jenson Button, jousting for the lead in the drizzle on the 51st lap of the 2011 Hungarian Grand Prix, the moment they took different paths guaranteed one of them would be in the wrong.

It turned out it was Hamilton: Having switched to intermediate tyres the track dried out and he was quickly back in for slicks. A drive-through penalty for a driving infringement compounded his woes – he finished off the podium on a day when he might have won. Hamilton did not leave his pit troubles behind when he switched from McLaren to Mercedes at the end of 2012. Running behind Rosberg at Monaco two years ago, the pair pitted together when the Safety Car came out after Massa crashed.

As Hamilton would need to wait behind Rosberg in the pit box, Mercedes advised him to back off on the way in. But he slowed down too much allowing the two Red Bulls, which had already pitted, to jump ahead of him.

“Can’t believe we lost position to the two Red Bulls,” said Hamilton, adding, “Sorry about that.”

Twelve months later Hamilton rued not taking the opportunity to pit when a Safety Car period was imminent, which cost him a potential chance to take the lead off Rosberg. However later in the year in Austria Hamilton brushed off claims that slow pit stops by his team might have cost him a potential win.

Does Hamilton have unusually bad luck in the pits? Is there any reason for it or has he just suffered a strong of random misfortunes?