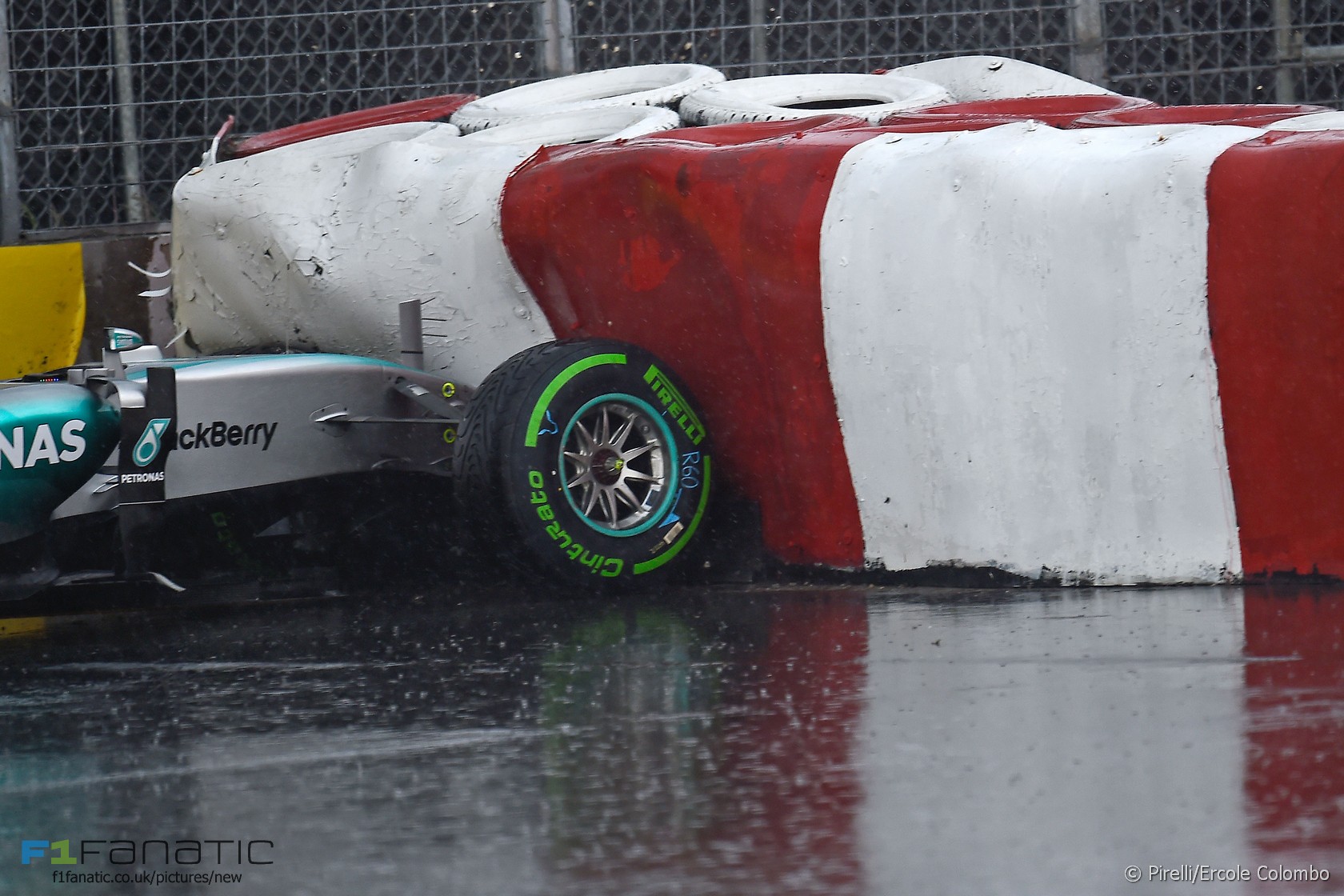 Mercedes has explained why it sent both its drivers out during the rain in today’s second practice session, which led to Lewis Hamilton crashing his car.

Hamilton and Nico Rosberg had left the pits on intermediate tyres even though rain was falling increasingly heavily.

Executive director for technical Paddy Lowe explained the drivers had been sent out “to do some practice race starts – that’s a normal part of our P2 programme”.

“Because the programme was very condensed in the short window of dry weather that we have we chose not to do those practice starts during the dry period but then to go out before it became very wet indeed and try to get two or three race starts done.

“Unfortunately the conditions worsened quicker than we’d anticipated and the conditions caught Lewis out in an unfortunate manner. But we’ll get it sorted for tomorrow, it should be all fine.”

Hamilton had been told to come in to switch to full wet weather tyres shortly before he crashed.

The marshals who recovered Hamilton’s car appeared to cause further damage to it with one of their cranes. “We were worried watching that,” said Lowe. “I think there’s some minor damage to the rear end which came from the crane handling, but nothing serious.”

Lowe also confirmed the team has made changes in its approach to deciding race strategy following the call which cost Hamilton victory in the Monaco Grand Prix.

“There was some problems with the software so we’ve fixed some of the bugs that were in that,” he said, “changed some of our communications and freed up some of the people involved so they have a bit more capacity.”