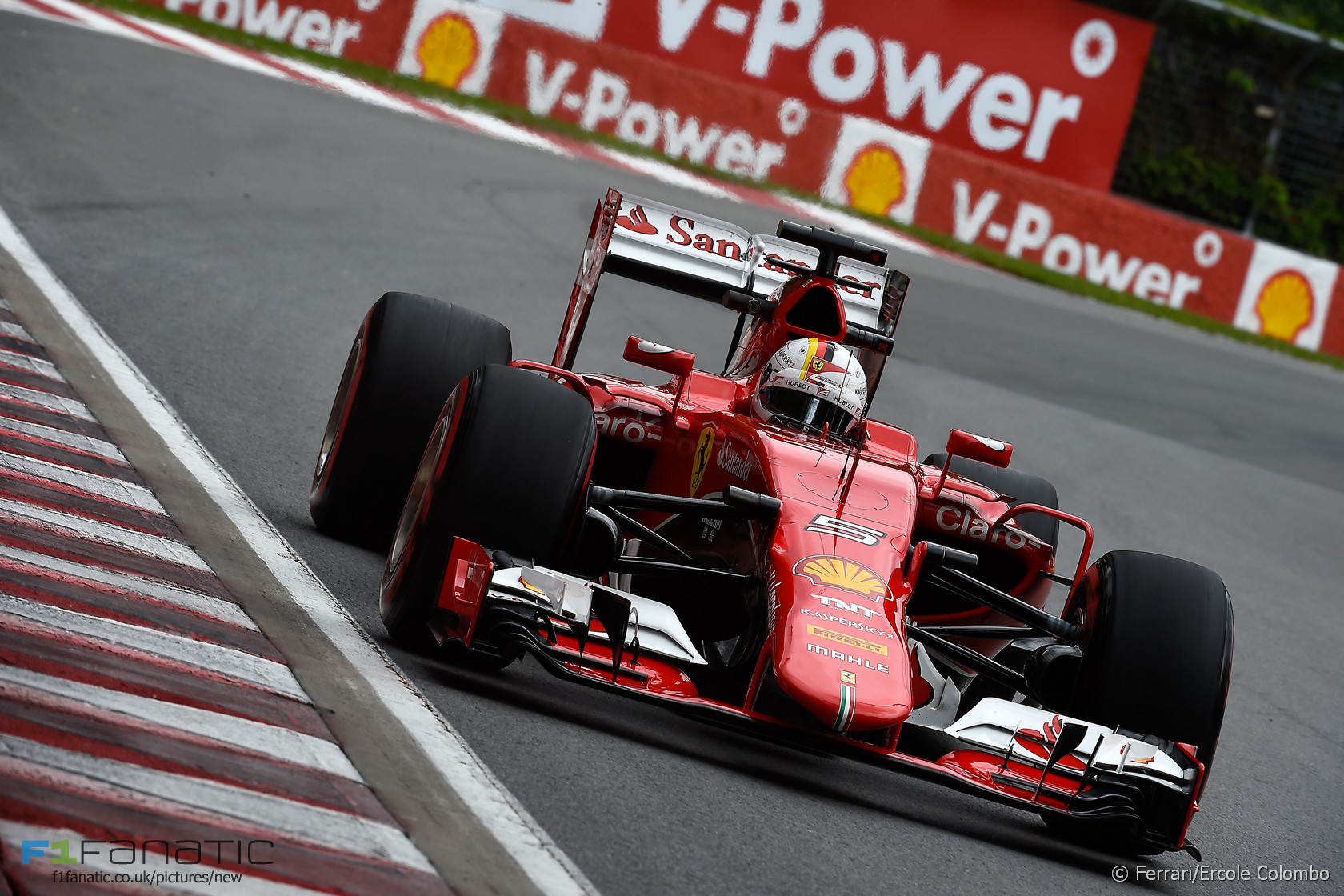 Sebastian Vettel has been docked five places on the grid for failing to obey a red flag during final practice.

Vettel was found to have overtaken Roberto Merhi when the final practice session was halted due to Jenson Button’s McLaren stopping on the track, which he admitted when asked by the stewards.

The Ferrari driver had only qualified in 16th place following a problem with his power unit in qualifying. He has also been given three penalty points on his licence for the infringement. He did not previously have any.

Vettel said his technical problem in qualifying was not related to a similar problem he had during final practice, and he expects it to be fixed in time for the race.

“Right from the start we didn’t have the full power available,” said Vettel, “so when I went out for the first run we tried to fix the problem, but we couldn’t. Due to the lack of power we couldn’t make it further.”

“For sure we have to investigate but I don’t think that there’s anything to do with the engine. I think it has more to do with the electronical side, but I am confident that we can fix the problem in time for tomorrow’s race.

“We have plenty of tyres and anything can happen. We have a strong car and a strong pace, so I should be able to score good points. The problem we had this morning in FP3 was completely unrelated.”