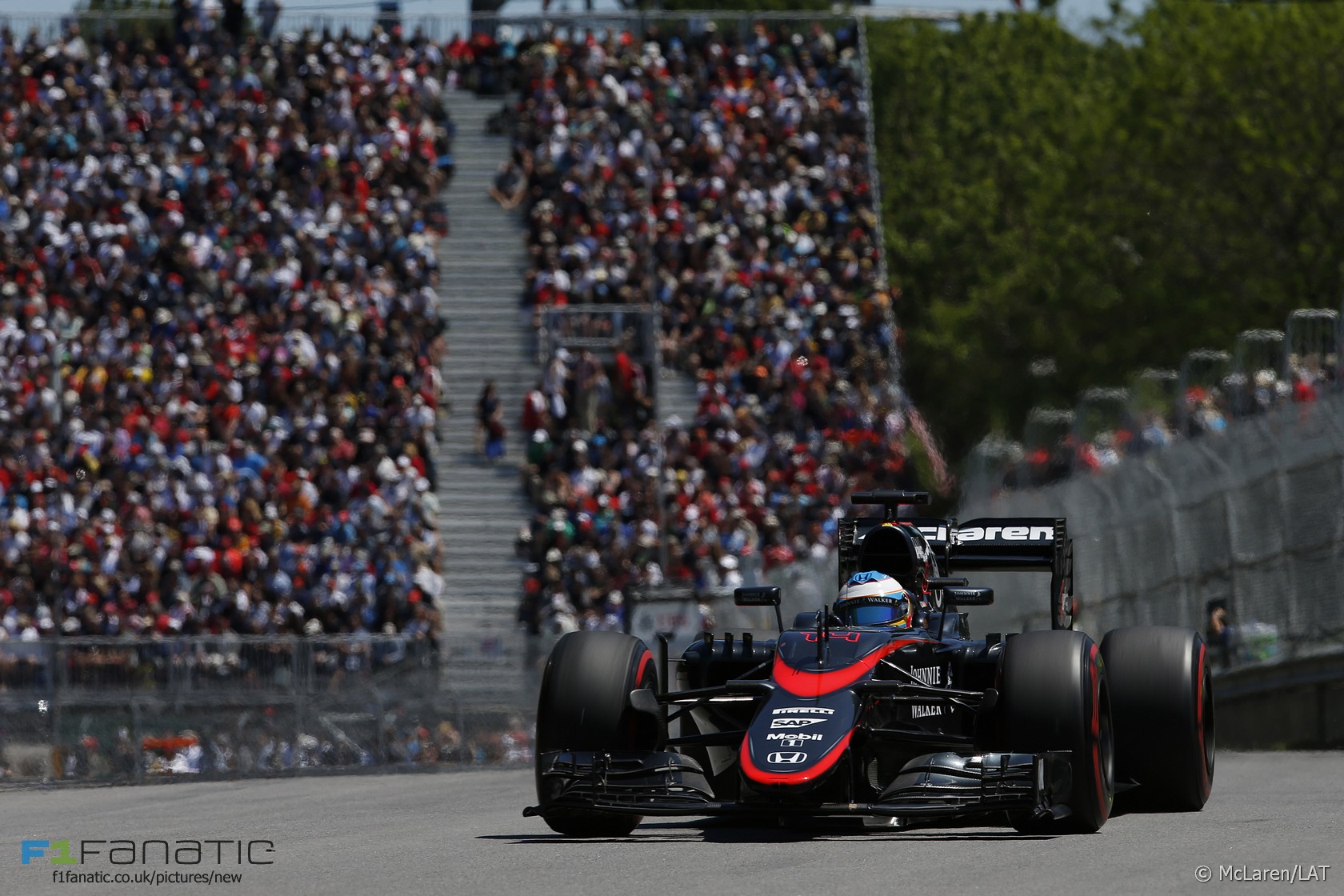 Fuel saving was a major preoccupation for both McLaren drivers during the Canadian Grand Prix – and both were destined not to finish on another difficult weekend for McLaren.

Both drivers were sidelined with exhaust failures of different types, according to Honda.

During the race an unhappy Fernando Alonso refused to go along with his team’s instruction to save fuel at one point, having already been passed by several of his rivals. When warned by race engineer Mark Temple they would have “big problems” if he didn’t, Alonso replied: “Already I have big problems now.”

“Driving with this, looking like amateur,” he continued. “So I race and then I concentrate on the fuel.”

Afterwards Alonso denied the message had been a sign of his frustration. “I have some battles going on, I have to save fuel, save tyres,” he explained, “and after three or four reminders I said ‘first let me race’ because there is my good motivation now”.

“I have cars around, and then we are alone at the end of the race we save fuel at that race. That’s the only thing: we are fighting for positions that are not that important.”

“Also the fuel saving on the optimal race is not even that important. So we just need to have some fun – and I did, having some battles. It was the best part of the race, probably, when we were fighting with other cars.”

Jenson Button said the Montreal circuit showed up his car’s poor fuel efficiency – and warend it could be a problem at the next raec in Austria as well.

“I think one of our biggest issues was fuel-saving,” he said. “Then you lose tyre temperature as well. The pace on the actual old soft tyres was not actually too bad.”

“Everyone fuel-saves but if you don’t have the straight=line speed you use more fuel because you’re at full throttle for longer,” he added.

“Maybe some of it is efficiency, maybe we’re running too much downforce or something, I don’t know, but something we need to solve for the next one because the next one’s also quite tough for straights. Not as bad as here, but still it’s going to be a tricky one for us.”